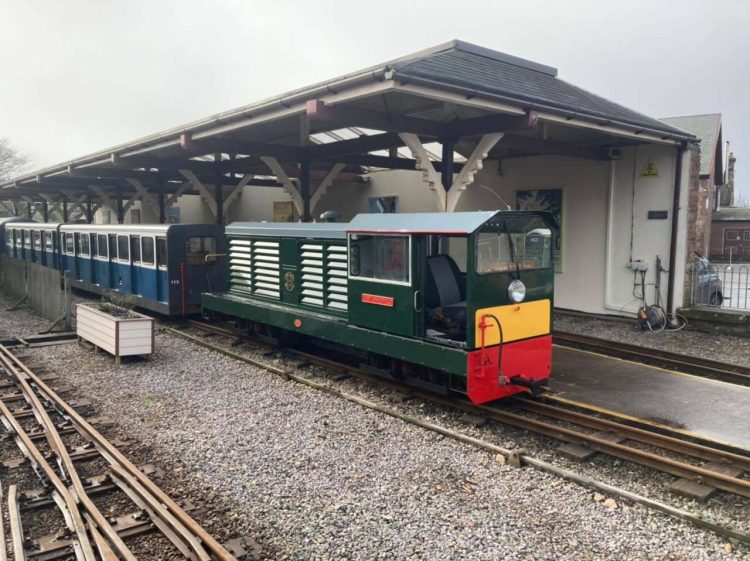 The Ravenglass and Eskdale Railway has revealed photos of No. 8 ‘Lady Wakefield after a repaint.

The diesel locomotive emerged from the paint shop in late February, looking in pristine condition.

Lady Wakefield was designed and built at the Ravenglass and Eskdale Railway workshops, with construction starting in 1978 before being completed in 1980.

The design of the locomotive has proved popular, with the likes of the Romney, Hythe and Dymchurch and the Ruislip Lido Railway both being influenced by the design of Lady Wakefield for their own locomotives.

Douglas Ferreria, completed in 2005, is the latest development of the same design concept.

Lady Wakefield can be seen on both p-way trains as well as some of the heaviest passenger trains. An annual duty for the locomotive is the provide propulsion for the rail-mounted flail mover used to manage the lineside.

Preparation for the repaint began in 2019, but the locomotives repaint started in August 2020 when the locomotive could be spared from traffic for a full repaint.

The livery is based on the British Railways Class 20 livery that it has carried since 2008.

Steam locomotive Ann returns to steam as overhaul is complete Extra trains are being added to the timetable at Ravenglass & Eskdale Railway, there will be steam services...