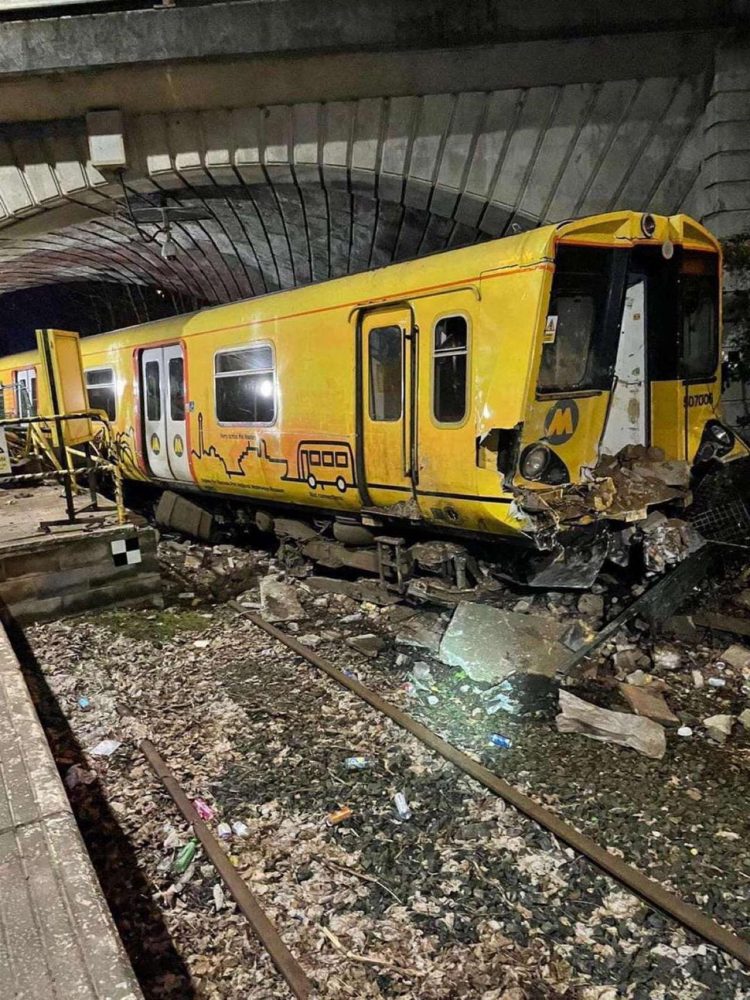 Merseyrail has said that trains are being started and terminated at Rice Lane after an operational incident.

The train operator has said that the emergency services are in attendance, but no injuries are believed to have been sustained.

Rail replacement bus services are in operation between Kirkby and Rice Lane.

The British Transport Police has said “We were called to Kirkby station at 7.01 pm this evening following reports that a train derailed while travelling into the station. Officers, paramedics and fire services attended – thankfully no one sustained serious injuries. Enquiries are ongoing.”

Merseyrail has said “Due to an operational incident at Kirkby. Services on the Kirkby line are meeting with delays and will start and terminate at Rice Lane. There are no reports of any injuries and emergency services are on site.”

Kirkby station is an interchange for Merseyrail and Northern services with a pair of buffers in between. As seen in the video shared on Twitter below, it appears the train may have gone straight through these buffers.

The Office of Rail and Road has said “The ORR is aware of an incident at Kirkby and is making preliminary enquiries.”

The Fire Service has said that the incident involves one train that has derailed and has hit a bridge.

MFRS has also said that the driver has been assisted from the train and is being assessed by paramedics.

Crews were alerted at 7.01pm and on scene at 7.05pm. Two fire engines are currently in attendance as well as the search and rescue appliance.

The incident involves one train which has derailed and hit a bridge. Passengers have been evacuated from the train and there are not believed to be any injuries.

The driver of the train has been assisted from the train and is currently being assessed by paramedics from North West Ambulance Service.

Merseyside Police are also in attendance.”

Discover the history of East Anglia with new Podcast series

From Monday, 2nd May, train services across most of the Merseyrail network will operate a 15-minute service.

Northern calls for racegoers attending the Grand National this Saturday to support the ‘favourite’ transport option and travel by train to Aintree.