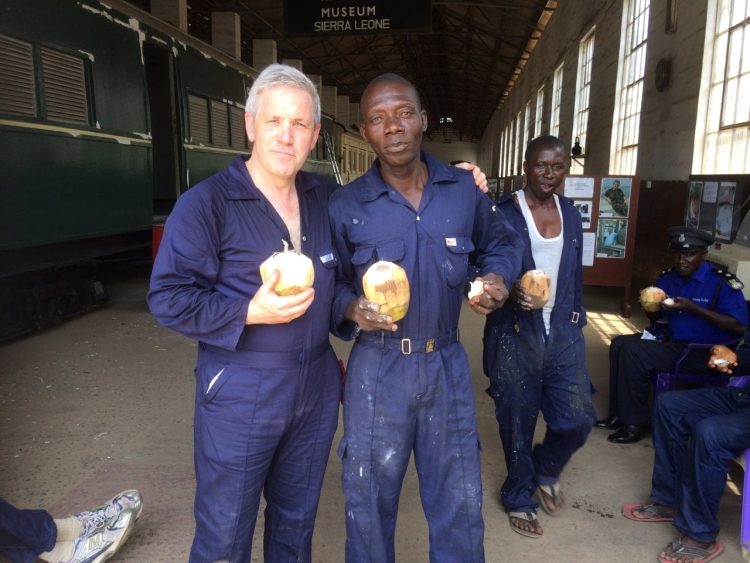 Steve Davies MBE from the A1 Steam Locomotive Trust will be featuring in a new talk from the Wensleydale Railway.

Steve is a former Colonel in the British Army and is a lifelong rail enthusiast, and is currently Chairman on the A1 Steam Locomotive Trust.

The Sierra Leone National Railway Museum was established by Steve, Deputy Commander of the International Military Advisory Training Team in Sierra Leone, working with a team of young unemployed Sierra Leoneans in his spare time.

Together, they turned a shed of locomotives, abandoned in 1974, into the country’s first railway museum.

You can join the talk via Zoom or via the Wensleydale Railway Facebook Page.

Educational groups can explore the history of the Wensleydale Railway

The Wensleydale Railway is recruiting a General Manager Network Rail looks to Wensleydale Railway for the training of track teams in safety and managing vegetation.