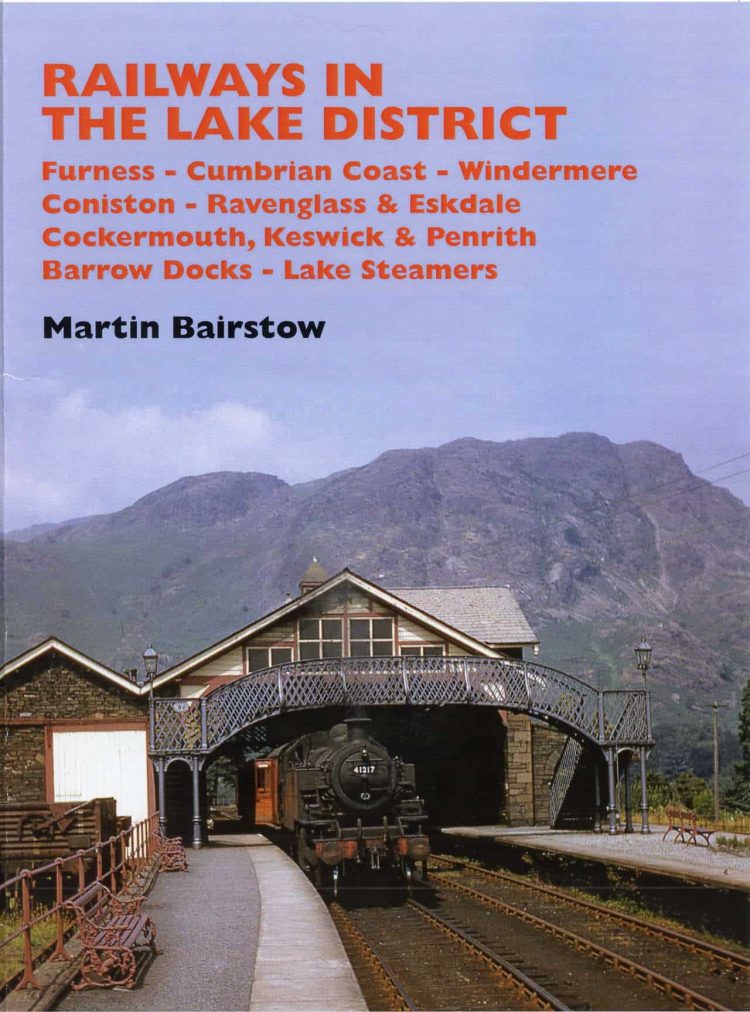 Staycations are set to be popular in 2021 as the UK recovers from its third national lockdown, so it may be an appropriate time for a book to be revised and updated.

Martin Bairstow first published Railways Of The Lake District in 1995 and was a popular book amongst visitors and enthusiasts wanting to learn more about the local history.

Since then, as Martin has found improvements on the network of lines in the area have been made, as his introduction says:

“The passenger timetable on the Cumbrian Coast is the best ever. The lake steamers have continued to develop”

“But the Windermere branch has stagnated, with frequent interruptions  to service and endless talk of electrification  which was eventually approved and then cancelled.”

Martin also points out that most of the lines were built for freight, and scenery came second.

The branch to Coniston was built for copper mining, and even the Ravenglass and Eskdale line, originally built to a three-foot gauge before being narrowed to today’s narrow gauge heritage line, was built for mineral freight.

Martin covers steamers extensively in the illustrated book, as are tramways and branch lines.

The main topics of the book are Furness, Cumbrian Coast, Windermere, Coniston, Ravenglass and Eskdale as well as the Ulverston Canal, Barrow in Furness’ Tramway and the Lakeside to Haverthwaite.

The author also goes into why Ambleside never had a railway.

The book is available from Amazon, the Ravenglass and Eskdale Railway, Carnforth Bookshop, Mounsey’s Bookshop in Otley, plus the Keighley and Worth Valley Railway. RailAdvent Plus members can get 25% off books at Pen and Sword!