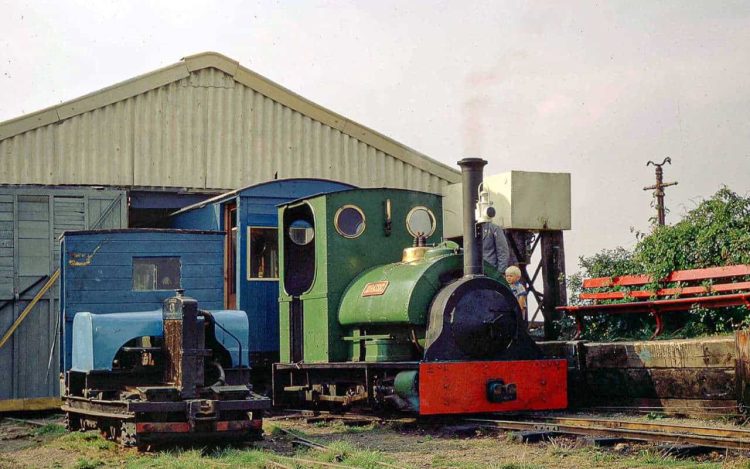 A previously unseen collection of the Lincolnshire Coast Light Railway photos has been published after more than 50 years.

The line opened in August 1960 at North Sea Lane in Humberston and was built to take holidaymakers to the nearby beach and holiday camp.

To allow the Grimsby Rural District Council to use the railway site for caravan trade, the LCLR relocated from 1966, and 50 yards south to the new Beach station and then a new station at Fitties, known as South Sea Lane.

However, holiday patterns changed, and the line closed in 1985, with the collection going to Burgh-le-Marsh.

Fast forward a couple of decades, and the collection and railway reopened some 42 miles south in Skegness Water Leisure Park, reopening in 2009.

The original route is close to what is now known as the Cleethorpes Coast Light Railway, and this even has a station called North Sea Lane and has hopes to extend further towards the original LCLR terminus.

Mike Swift, former secretary of the Narrow Gauge Railway Society was prompted to have a look for more colour slides of the opening day, and these have now been passed on to the LCLR Historic Vehicles Trust.

LCLR spokesman John Chappell said: “These wonderful old photographs help us record the history of our pioneering railway and its place in demonstrating the history of the world’s narrow gauge railways. We hope that when lock-down restrictions are eased, we can again let people sample the experience of riding trains that date back to the trench railways of the World War One battlefields and before. We’re very grateful to everyone who has sent us these photos and especially to our friends at Cleethorpes and in the NGRS for initiating this.”

£300,000 loan for East Lancashire Railway secured in fight for survival After the last trains of the season, volunteers at the Lincolnshire Coast Light Railway start work on the...