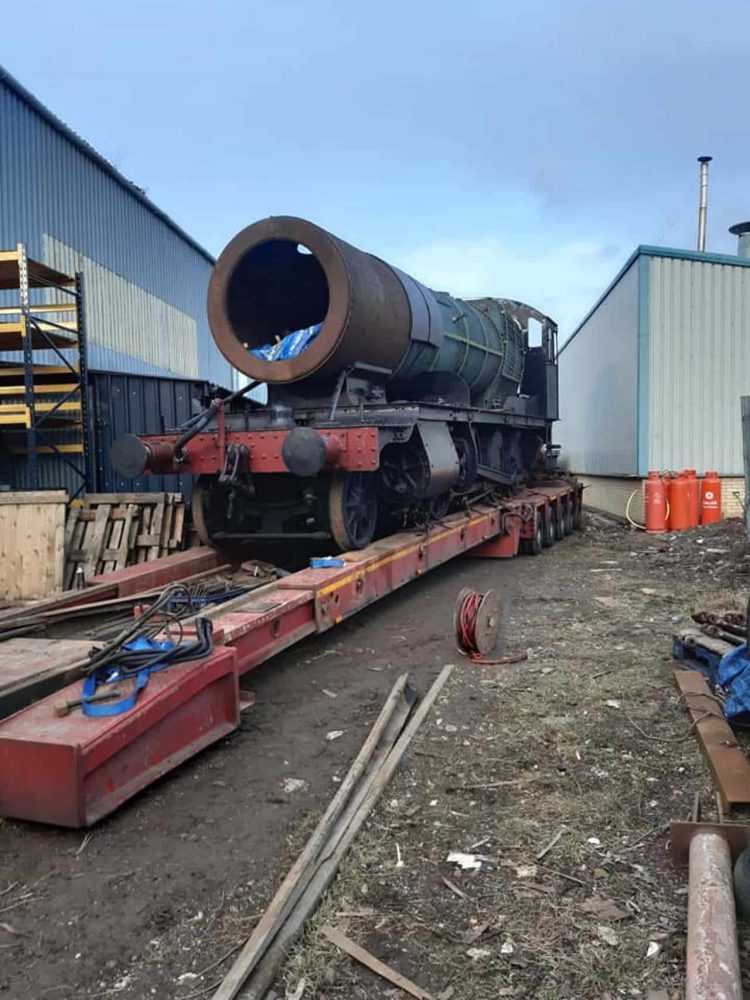 The Restoration of GWR 3814 Facebook page has confirmed that 3814 has moved to its new home of Northern Steam Engineering Limited, or NSEL, in Stockton-on-Tees.

This is the third time that GWR 3814 has moved home. When the restoration project bought 3814 from Barry in 1986, they signed an agreement with the North Yorkshire Moors Railway to allow the locomotive to be stored there, whilst the NYMR provided access to facilities.

Work started with a volunteer group and a project manager, where huge amounts of progress were made on the chassis and tender.

The Restoration of GWR 3814 told RailAdvent that back in 2003, the NYMR approached them and offered to overhaul the locomotive as soon as possible, with the locomotive in their operational plans for 2010. However, with a personnel change. The locomotive was in the NELPG shed at Grosmont but was shunted outside for a pit to be built. This then left the locomotive outside and exposed to the elements.

Permission for the locomotive to be stored in the NELPG shed was renewed, but the locomotive was still isolated against the running line, according to the GWR 3814 Project.

2016 saw the tender move from the North Yorkshire Moors Railway to the Llangollen Railway, with the loco following in September 2018.

The project has told RailAdvent that despite documented problems, work started at the Llangollen Railway in 2020, but COVID struck, with the boiler cladding delivered just before lockdown.

However, the project received an email in December to say the engineering department at the Llangollen Railway was closing, and the locomotive needed to be moved.

So, the project achieved nothing in two years, apart from paying for the transport costs to the Llangollen Railway, and of course, having to pay for it to be moved again.

So… 3rd time lucky. Lots of suggestions and quotes, but the project said to RailAdvent that they needed ‘somewhere with the facilities to complete the whole project asap’.

The Llangollen Railway will keep the tender to complete work that the project had paid for in time for 6880 Betton Grange to use in September 2021 as per the hire agreement.

No completion date or railway home has been announced yet, but it looks like good news for the project.