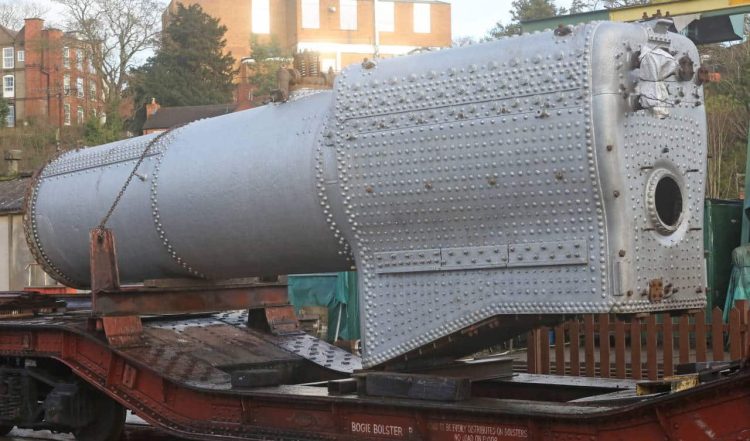 The boiler for steam locomotive 4930 Hagley Hall has returned to the Severn Valley Railway after extensive work at Northern Steam Engineering.

4930’s boiler returned after 18 months of work by Northern Steam Engineering, who are based in Stockton. The company previously built a brand new tender tank for the locomotive.

Substantial work on the boiler has been completed, including new side sheets, throat plate and doorplate sections of the firebox.

The work also included the insertion of a patch in the boiler and a complete retube.

Before it returned to the Severn Valley Railway, a steam test was completed, where the safety valves were lifted for the first time since October 1986.

Danny Dymott of Northern Steam Engineering said: “This has been a major overhaul with the inner firebox being removed from the boiler and stripped to component parts. It’s included a 75% new outer firebox, a new front tubeplate, produced by ourselves at Northern Steam Engineering using traditional methods, and fitting of all-new fire box stays produced at Bridgnorth by the Severn Valley Railway’s engineering team.”

“The Covid-19 pandemic caused slight delays to the project but we are very pleased to announce that the boiler is now complete, bringing to an end a successful project that has been delivered on target and to budget. We look forward to seeing the progress at Bridgnorth with the locomotive’s overhaul, and its return to traffic as soon as possible.”

Martin White, the SVR’s head of engineering added: “The return of Hagley Hall’s boiler is the conclusion of 32 months of collaboration between the SVR and Northern Steam Engineering (NSE). An excellent working relationship has been developed between our two organisations, and although the work has been carried out at NSE premises, there are many components in the boiler, which were produced by SVR personnel at Bridgnorth and shipped to NSE at Stockton. In the overall Hagley Hall project, delivery of the boiler is just one task that is now ticked off, albeit a fairly large and substantial one.”

Thirty-five years after Hagley Hall’s last steaming on the Seven Valley Railway, project leader David Fulcher-Insull is confident that the return of this key component brings the loco’s return to service a significant step closer: “It’s always been a bit of a concern whether it would be ready; the delivery of the boiler now means we’ve got everything to move on to complete the project. We’re on target.”

Hagley Hall was once the flagship locomotive at the Severn Valley Railway, it was built in 1929 by the Great Western Railway and ran for more than a million miles in service before being withdrawn in 1963.

In June 1972, it was rescued from Dai Woodham’s yard by SVR Holdings Co and was overhauled and operated the reopening train for Kidderminster Town in 1984.

The boiler for Hagley Hall is now in its temporary home at Bridgnorth on a wagon to allow volunteers access whilst restoration work continues. Hagley Hall has now been under Severn Valley Railway ownership longer than it was with Great Western Railway, so has become a favourite of visitors and volunteers alike.

Chairman Paul Hobson said: “The Friends of Locomotive 4930 Hagley Hall group are delighted that a significant milestone in the restoration of the locomotive has been achieved with the completion and return of the boiler to Bridgnorth; for which we extend our thanks to our friends at Northern Steam Engineering.”

“The fundraising initiative, begun by the ‘Friends’ group in 1999 and since admirably supported by our faithful ‘donor Friends’ over many years, now has the finishing line in sight. Together, with the generous support of the SVR Charitable Trust and the £95,000 contribution from our grant-aid partner The National Lottery Heritage Fund, we should see the reassembly and completion of the overhaul of 4930 by the engineering team at Bridgnorth Works over the next 12 months. We can all now look forward to being able to see, hear and smell our flagship locomotive Hagley Hall in steam for the first time in 35 years, which will be a moment to savour indeed.” 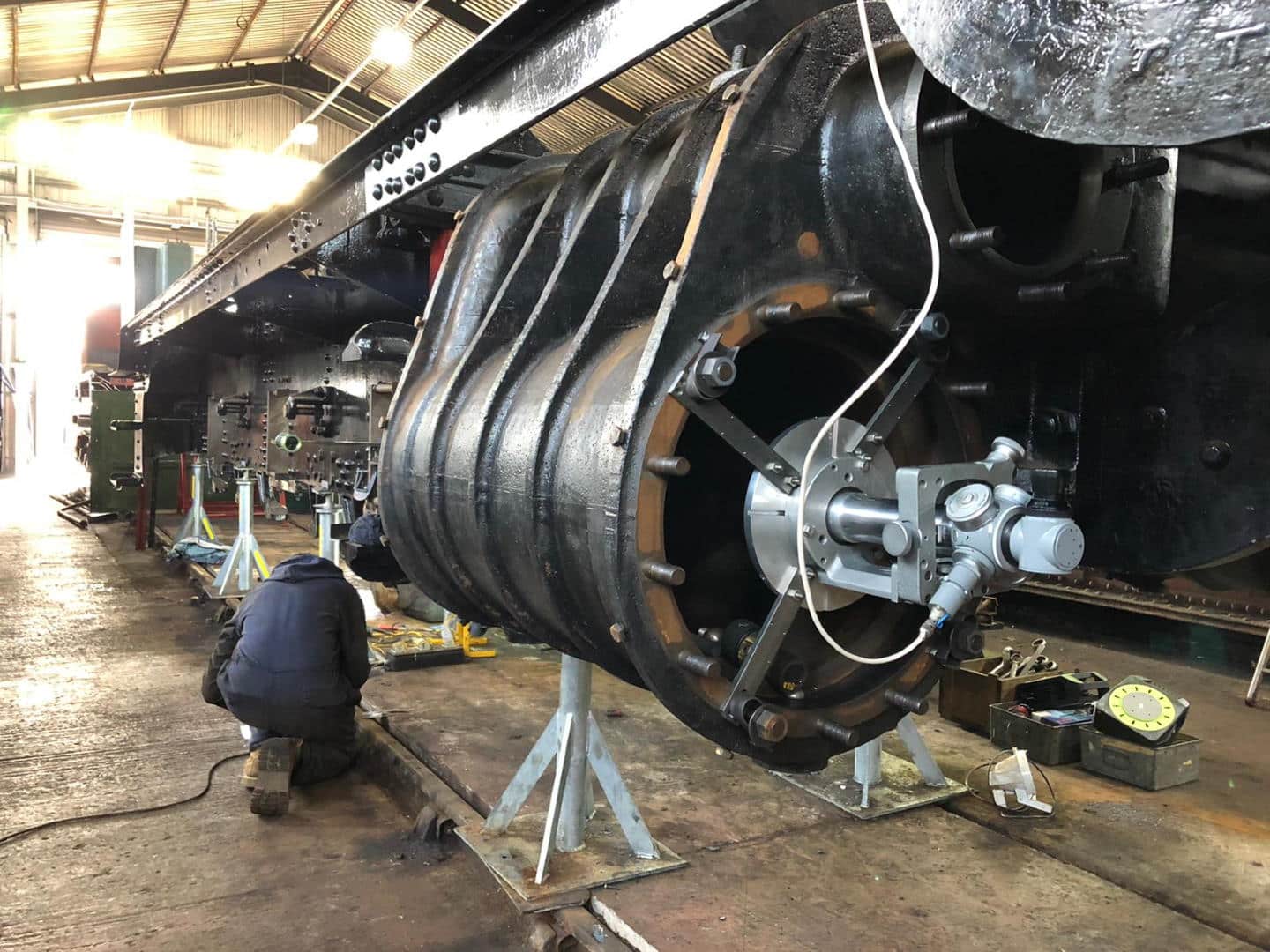 A few weeks before the COVID-19 lockdown began, Leaky Finders took a trip to the Severn Valley Railway...