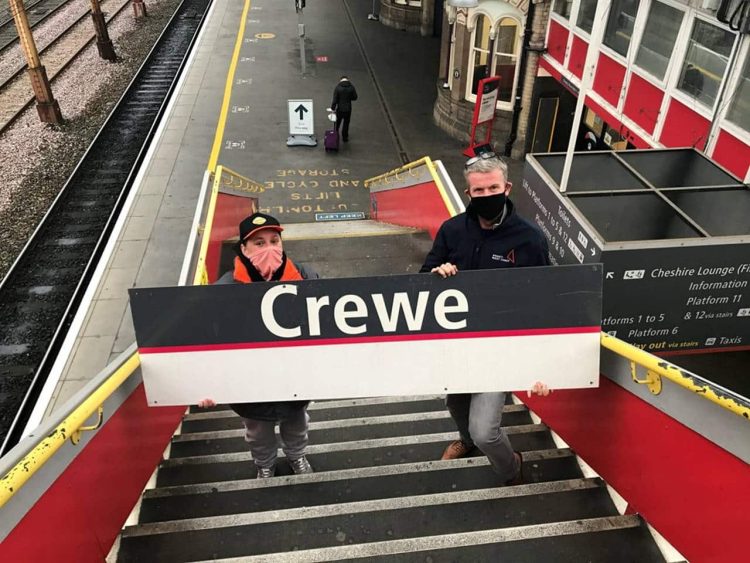 Avanti West Coast has announced that it has raised more than £2,000 for the Railway Children charity after they donated items to the week-long Rail Aid fundraiser.

Eight signs from Crewe station were bought by enthusiasts alongside a photobook showing railway life during the Coronavirus lockdown, which fetched £255.

Five signs went to people who live in or around Crewe, and the remaining signs made their way to Milton Keynes, Wigan and Leicestershire.

“We’ve been overwhelmed by the response and the amount raised,” said Karen Grimshaw, Station Manager for Avanti West Coast at Crewe. “So a big thank you to everyone, especially the winners who clearly have such fond memories of their time spent at the station.”

Crewe resident Rachel Cope, who successfully bid for a sign, added: “I couldn’t believe when I heard that I’d won one of the signs. I’m a regular visitor to the station, and the sign will be the perfect backdrop to the model railway that I’m building, which is based on the layout at Crewe.”

50% discount for students this Christmas on ScotRail train tickets