Crank axle update on steam locomotive 1759 being constructed at Shildon 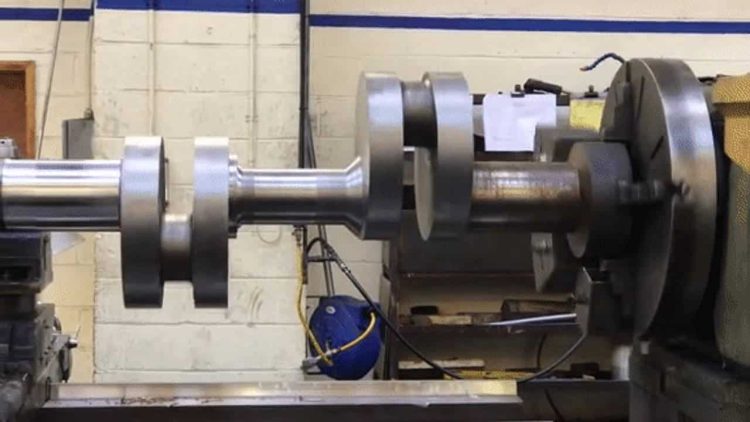 The Class G5 Locomotive Co Ltd has sent RailAdvent a further update on the work to construct G5 locomotive No. 1759 in Shildon.

The design and manufacture of the crank axle has been a difficult process; however, after a meeting with Ricardo Rail, the company now has a clear path to achieve certification.

The G5 Locomotive Co Ltd said “We have agreed to a more frequent inspection regime, not a bad thing in reality, and will need to pull together a risk assessment justification case. Many thanks to Nigel Wright, one of our supporters, for help with the discussion and a better understanding of metallurgy.”

The crank axle has now received its final machining and has now been sent to Buckfastleigh on the South Devon Railway.

Also sent to the South Devon Railway are the two trailing wheels and tyres, which we sent from the base in Shildon.

However, when they were received, a problem was found with one of the wheels. Thankfully, Boro Foundry offered to make a new one free of charge.

The G5 wheels are now in the queue to have the wheel-set assembled and will be back in Shildon in the new year, where the group can work to making 1759 a rolling chassis. The 4709 Group have published their latest update on building the tenth member of the Great Western Railway...