Trains were kept running on the West Coast Mainline 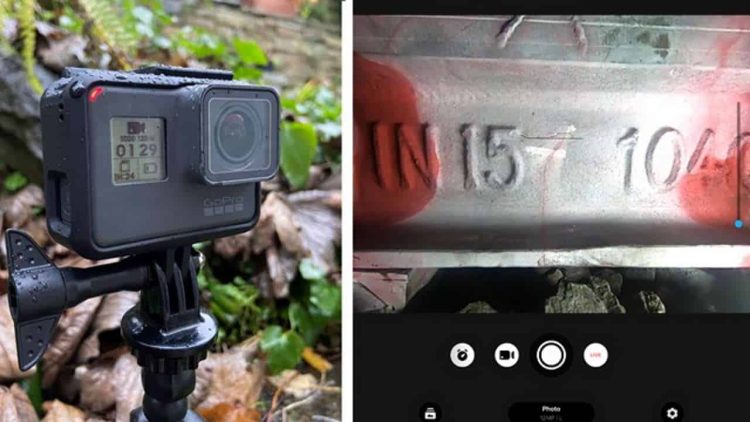 Innovative use of a GoPro camera by Network Rail workers helped to keep trains running on the West Coast mainline.

The GoPro camera was used to monitor a crack in the rail on a railway crossing south of Milton Keynes.

Cracks need to be monitored to make sure they don’t get worse while a repair is arranged.

Normally this involves stopping trains to allow railway staff to physically inspect the crack after each train passes.

The problem was identified in the afternoon of the 10th November and it wasn’t possible to arrange a fix until the following night.

Martin Ball, Route Infrastructure Engineer for WCS, said: “I’m really proud of Steve, Scott and the team. Rather than just thinking about fixing the problem, they thought how they could do the best thing for passengers. Their smart use of a GoPro kept them and their colleagues safe and kept passengers on the move. We’ll look to do this elsewhere in future.”