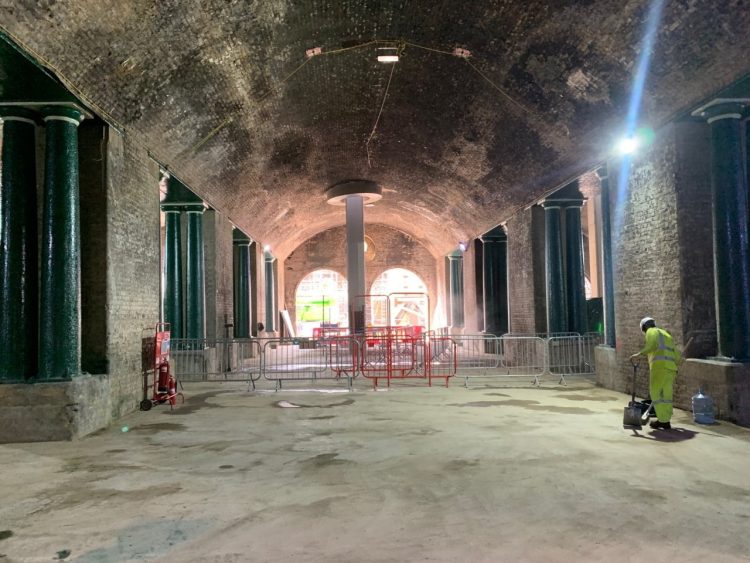 Dyer and Butler has completed the refurbishment work on the arches on Blackfriars Bridge in London on behalf of Network Rail.

The work will allow a bigger project to refurbish the railway for commercial use. The team of engineers completed work on two of the five riveted arches.

The programme of work needed the engineers to complete work on the bridge’s fourth arch and included removing the timber lintels in the portals and replacing them with steel.

The original 19th century cast iron components have also be refurbished including cleaning and paintwork to refresh the exterior and to prevent future deterioration.

Dyer & Butler Operations Manager, Jeff Taylor, who heads up the company’s southern rail region, commented: “We were delighted to have been awarded this project by Network Rail. To ensure the successful delivery of this scheme, we created an agile workforce to work collaboratively with multiple contractors to prepare the arch bases ready for commercial use. This masonry support structure forms a historic part of London’s railway, so it really was a privilege to refurbish some of its original features, and revitalise others with 21st-century alternatives.” The closure saw a team of 550 construction staff working day and night to complete a brand new...