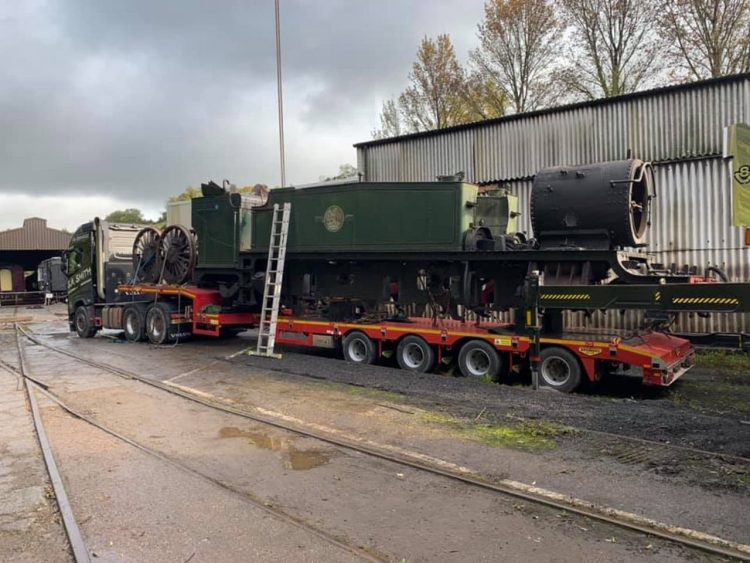 The South Devon Railway has announced that GWR Large Prairie No. 4160 has arrived at Buckfastleigh today, 8th October 2020.

4160 is now under the custodianship of 5542 Ltd, who are using the South Devon Railway as their host.

The GWR locomotive’s overhaul will be completed at Buckfastleigh.

Once the locomotive’s overhaul is completed, 4160 will join the fleet of locomotives based at Buckfastleigh.

4160 was built in September 1948 and worked for 16 years with Great Western Railway, before being withdrawn in 1965. The locomotive is owned by 4160 Ltd, being based at the West Somerset Railway, and is under the custodianship of 5542 Ltd.

An update on steam locomotive ‘Ann’

Steam locomotive 60103 Flying Scotsman to pass through Manchester this Friday