A 2 week circuit breaker lockdown has been announced 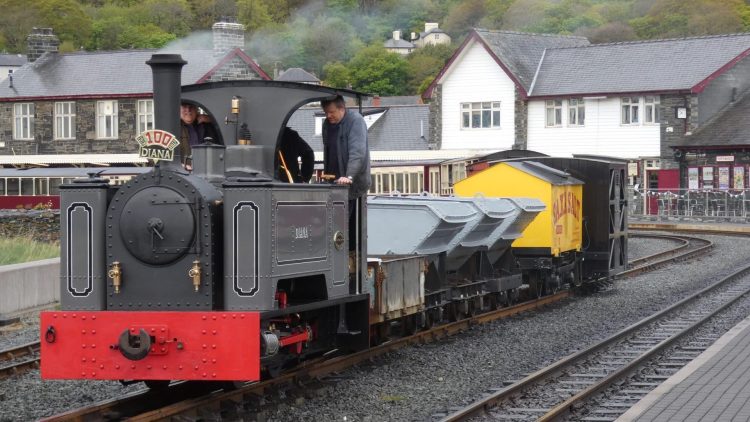 The Welsh Government has announced a circuit breaker lockdown lasting two weeks, with people told to stay at home, and some businesses closed.

This, therefore, means for the second time in 2020, railways in Wales are having to close their doors once again.

With a lot of railways in Wales, we thought we would make one article to detail closures for the individual railways, and let you know of any plans they have for 2020.

Please contact the railway directly after the two-week lockdown has ended for more details (lockdown in Wales takes place from 23rd October until 9th November 2020). Information in this article is correct at the time of writing.

The Bala Lake Railway has announced that 22nd October 2020 will see the final steam trains of the 2020 season. After this, the railway will close, with trains resuming in 2021.

The Brecon Mountain Railway has announced it has now operated the last trains, and will not reopen in 2020. Trains will operate in 2021 subject to coronavirus.

The Corris Railway has closed for 2020 season and will reopen in 2021.

Both the Ffestiniog and Welsh Highland Railways will cease operations on the 23rd October. The last trains will be the 11:00 Caernarfon to Beddgelert service on Wednesday 21st October 2020 on the Welsh Highland Railway, whilst on the Ffestiniog Railway, the last train will be the 14:20 Porthmadog to Tan-y-bwlch service on Thursday 22nd October 2020.

The railway didn’t comment regarding whether they would reopen in 2020 after the lockdown has finished.

However, once these have operated, the Fairbourne Railway will enter its winter maintenance season, with no trains operating.

The Llanberis Lake Railway has announced that from the 20th October 2020, they will be closed until further notice. No announcement has been made regarding reopening in 2020.

The Llangollen Railway has closed until their Santa Specials in December 2020. No other public trains will run until then.

The Snowdon Mountain Railway has now confirmed that they have closed for the remainder of the 2020 season.

The railway will reopen in March 2021.

The Talyllyn Railway will close from the 23rd October until the 9th November 2020, no trains will operate during this time.

However, the Talyllyn Railway is “positively planning” for steam trains to return to Tywyn on the 9th November 2020.

The Vale of Rheidol Railway had previously announced closure for 2020 after the first lockdown. The railway will reopen in 2021.

The Welsh Highland Heritage Railway will close for the period of the lockdown, with no trains running. The Russell Café only will be open, Wednesdays, Thursdays, Fridays, Saturdays from 28th October to 7th November, for takeaway meals only.

No announcement has been made regarding running trains after the lockdown has finished.

Trains planned for the 24th, 25th, 27th, 28th, 29th and 31st of October, and the 1st of November, have been cancelled. No announcement regarding the reopening of the line has been made yet.