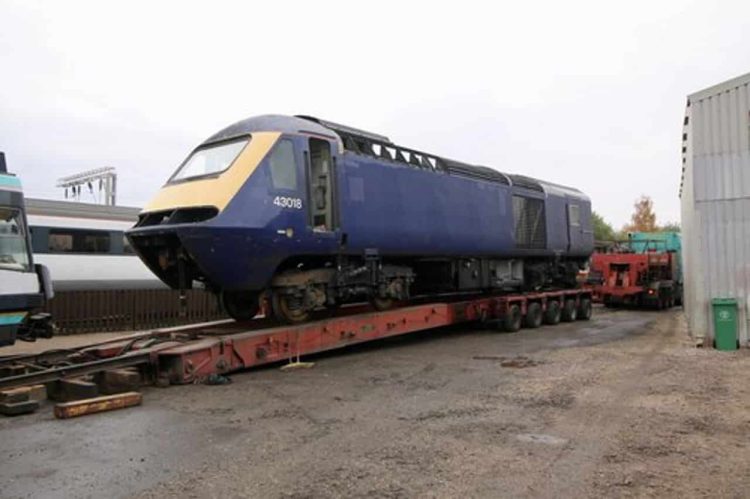 Crewe Heritage Centre has announced that HST Powercar, Class 43 No. 43018, has arrived after being donated by Angel Trains.

Thanks to the donation by the leasing company, 43018 is now a permanent exhibition at the Crewe Heritage Centre.

Plans are underway to restore the locomotive in Crewe over the coming years.

HSTs were originally built as a stopgap for the Advanced Passenger Train (APT), but became more than a stopgap, running in service for 44 years, and some of the fleet is still in service today with East Midlands Railway, Great Western Railway and ScotRail.

The Crewe Heritage Railway has said: “We would like to extend thanks to our friends at Angel Trains for this kind support.”

“Whilst the Heritage Centre remains closed due to the COVID-19 pandemic we are in the process of planning an ongoing restoration for the locomotive. As we prepare for reopening we are researching a detailed history of the fleet of 197 locomotives that were constructed by British Rail here in Crewe.”