Chassis from 58022 has moved to the Ecclesbourne Valley Railway 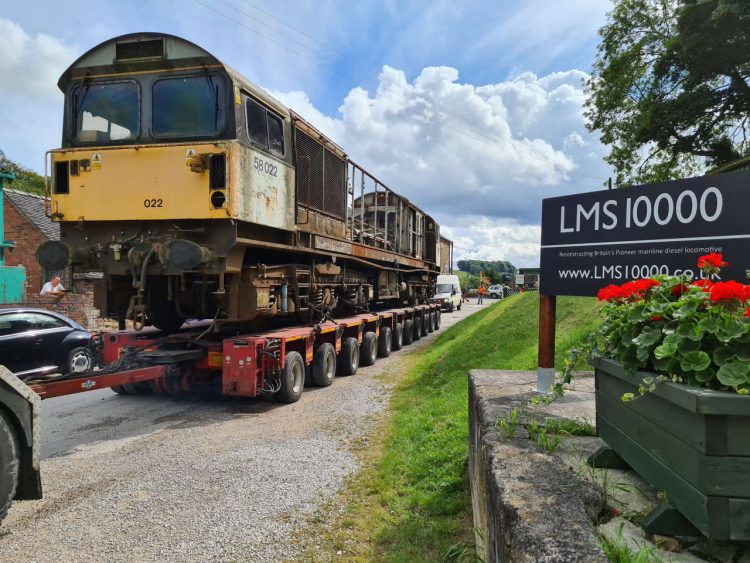 The Ivatt Diesel Recreation Society has provided RailAdvent with an update in their progress to build LMS locomotive No. 10000.

58022’s power unit, which was based at Rowsley, has been removed safely on the 15th August 2020 after the sale to IMPS of Lincoln.

The locomotive will now be stripped down to release the chassis; previously, there had been no rush to do this as it was stored at Peak Rail, which had other priorities. However, the society is now at the point where they can start to remove items from the chassis and make the modifications to it.

Mark Walker, Chairman of the charity said:  “Those who doubt the project will succeed have long pointed at the lack of activity on the 58 as evidence that we aren’t going anywhere, but the reality is that there was no point stripping it until we were ready.  The bodywork, poor though it is, has provided protection for the chassis, which is the part we need.”

The movement of 58022 from Rowsley to the Ecclesbourne Valley Railway took place on Tuesday 18th Augusty. Although the distance was only 9 miles, the journeys had to be diverted via Bakewell, Chesterfield, the M1, A37 and Duffield due to bridge weight restrictions, so the journey in total was 51 miles.

The removal of the power unit reduced the loco weight by 29 tonnes, making transportation much easier. The company who bought the engine have taken the complete power unit, including the silencer and alternator, which will be stored temporarily for the IDRS.

Mark adds:  “This move will make it much easier to strip the loco and move any removed parts to our Centenary Works at the other end of Wirksworth yard.”

Some parts of the locomotive, such as the cabs and electrical cubicle, will need preparation before they are removed, as parts from the electrical system will be reused.

All the wiring will be labelled and removed safely for future use in the new loco, or as a template for new wiring.

One of the cabs will be placed up for sale, whilst the other will be retained, as in the longer term, the group hopes to restore it and open it to the public as part of a visitor centre.

If you are interested in the cab for sale, expressions of interest can be sent to the society at [email protected]

The Ivatt Diesel Re-creation Society told RailAdvent “We would like to thank Peak Rail for safely storing 58022 since 2016, and for all their assistance with the power unit removal and the move of the loco.” 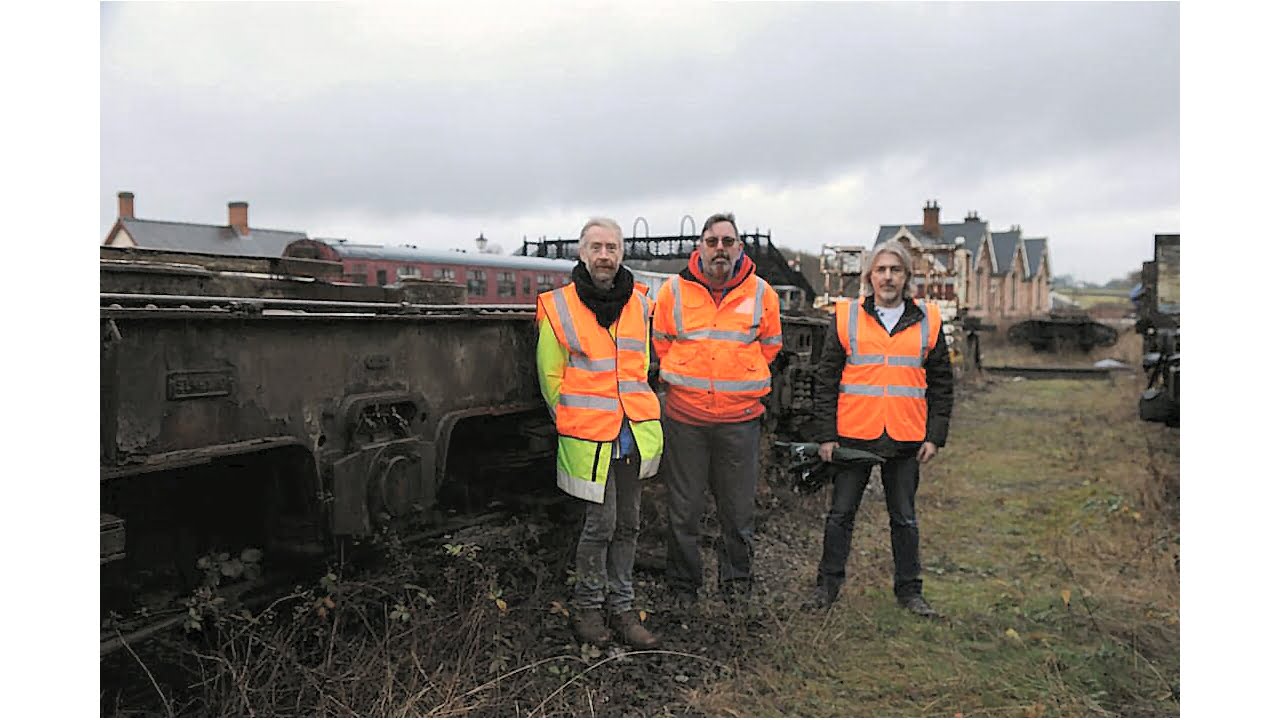 The Ivatt Diesel Re-creation Society has announced that they have successfully purchased the bogies for the LMS 10000...