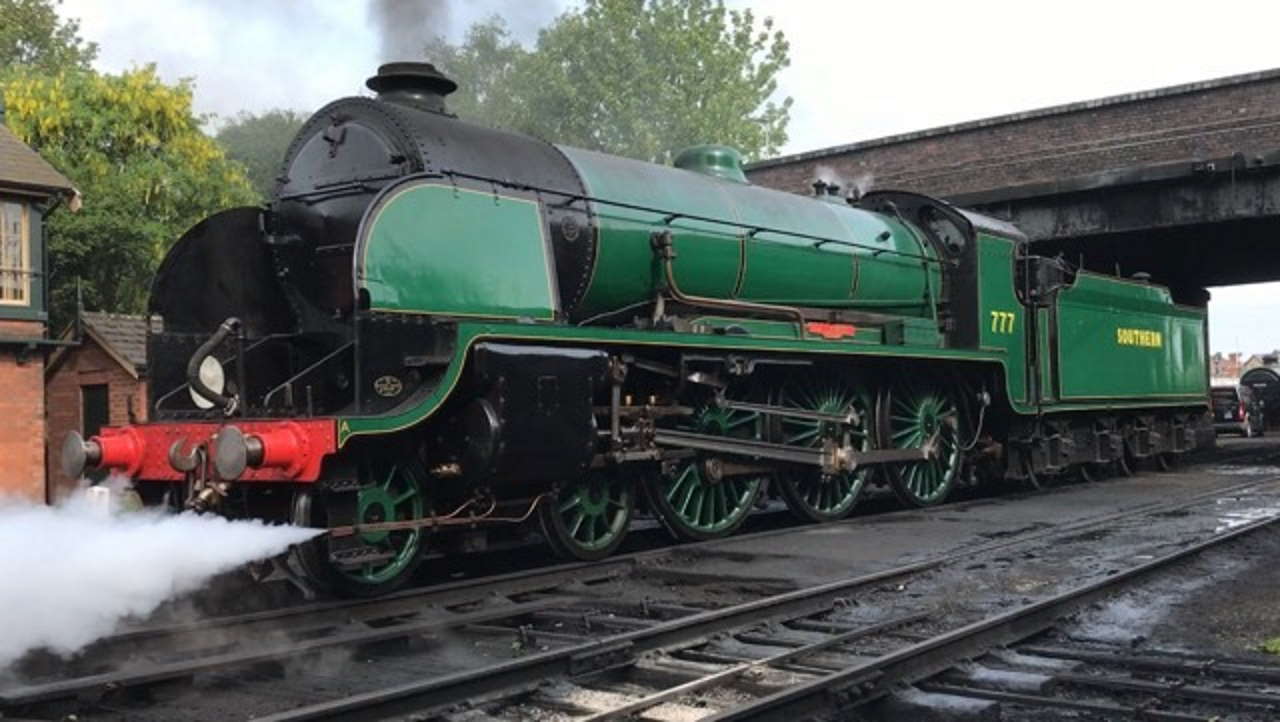 Ex-Southern Railway N15 ‘King Arthur’ No. 777 ‘Sir Lamiel’ is set to return to passenger service thanks to a new overhaul agreement between the National Railway Museum and the 5305 Locomotive Association.

The overhaul to the locomotive, which is part of the National Collection, will see the locomotive returned to mainline conditions. Work will start later in 2020 and is expected to be completed in 2023.

Once the overhaul is completed, a new five-year loan agreement will be negotiated to allow Sir Lamiel to run at the Great Central Railway and begin mainline tours and also appearances at other heritage railways around Britain.

During the overhaul, Sir Lamiel will be based at the Great Central Railway in Leicestershire, with work completed by the 5305 Locomotive Association’s engineering team.

Initial assessments have confirmed the suitability for the King Arthur’s overhaul, and the condition will be regularly assessed, with any appropriate repairs carried out as the overhaul progresses.

The 5305 Locomotive Association will fund initial work on the locomotive before launching a fundraising campaign to raise the remaining £80,000 which is required to complete the overhaul.

Alan Berck-May, Chairman of the 5305 Locomotive Association, said: “We’re really proud to continue our association with Sir Lamiel and look forward to working the colleagues at the NRM and the Great Central Railway as we undertake the overhaul.”

Great Central Railway’s Managing Director, Michael Gough, said: “Sir Lamiel has a memorable history at the Great Central and I am delighted that 5305 have been able to conclude a deal with the NRM that suits everyone. Once its restoration is complete, 30777 will have a significant part to play in our home fleet, as well as its visits to other railways and the mainline and I eagerly look forward to the day when it is steaming between Loughborough and Leicester once again.”

Judith McNicol, Director of the National Railway Museum said: “I am pleased to announce this latest overhaul agreement which will see popular Southern Railway locomotive, Sir Lamiel return to steam. The 5305 Locomotive Association has a very strong track record of caring for Sir Lamiel which stretches back almost 40 years and I look forward to working with them and the Great Central Railway as the project progresses.”

A brief history of 777 Sir Lamiel

777 Sir Lamiel was designed by Richard Edward Lloyd Maunsell, and was built by the North British Locomotive Company, in Glasgow, in 1925.

The London & South Western Railway (LSWR) has designed the N15 class under Robert Urie. However, following the railway groupings in 1923, the LSWR became part of the Southern Railway and Richard Maunsell developed the N15 to meet demand for an express passenger locomotive.

The King Arthur class were the first locomotives in Britain to be fitted with smoke-deflectors, with 74 locomotives being built between 1919 and 1926.

Sir Lamiel entered service in 1925 and worked on Bournemouth and West of England train services for most of its working life. The locomotive was withdrawn in 1961 after a 25-year working life and is now part the NRM’s national collection of locomotives.

Steam Dreams has revealed to RailAdvent that they have unfortunately had to cancel their upcoming Christmas tours.