The popular railway building game, which has been seen on Xbox One, PS4 and PC has now been released on the popular handheld device.

RailAdvent were provided with a review copy of Railway Empire: Nintendo Switch Edition, and having spent around 10 hours playing the game; we thought we would share our thoughts on this enjoyable game.

First of all, for those that have never played Railway Empire on the other platforms before, the game allows players to create an impressive rail network, purchase over 40 train models with great detail and create a detailed travel network, all before the competition beats you to it.

You also need to hire a workforce to make sure the trains keep running to provide an efficient service for passengers. However, your competition never sleeps, and you might have to resort to sabotage to grow your industrial tycoon. 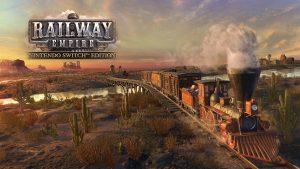 From the get-go, we found Railway Empire on the Switch to look similar to the Xbox One version, the graphics, sounds and detail are all there for you to enjoy.

To start off with, we played Railway Empire through the Switch Dock and connected the Switch to the TV. Here, the text is all clear, easy to read and understand. 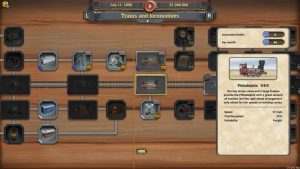 However, we found the tutorials could have been a little more in-depth, perhaps telling you definitely what was the right button to press. I also found the buttons to be confusing as they are very slightly different from the Xbox version (though this is partly the fault of the Switch controllers).

Building your railway line is simple enough to do, with drag and drop between two stations, its nice to see this customisation of the track come to a handheld design, other mobile versions of these sort of games don’t have this customisation (i.e., adding a bend in the track, or adding in a tunnel). 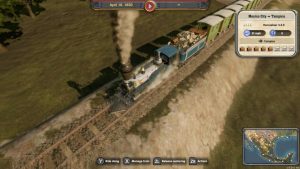 As we have mentioned in the Starting Out section of this review, the controls take some getting used to if coming from say an Xbox, a lot of the time I found myself pressing the wrong buttons, however, after a couple of hours of playing, the controls became second nature. 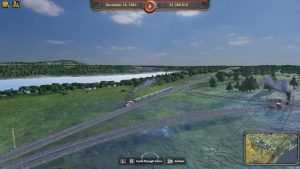 The User Interface is simple and isn’t overcrowding on the screen, allowing you to definitely see what you are meant to be doing. However, when wanting to see what a town requires (for example, Omaha requires corn), it isn’t simple to understand how much it needs, what it has and what else it would like. The columns in the tables need some popover help text or something.

One of three modes on the game is Campaign Mode, you start out at Omaha with a railway station and have to build your empire from scratch, you are led by characters who lead you through the story, which is very enjoyable as once the character has finished telling you what needs doing next, you are free to design it how you want it to look.

One excellent feature in all modes is the ability to ride along with the train to see your empire from ground level (as you build it from a birds-eye view). This is excellent in campaign mode as you soon and up with a variety of lines to run, signals in place and different stations to call at. 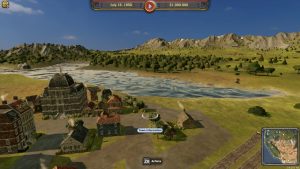 At times throughout the campaign mode, it was telling me a line needed a passing loop or a supply station (water tower for the steam locomotives), but it already had a passing loop nearby, perhaps just not where it wanted it to be.

One noticeable bug that I have found is that your cursor suddenly disappears after a while, and the only way I found to get the cursor back was to save and quit the game, and reload it up. Not a big problem, as the game loads very quickly, but still, an annoyance that happened a couple of times during the playthrough, and may already be fixed in the release version.

The other two game modes are Scenarios and Free Roam. Free Roam is just that; you are free to do whatever you like with your empire.

Scenarios give you aims to meet, for example, transport 100,000 people on your network by 1864 – some of these aims also show in the Campaign Mode. I found these scenarios to overlap rather with the campaign mode, but they also seem to be near-impossible to meet. I spent a good three hours on the first scenario following everything it wanted me to do, and I was nowhere near the target of the number of passengers, and I couldn’t really work out what else I could have done to complete it. 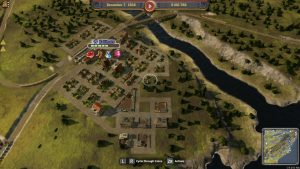 I also found the scenarios end way too abruptly, after three hours, I failed, and it gave me the option to go to the main menu. Here, I would have liked some hints and tips to point me in the right direction to get it right, and perhaps the opportunity to have an extension of time.

In Summary, I have found Railway Empire really enjoyable to play. It looks great on the TV, and then the ability to snap your controllers on the Switch and take it anywhere you like is absolutely awesome.

It is great to see another train game come to the Switch, if you enjoy your Cities Skylines or Transport Fever 2 games, then this is definitely one to add to your collection. 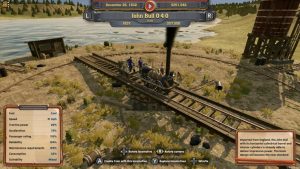 The big advantage over Cities Skylines, which is also available on the Nintendo Switch, is the ability to control the railway lines, upgrade stations, add extra locomotives, and apply signalling and passing loops. It feels like Transport Fever 2, just without the other modes of transport, and whats better than TF2, you can take it anywhere you like.

We found some of the text was a little small when playing on the Switch handheld – it was ok for me, but for other players with sight problems, they may have an issue with it.

The Campaign mode is up there with the best I have played, and provides hours of fun, with time just passing far too easily. 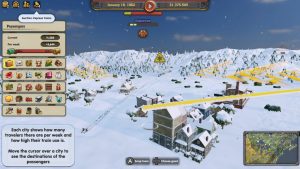 It also looks like DLC is coming, with a UK map coming soon to Railway Empire, one of which, I am extremely looking forward to playing.

To put a long story short, this is a great addition to Nintendo Switch, if you are into your City Tycoon games, get Railway Empire on the Nintendo Switch, the gameplay is excellent, and the ability to have the same graphics and playability on a handheld device where ever you may be is just superb.

You can buy Railway Empire: Nintendo Switch Edition on the Nintendo Store by clicking here, at the time of writing the review, it is priced at £35.99 (well worth every penny). You can also pick this up from Amazon for less at £34.99

I will be streaming Railway Empire: Nintendo Switch Edition on the RailAdvent Twitch Channel on Friday 19th June 2020 at 7:30 pm. Click here to head to the Twitch Channel and follow, to get a notification of when I go live or to watch the VOD later.