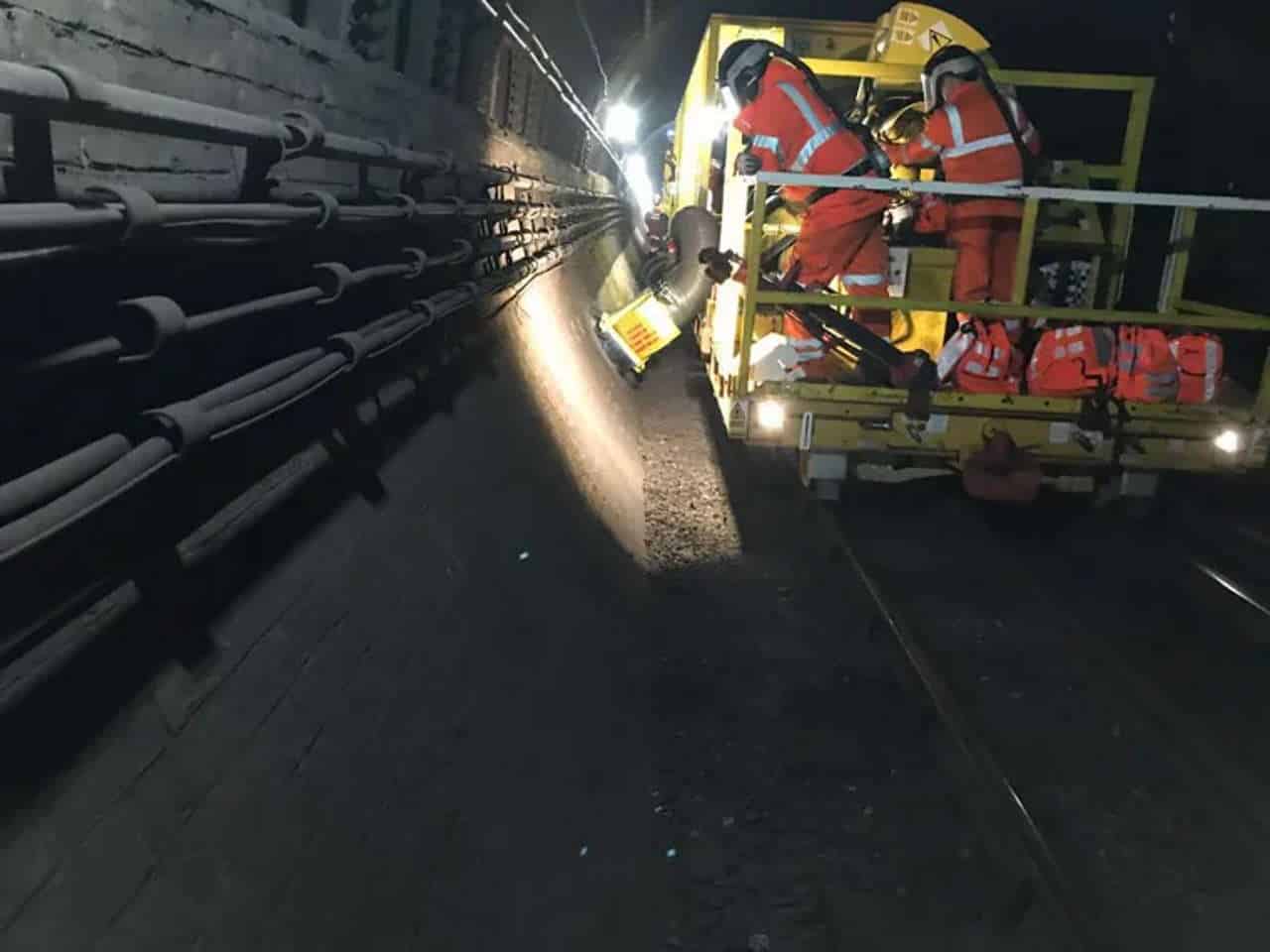 If you need to travel to or from Moorgate Station, you can now enjoy a smarter, cleaner and brighter route.

This is thanks to a programme of work that lasted six-months to renew the tracks and clean up the line and stations though the Northern City line.

The work has been carried out by Govia Thameslink Railway and Network Rail, GTR is the company which operates Great Northern trains between the City of London and Hertfordshire.

Evening and weekend services through the tunnels that were being diverted to Kings Cross when the essential work was being undertaken are now running again. This will help all the key workers, and other workers get to work faster and safer.

All the work that was completed last weekend was started about a year ago when Moorgate station was spruced with new better lighting and new tiles. From Old Steet to Esses Road to Highbury and Islington through the tunnels, the programme swept on.

The work on the tunnel and track will make a more reliable railway, and it will reduce the noise and vibrations from the railway and improve the condition of the tunnels for everyone that needs to use it alongside a new £240 million train fleet which was introduced last year.

Network Rail will have cleaned almost 17Km of tunnels, renewed over 3.4 Km of track that was 40 years old and about 1Km of stones which support the track that is called ballast.

The Essex Road Platform walls have been treated to the same re-tiling as Moorgate station.

Network Rail has, at all four stations, replaced the light fittings with LED lights and GTR have given the stations a deep clean.

Any further work will be mainly done at night, where it will not affect the keyworkers getting to and from work.

Over the next few years, Network Rail is planning to upgrade the signalling system in the tunnels to a modern digital system.

Paul Rutter, Route Director for Network Rail’s East Coast Route, said: “Over the last year, Network Rail has carried out significant work to clean the tunnels on the Northern City Line and to upgrade the track along the route. This work will improve the reliability of services, as well as making the area more pleasant for passengers and workers who use these stations. This project, coupled with the work which Great Northern has done, will vastly improve passenger experience, and we look forward to them reaping the benefits.”

Tom Moran, Managing Director for Thameslink and Great Northern, said: “Weekend and late-evening services in and out of Moorgate are back up and running, which will help key workers and others for whom travel by train is absolutely essential. Our passengers are already enjoying our new air-conditioned trains, which last year replaced the UK’s oldest electric mainline rolling stock with a modern, fit-for-purpose fleet. Now, they will also see brighter, cleaner stations on the Northern City Line between Finsbury Park and Moorgate.”