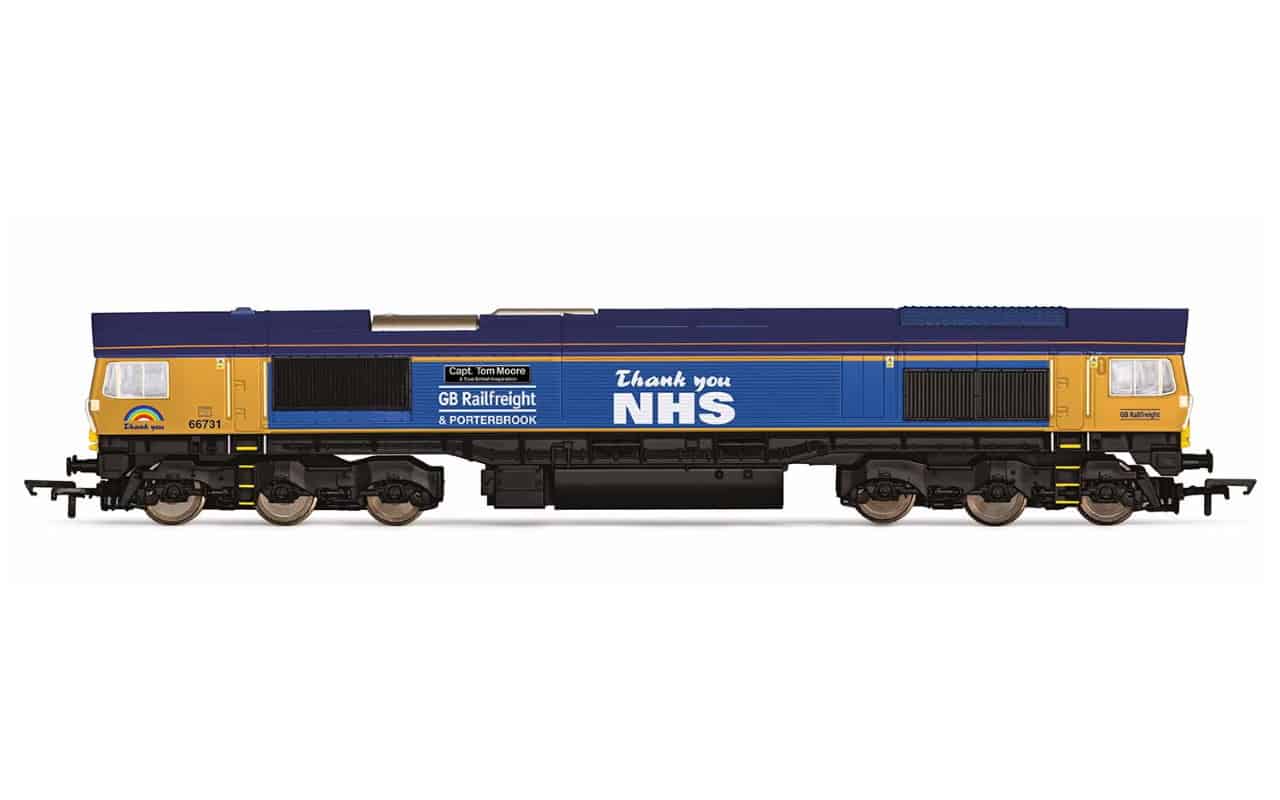 GB Railfreight has teamed up with Hornby to make a miniature version of its Class 66 locomotive, which has been named after Captain Tom Moore, to raise money for the NHS.

The model manufacturer asked GBRf if they could make a replica of the locomotive. The Class 66 was named in honour of Captain Moore last Thursday to mark his 100th birthday. All the profits from its sale are being donated to the NHS.

Initially, Hornby planned to limit production to 500 models. However, they soon found it impossible to cope with demand, with 2,500 being sold in 48 hours. Since then, Hornby has added 1,000 to their stocks, and a percentage of sales will go to the NHS charities. So far, the model has raised £140,000.

The full-size locomotive has been playing its part in the COVID-19 crisis by hauling trains from Southampton to distribution centres across the country.

Bob Tiller, Engineering Director of GB Railfreight, said “We are delighted that the Captain Tom Moore locomotive ably reproduced by Hornby, has been such a success and sales have helped raise more money for NHS charities supporting our wonderful NHS heroes as we deal with the ongoing pandemic.  The popularity of the model shows what an inspiration, Captain Tom Moore has been to us all. The speed at which the 3,500 miniature locos had been sold is testament of the whole railway community, including railway enthusiasts’, appreciation for the work of the NHS during this period. I hope that this locomotive will be a cherished reminder on model railways for years to come of the debt we owe to the NHS and the important role that the railway and freight services have been playing in helping the UK through this crisis.”

Simon Kohler, Marketing & Product Development Director at Hornby Hobbies, said “Like others, we at Hornby were inspired by the achievements of the amazing Captain, now Colonel Tom Moore and we were so pleased that GB Railfreight, Porterbrook, Procast Foundry and Railwayana Auctions teamed up to create a special livery on one of GB Railfreight’s Class 66 locomotives. As a special thank you to Col. Tom Moore and the NHS, Hornby will be produced as a limited edition, 3500 models of locomotive 66 731, ‘Capt. Tom Moore – A True British Inspiration’ the sales of which will generate £140,000 which will be donated to the NHS Charites with our heartfelt appreciation in what they are doing for us all.” GB Railfreight and the Port of Felixstowe celebrate 20 years since first collaborating on an inaugural Intermodal service...