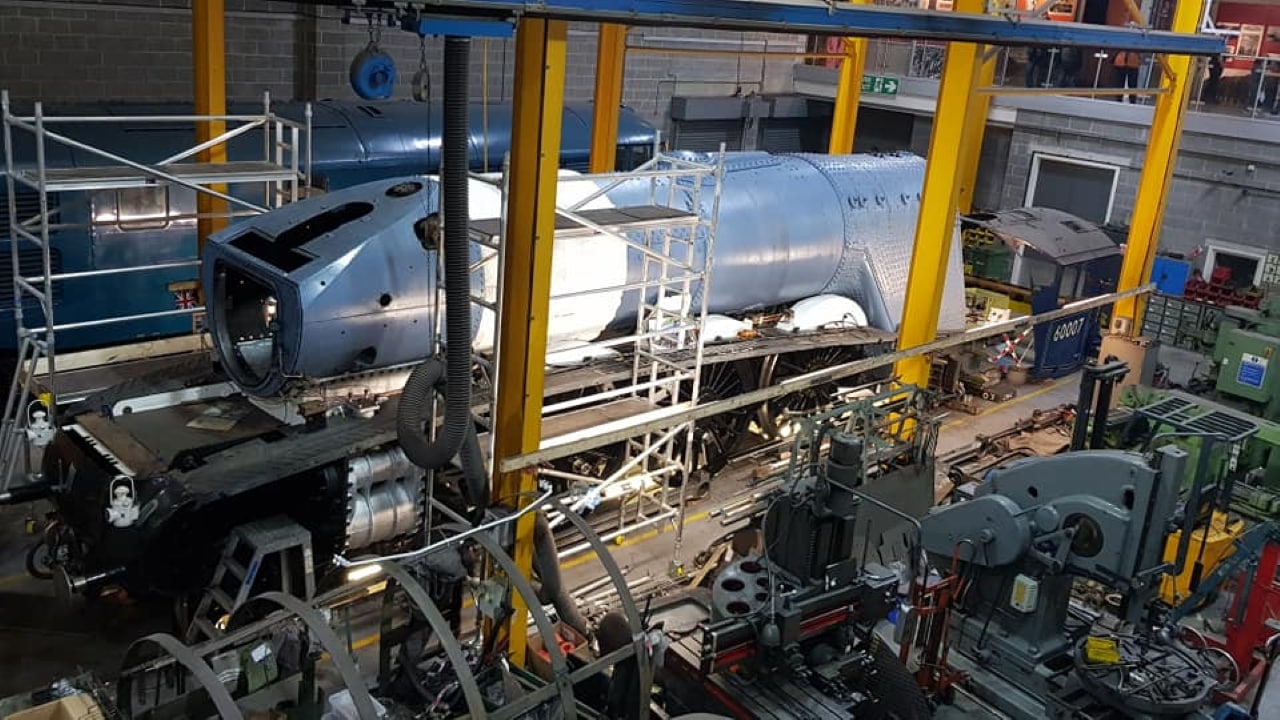 The Railway Museum has announced that De Matos Ryan has been appointed designer for their new interactive ‘Wonderlab’ gallery.

The £5m gallery, focused on engineering, will inspire young people to become innovators of the future.

The practice was selected ahead of Hayhurst & Co, Dutch practice Opera Amsterdam, London based Studio C102, and Tate Harmer.

Wonderlab will be constructed on the site of the current Workshop at York (where 60007 Sir Nigel Gresley is being overhauled) and will feature up to 25 interactive exhibits.

Wonderlab is due to be completed in 2022 and will be one of the first projects delivered in York for the National Railway Museum’s £55m masterplan project, Vision 2025.

As part of the project, a new purpose-built workshop will be created to replace the current Workshop.

Charlotte Kingston, Head of Interpretation and Design at the National Railway Museum, said:

“The jury was impressed by the practice’s initial concept and proposals which made use of the height and the natural light as well as showing an understanding of the museum’s engineering heritage. We are aware that outside the industry, many people do not see engineering and science as something that is for them—we hope to break down these barriers by making the space welcoming and accessible to all.’

“We are delighted to be selected to design the new Wonderlab gallery for the National Railway Museum in York and are very much looking forward to exploring the opportunities offered by this unique project and site. The new Wonderlab vision will excite, inspire and challenge young minds, bringing to the fore an awareness in sustainability and energy use. Our design approach will explore the concept of ‘Motion’ in its different forms as evoked by railway engineering.” The National Railway Museum in York and Locomotion at Shildon are to introduce a two-year pause for loaning...