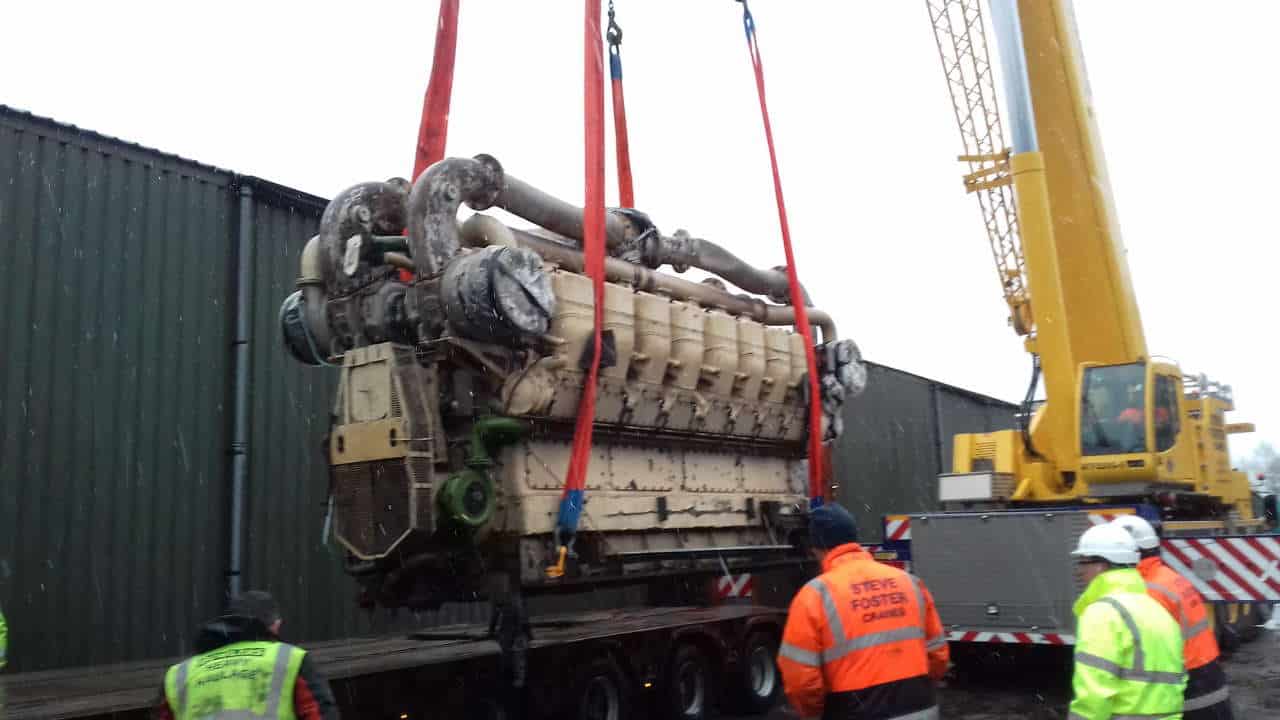 The Ivatt Diesel Re-creation Society has announced that the power unit for 10000 has been moved to Centenary Works, in Wirksworth.

The move was completed on Friday 28th February 2020 despite sleet showers by Storm Jorge.

Built by LMS and English Electric in 1947, the 16SVT mk1 engine was initially built for use in an Australian locomotive, but the order was cancelled before delivery was made.

It spent several years barely used as a backup generator at a military base.

The Society will use the power unit in the new class D16/1 locomotive 10000.  A spare 16SVT, located at a military base, has been promised to the charity. This will be moved from an RAF base when funds permit.

The two engines will then be housed in an extension to the Works until required in the new locomotive.

The lift was thanks to FLG Services and Steve Foster Cranes as well as T W Bowler Ltd for a professional move.

The “Lift & Shift” fund had raised £7k by the time this move was made. £23,000 is required by the summer to move the second power unit, traction motors and bogie spares from Holland and a range of electrical equipment from the UK.

Centenary Works will be open to the public during the Ecclesbourne Valley Railway’s railcar and diesel galas: 14/15 March, 24-26 April and 7-9 August.

Donations are welcome by cheque to the Society at 46 Biddick Village Centre, Washington, NE38 7NP or Paypal – details available on the project’s website www.LMS10000.co.uk 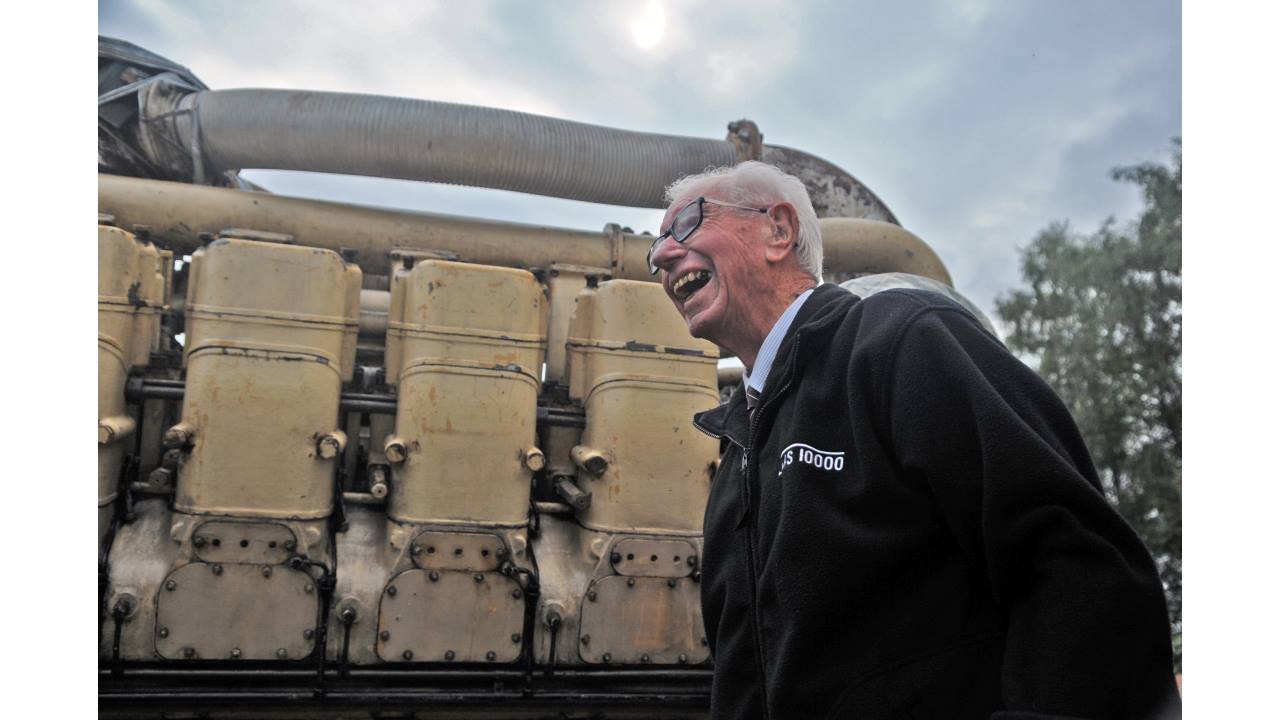 The Ivatt Diesel Re-creation Society is aiming to rebuild LMS Locomotive No.10000, one of the original Scot diesel...