STORM DENNIS: No trains at Rotherham as railway is flooded 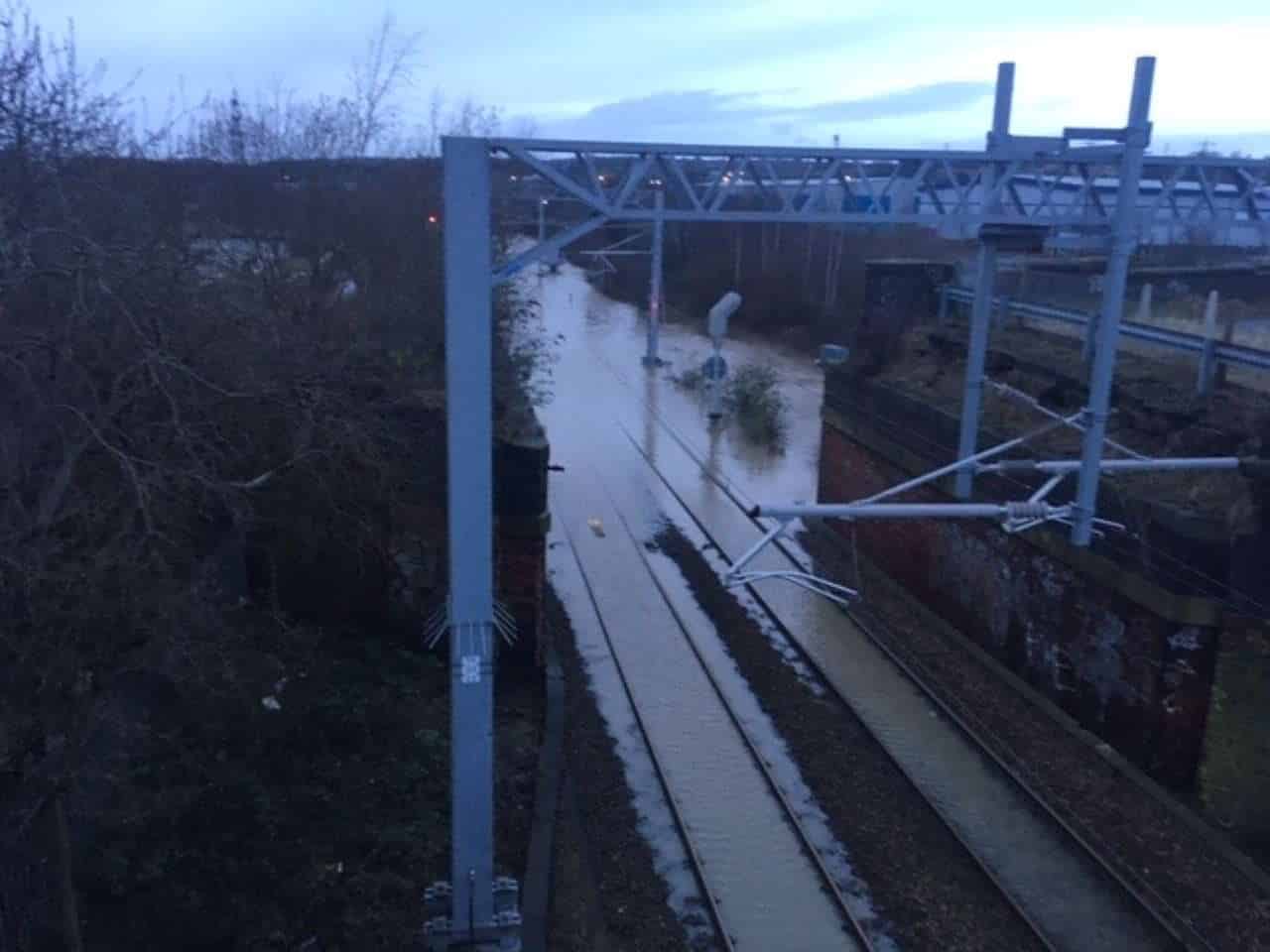 Network Rail and Northern are urging passengers to check before travelling as flooding means that all lines to and from Rotherham Central are blocked.

The railway will be blocked throughout today, Monday 17th February.

On Sunday, 16th February, heavy rainfall led to flooding on the lines, and the tracks became entirely submerged by water.

Before the railway can reopen, the water levels have to drop to allow Network Rail to carry out track inspections.

Bus replacement services will be in operation and will run every 30 minutes between Meadowhall and Swinton.

“Heavy rainfall has led to significant flooding on the railway in Rotherham. This means that the lines in and out of Rotherham Central station are closed and will remain so tomorrow.

“This does mean disruption to services, so we would strongly urge all passengers to check before travelling which they can do via National Rail Enquiries or with their train operator.

“Severe weather like this does bring challenges for the railway, but I would like to reassure passengers that we are doing all that we can to keep them moving where possible and we thank all those impacted for their patience.”

“Due to the impact of heavy rainfall on parts of the rail network we’re asking all customers to check before they travel.  While many routes affected have reopened, buses will continue to serve Rotherham Central tomorrow following significant flooding.”