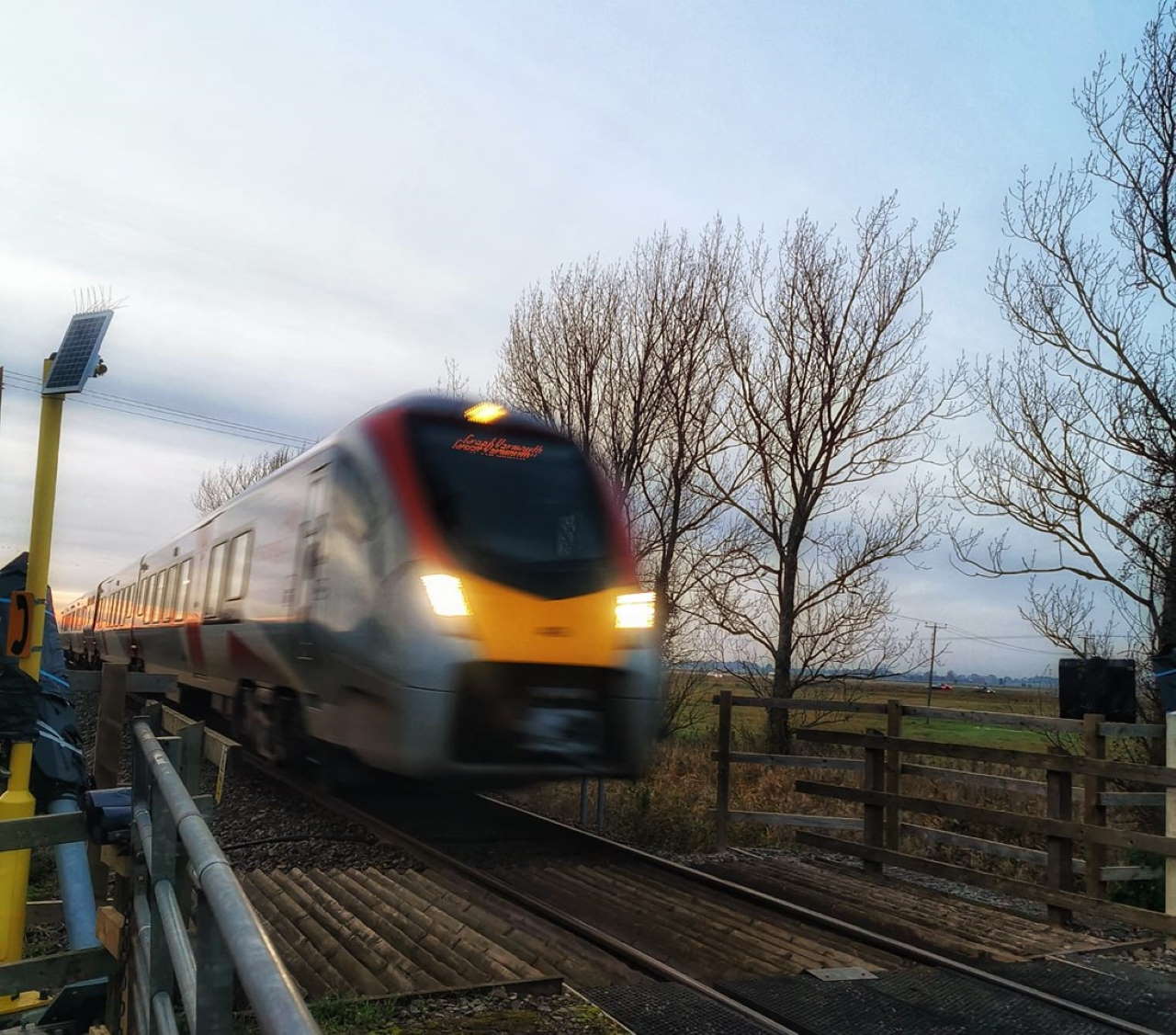 Network Rail has announced that the line between Norwich and Lowestoft re-opened today after the Wherry Lines upgrade was completed to improve reliability for passengers.

The line also re-opened with a new signalling system. This has been switched over from the semaphore method to a computer-controlled system.

Additionally, passenger services have re-started on the line between Reedham and Great Yarmouth serving Berney Arms after an 18-month closure of the station.

Last week the Norwich to Great Yarmouth line re-opened using the new signalling system alongside a section of the East Suffolk Line between Beccles and Lowestoft.

The return of passenger services to the Wherry Lines completes the 23-day upgrade works which began on 1 February.

“The completion of works over the last 23 days is a significant achievement for everyone delivering the re-signalling and track renewals programme.”

“I am delighted that Greater Anglia passengers and level crossing users will be able to benefit from better reliability for the next chapter in the history of the Wherry lines.”

“Thank you to everyone, passengers and communities, who have helped and supported our teams to complete this work.”

“This is a pioneering project which has seen us working alongside Network Rail and our supply chain partners to complete the biggest ever deployment of a new cutting-edge signalling system that will help transform rail travel right across the region.”

“This major upgrade will provide huge benefits to those who travel on the line. We are pleased that Wherry Line users will now be able to benefit from some of the newest trains and signalling equipment in the country.”

“We would like to thank customers for their patience while this essential work was carried out.”