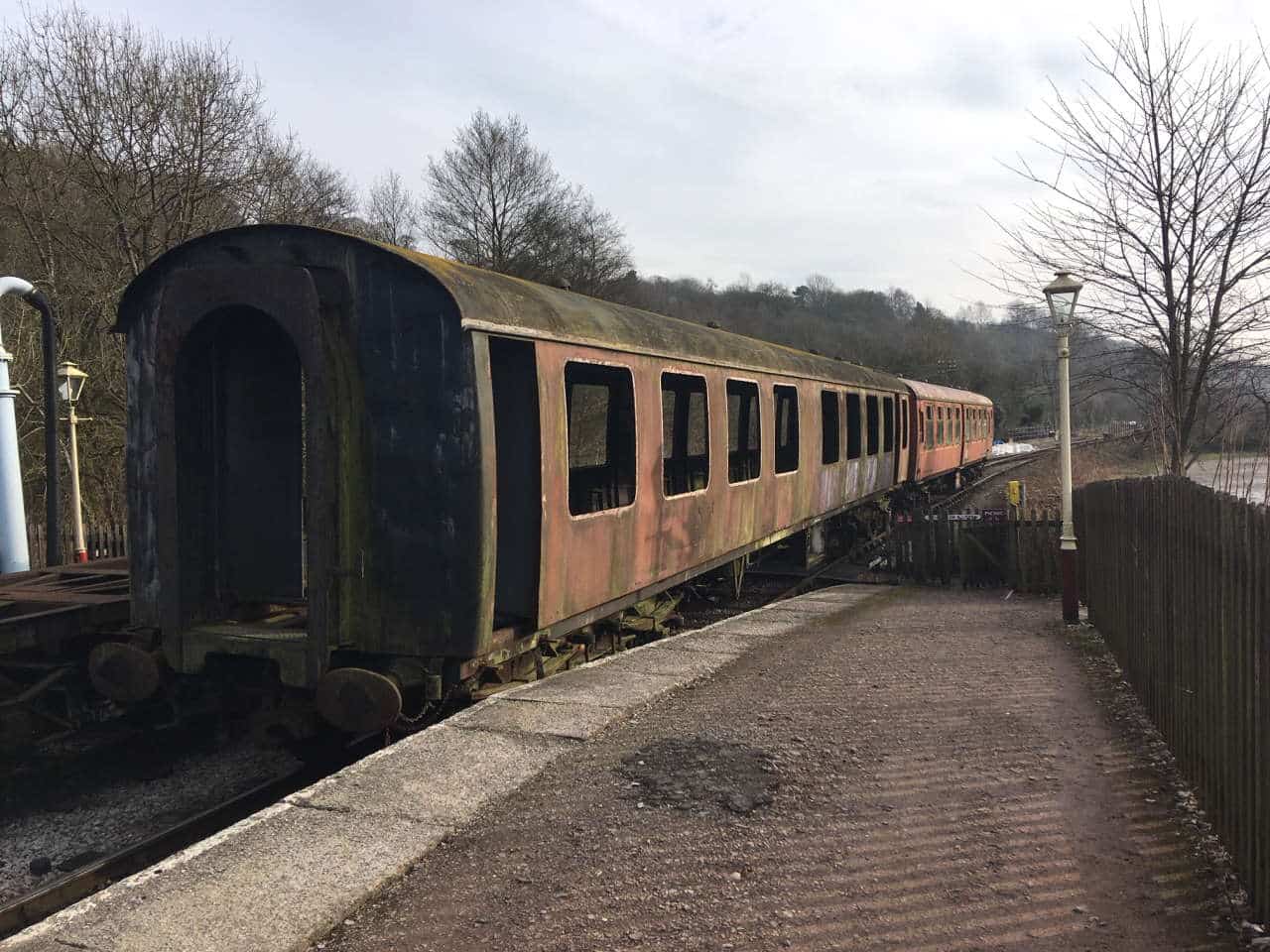 The Churnet Valley Railway has announced that two BR Mk1 carriages have arrived at the railway.

The coaches arrived at the railway last Friday thanks to the CVR’s supporting charity North Staffordshire Railway Company (1978) Ltd.

The NSRC has purchased TSO E3809 and SO 4366 as part of the long term plan for the railway returning to Leek. The CVR will eventually need two sets of coaching stock to operate on the railway.

3809 is planned destined to enter the Carriage Works in the spring to start the restoration. 4366 meanwhile will have to wait for its turn in the overhaul queue. It will become a second dining vehicle to run with Diana.

The NSRC has launched an appeal to cover the cost of purchase and transport for these carriages for the Churnet Valley Railway. Click here for more information on the appeal. The Churnet Valley Railway has announced new developments in reopening the line to Leek.