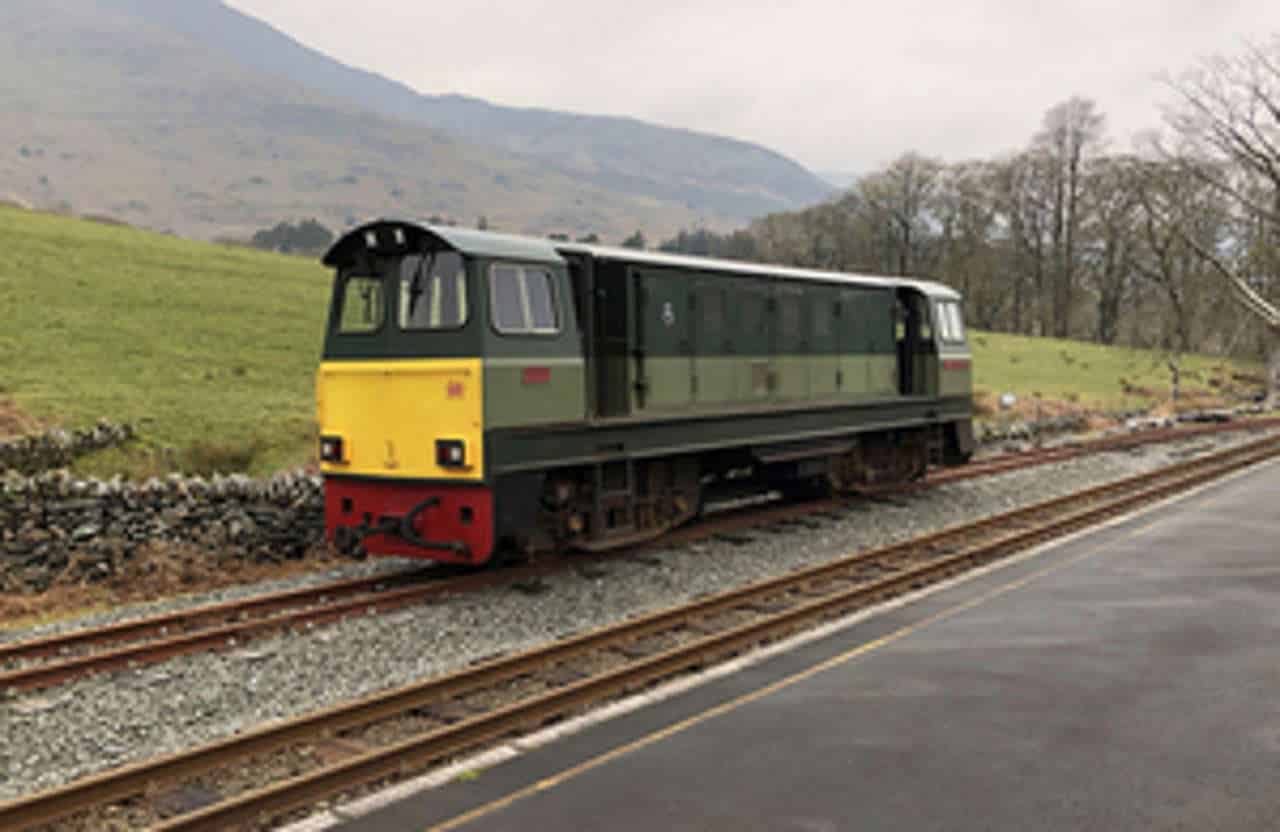 The Rail Accident Investigation Branch has released its report into an incident involving a runaway locomotive at Beddgelert on the Welsh Highland Railway.

At 09:17 hrs on 16 April 2019, a diesel locomotive was unable to stop as it arrived into Beddgelert station on the steep descent.

After running through the station at 10 mph, the locomotive then passed a signal at danger then exited the loop and on to the single line section without a token to do so.

The locomotive’s driver tried several ways to slow the loco down. Eventually, the engine came to a stop when the gradient levelled out around 1 mile later.

The driver was uninjured, and no other train was on the line at the time.

This incident occurred because the brakes on the locomotive had been modified so that it limited the movement of the brake blocks.

Investigation launched into near miss at railway junction in Leicestershire

This, along with the state of the adjustment of the brakes and the wet conditions on the day prevented the brakes applying enough to the slow the locomotive down.

The issue with the brake system modification had remained unknown during the last 18 years since the change was completed.

The investigation found that the change to the brakes had not been adequately documented or controlled.

The RAIB also found that, although not connected to the incident, the locomotive did not have a documented brake inspection procedure. The deadman system was also not enabled on the engine when the runaway happened.

A deadman system applies the locomotive’s brakes if pressure is lifted off a handle, or pedal – this system helps a train come to a stop if the driver has a heart attack, for example.

RAIB also observed that the railway’s investigations of its incidents could be improved to understand underlying issues.

The RAIB has made three recommendations to the Festiniog Railway Company:

A fourth recommendation is addressed to the Heritage Railway Association to promote the sharing of its report to other railways.

The RAIB has also reminded other heritage railways of the importance of:

Mainline return a certainty for steam locomotive 71000 Duke of Gloucester

CCTV image released after assault on train between Dalmuir and Carmyle