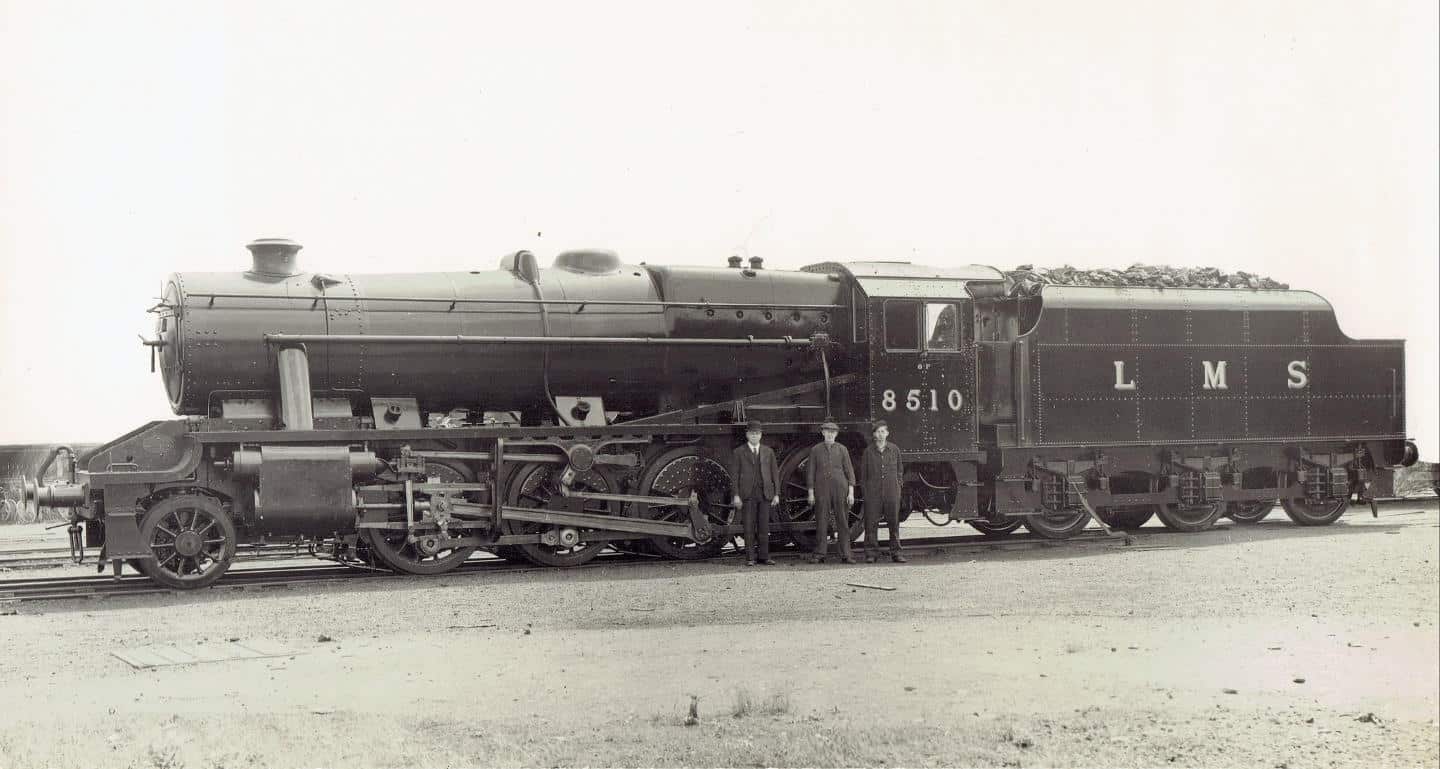 Fundraising continues despite lockdown for Littleton steam locomotive No. 5

An essential class in Stanier’s Locomotive Policy for the London, Midland and Scottish Railway (LMS), the 8F would later become the standard freight engine during War World 2 (WW2).

After reviewing the working life of the class, we will then explore the preservation of the 15 locomotives which survive today.

This policy soon became unsuitable for the largest company of the ‘Big Four’, creating a difficult challenge for Stanier on his 1932 appointment as CME of the LMS.

The five year period before Stanier joined the LMS saw two heavy freight classes developed and entering traffic. Both sizeable locomotives but the Midland Railway designs, such as small axleboxes, made them unpractical for many freight trains handled by the LMS. To build a class capable of fulfilling the current and future of the company, Stanier and his department set about designing what would become the Stanier 8F class.

Like many locomotives, the 8Fs were initially built for use on the LMS, but on the start of World War 2, the War Department (WD) selected the 8F as the UK’s standard freight engines. This saw both all the ‘Big Four’ and private contractors construct the 8Fs. Between 1935 to 1946 852 engines were built, making them one of the UK’s most numerous tender locomotives. Below is the list showing production dates, builder, quantity and numbers of the batches built.

Soon after introduction, the 8Fs soon showed footplate crews that they were capable machines. Apart from adapting how the engines performed (for example, less effective brakes than the 7Fs) and minor issues being addressed when withdrawn from traffic for repairs, no significant defects were found. When booked to haul passenger trains, the 8Fs could be seen hauling trains up to 60mph all down to the free-running developed in the front end design, despite their small coupled wheels.

Once numbers built up, they soon spread across the LMS system to replace the small fleet of freight locomotives. The impressive performance and relatively inexpensive maintenance saw the LMS 8Fs selected to be the War Department’s (WD) standard freight engine for the Allies in Europe. Several changes were made for the WD engines, from reducing the number of specialised metals to fitting equipment to run over other nations tracks.

On home soil during World War 2, the Stanier 8Fs were built across the ‘Big Four’ and were allocated to the Great Western Railway and London and North Eastern Railway. Overseas, the 8Fs operated in Italy, Egypt, Iran, Iraq, Turkey, Palestine and Israel both during and after the war. Many engines saw service across a variety of these countries under different ownership, with some engines spent the rest of their working lives aboard while others returned home.

Under BR ownership, which by 1957 included 666 engines, the 8Fs were mostly allocated to the London Midland Region (LMR). The WD 2-8-0s and 2-10-0s handled majority freight traffic for the Scottish Region.

In the 11 years between 1935 and 1956 across 10 Locomotive Works, 852 engines of the Stanier 8Fs were built. Almost 200 never returned to the UK after the war due to either being destroyed beyond use or used for hauling trains aboard. Withdrawals started fully in 1964, with only one engine withdrawn before this date in 1960. Even in the last year of steam on BR, 1968, 150 were still in service on the LMR.

Of the 852 built, eight locomotives survive today in the UK. A ninth engine, BR No.48518 was brought by Barry Scrapyard, becoming one of the ‘Barry Ten’. 48518 was later broken up for parts for new-builds LMS ‘Patriot’ Class No.5551 “The Unknown Warrior” and GWR Hawksworth ‘County’ Class 4-6-0 No.1014 “County of Glamorgan”. Another six engines are known to survive in Turkey and Iraq, with three display in Turkey, two ‘dumped’ in Turkey and one ‘dumped’ in Iraq. Two 8Fs can also be seen underwater after they went down with SS Thistlegorm.

Of these 15 engines, we look at the preservation history of the eight that remain today.

We hope you have enjoyed this week’s Class Information on the Stanier 8Fs. Over the next few weeks, we will release the next Sole Survive, based on a Great North Railway / London and North Eastern Railway class.