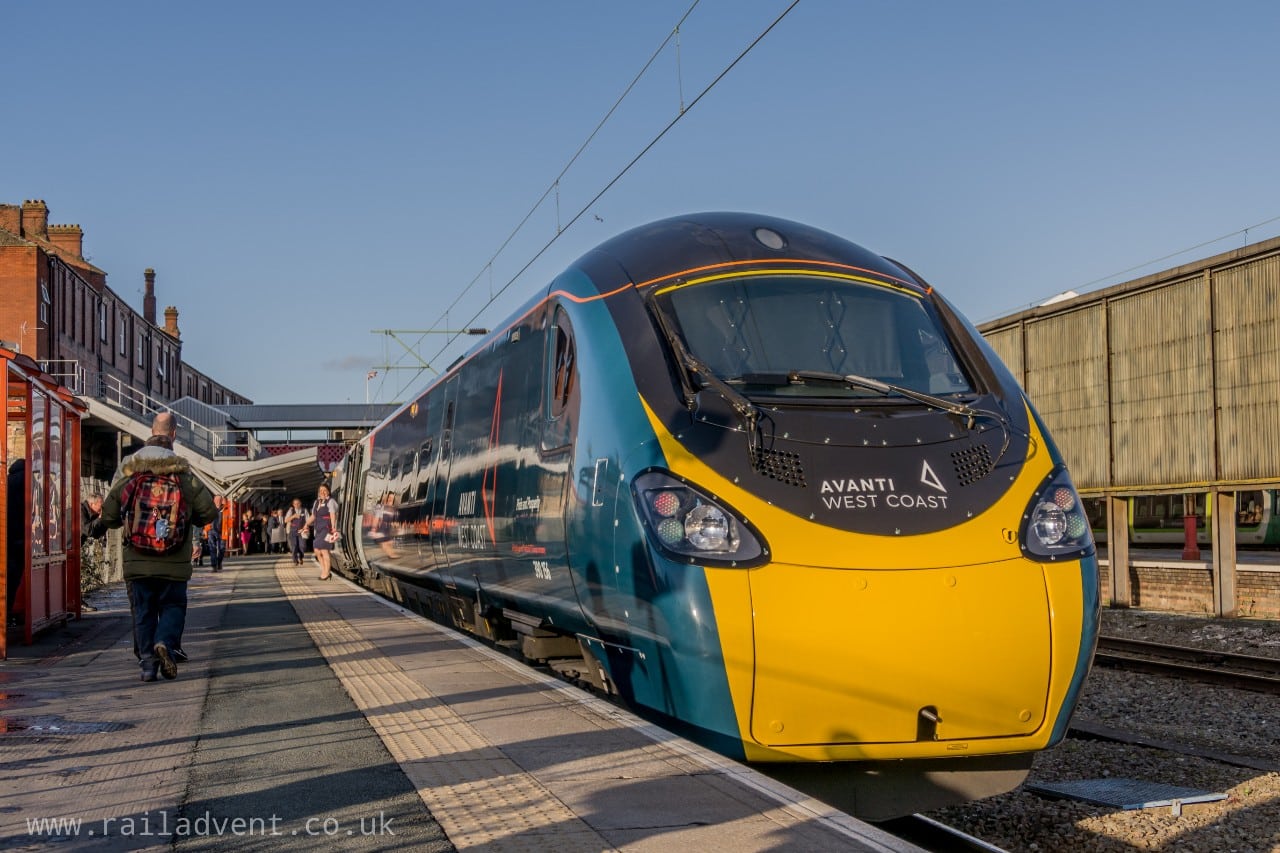 We joined the press launch at Crewe and were joined by a number of staff from Network Rail, Avanti West Coast along with railway enthusiast, Pete Waterman.

When boarding the train, you will notice this new livery is just the outside. The inside remains the same as when this train operated with Virgin Trains – however, it has been confirmed by Avanti that the inside and outside of the Pendolinos are all undergoing a refurbishment program.

Next stop was Preston, we found a puddle and managed a reflection shot, it looks superb this livery, it really does. In our opinion – we prefer this over the newer style Virgin livery – what do you think? Let us know in the comments below.

We are currently titling and flying over shap as we head for Carlisle and Glasgow – the sun is setting on what has been an excellent day so far, more to come though!

FirstGroup and Trenitalia have taken over the franchise from Virgin Trains who ran the service for 22 years.

The new partnership brings a host of further improvements for passengers, including a refurbishment program of its Pendolino trains as well as 25,000 new seats, more reliable Wi-Fi, and power sockets for all passengers.

By 2022, there will be 263 extra train services every week to more places and a fleet of new trains that will replace the current Voyager trains.

“We’re delighted to start serving the customers who take 40 million journeys every year on the west coast. We’ll bring families, friends, businesses and communities closer together with new trains and new destinations. We’re excited to get our plans underway and take services to the next level.”

“We’re honoured to begin operating intercity services on the West Coast Main Line, one of the busiest railways in Europe, that will bring a host of improvements for the millions of people who use it every year.  Trenitalia will also be using its skills to help design and manage high speed rail services from North to South in the UK over the next few years. The name Avanti was chosen to represent our values and recognises our ten-year experience in the high speed in Italy with 350 million passengers. Quality, dynamism, innovation and future: this is what we want to guarantee for the West Coast main line service”. The first Class 805 for Avanti West Coast has been shunted outside for the first time at Hitachi's...