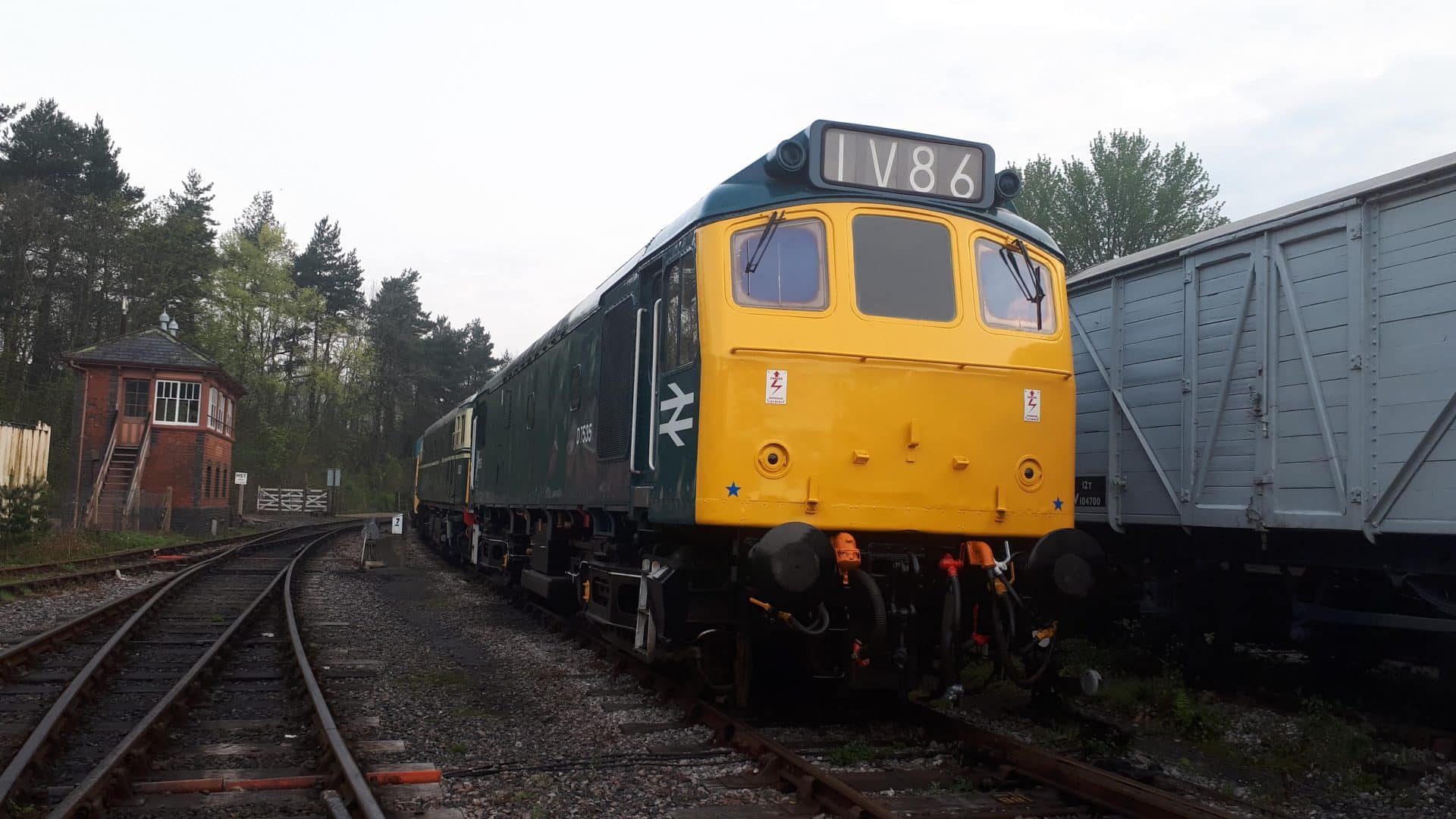 As 2019 comes to an end, here at RailAdvent, we have picked a few locomotives to loo back on and what they did in 2019.

The South Devon Diesel Traction (SDDT) have had a busy year with their Class 25 ‘Rat’.

After departing last year from the Paignton and Dartmouth Steam Railway in 2018, her ‘Mercury’ nameplates were removed from the locomotive and full yellow fronts were painted.

Her Cricklewood Depot sticker still remains and a new compressor has been installed. The SDDT are going to be installing a fully working headcode system in the front of the locomotive allowing all headcodes to be represented.

Some enthusiasts have said that D7535 is “the best diesel loco in preservation” as diesel crews have praised the SDDT for their high standards of care and attention to this locomotive.

She got the chance to double head with her sister loco D7612 (25262) and worked a variety of trains including the TPO train at the Great Central Railway and mineral trains there too. The funds raised from her visits are also funding 25191 which is undergoing long term overhaul at Buckfastleigh.

She currently stands in the loop spur at her home in Buckfastleigh undergoing winter works. It is hoped she gets to run regularly throughout the 2020 season at the South Devon Railway and other heritage railways in the country.

You can keep up to date with the whole SDDT fleet on Facebook. Click here to visit their page.