War memorial to be unveiled at Herne Hill station 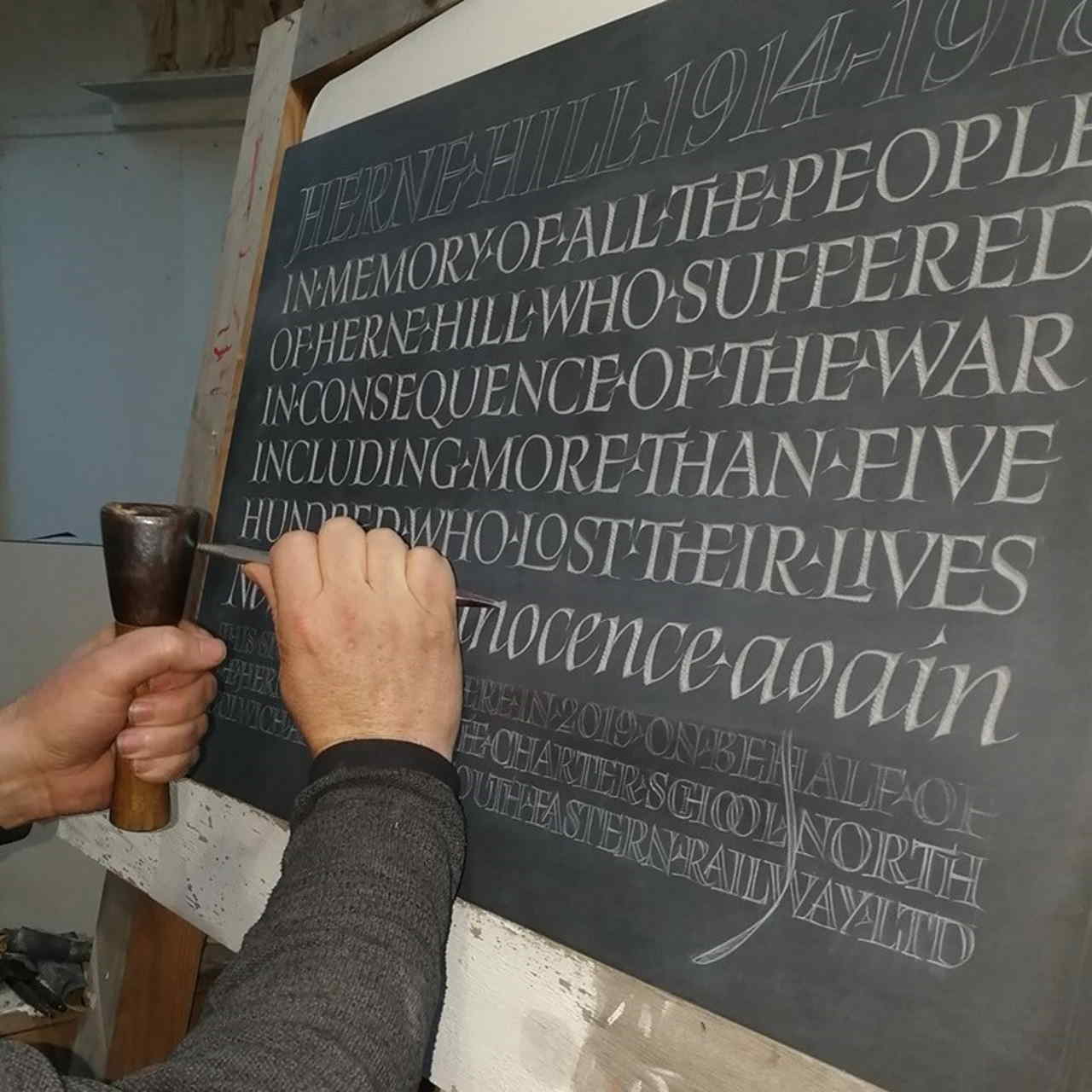 Southeastern, in association with the Herne Hill Society, has commissioned the hand-engraved Welsh slate plaque in memory of “all the people of Herne Hill” who suffered as a result of the 1914-18 war.

The new war memorial is to be unveiled on Remembrance Sunday in Herne Hill station by MP for Dulwich and West Norwood, Helen Hayes.

The memorial plaque, which was carved by Canterbury-based artist Mark Brooks, commemorates not only the Herne Hill servicemen who died in the First World War, but also the impact and suffering faced by all local people during this time.

It will be installed in the newly refurbished ticketing hall, so that passengers walking through the station will be able to view and reflect on its significance for the local area.

The war memorial is in addition to the work undertaken by the Herne Hill Society to establish a commemorative website that aims to tell the story of all those from Herne Hill who served and died in the First World War.

The project, funded by the National Lottery, has now compiled and edited over 530 records on its database, with help from the students of the Charter School North Dulwich and other local people.

The website contains stories about Herne Hill servicemen, and also local families that were affected by the First World War, including the families of casualties and people of German origin.

The unveiling on Remembrance Sunday will be followed by a performance of The Last Post by young musician Walter Feeny before a two minutes’ silence at 11 am.

“The railway played a vital part in the war effort during the First World War, particularly in transporting troops on their way to France and helping to keep resources moving to and from the front. While we are proud to be the custodian of the railway in Kent and South London today, it is important to reflect on its significant past.

“It’s a fitting privilege that Herne Hill station will serve as the site for a permanent memorial in commemoration of all those residents who died, were wounded or otherwise suffered in that terrible conflict.”

“When we began our National Lottery-funded research project together with the Charter School North Dulwich two years ago I never imagined that it would lead to the creation of a new First World War memorial.

“I would like to thank Southeastern, who have generously funded this superb artwork, and in particular their MD, David Statham. The station, at the heart of our community, is a place through which countless men passed on to France and Flanders, and seems the most appropriate place for a permanent memorial. I invite people to join us at Herne Hill Station at 10:45am on Sunday 10 November to meet artist Mark Brooks and see the memorial unveiled by Helen Hayes MP.”