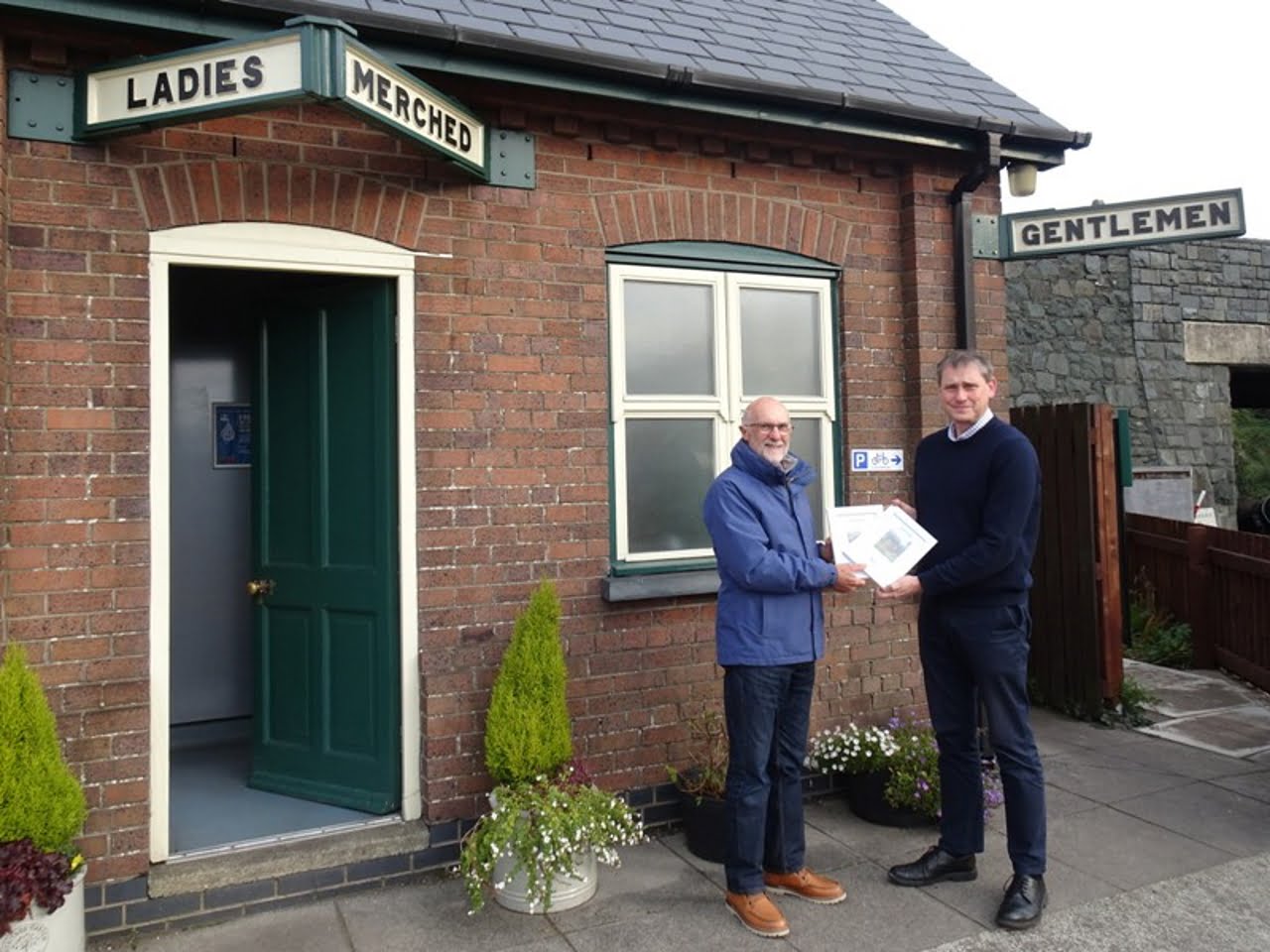 The Talyllyn Railway has received Platinum Awards in the prestigious 2019 Loo of the Year Awards for both Ladies’ and Gent’s toilets at Abergynolwyn and Tywyn Wharf Stations.

This announcement comes at the same time that both Ladies’ and Gent’s toilets at Wharf Station have been ‘twinned’ with a pair of toilets installed in the village of Kabindi in the Democratic Republic of the Congo.

Toilet Twinning is a recent charity that began in 2010, where for a donation of just over £60, the average cost of installing a latrine facility in a Third World country, a latrine facility may be provided where previously there was little basic sanitation.

In the UK, the charity toilettwinning.org invites donations to ‘twin’ toilets with a facility to be provided in such a country. The idea has been taken up by many private householders as well as shops, businesses and corporate organisations.

Several years ago, members of Tywyn Baptist Church contributed to the charity to ’twin’ all four of the Church’s toilet facilities and church members have continued to make regular donations for the extension of this worthy cause to other facilities in the town.

The church has also been able to arrange for a further five publicly accessible toilets to be twinned, three at the ‘Victorian Slipway’ pub, another at ‘Pebbles Tea Room’ and one at the Magic Lantern Cinema.

The Church has continued to promote the ‘Toilet Twinning’ charity in the town and hopes eventually to reach a target of 20 publicly accessible facilities twinned, in addition to the four already at the church, so as to give ‘Toilet Twinned’ status to the whole town.

When Phil Malin, a member of Tywyn Baptist Church and coordinator of this scheme approached the Talyllyn Railway to suggest the twinning of the toilets at Wharf Station, the TR General Manager Stuart Williams was delighted to agree to the proposition. Phil was able to come to the Railway to present the ‘Twinned Toilet’ certificates. So now the Ladies’ and Gent’s loos at Wharf Station have each been twinned with a pair of village latrines that have been constructed in a village in the Democratic Republic of the Congo.

A further donation has now been received to enable the Composting Toilet at Dolgoch Station to be twinned This will bring the total number of additionally twinned toilets in the town to eleven. On the Talyllyn Railway, only the Abergynolwyn Station facilities remain un-twinned.