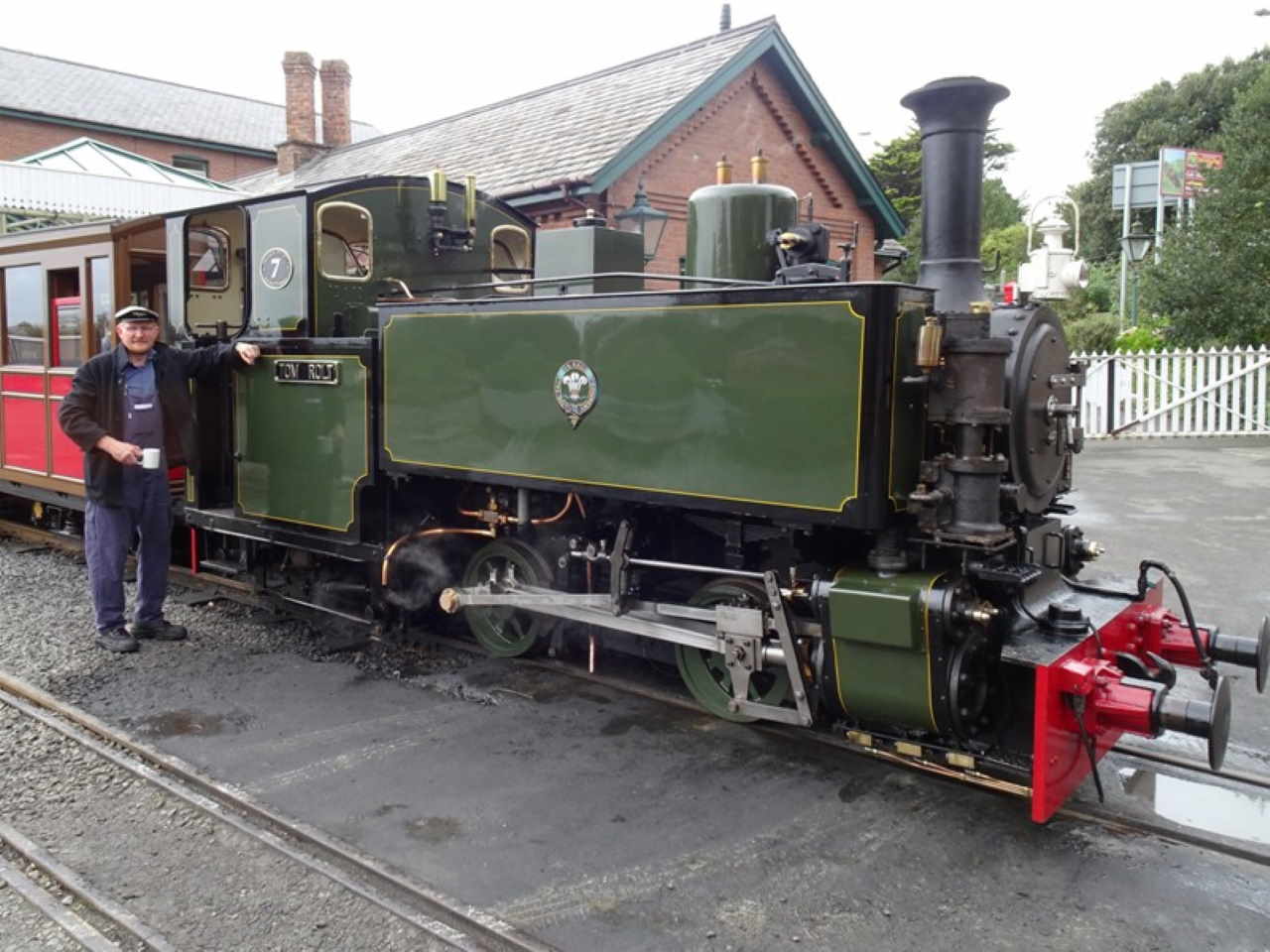 After a general overhaul, Talyllyn Railway No. 7 Tom Rolt has now been returned to service at the Mid Wales narrow gauge railway.

Steam locomotives require a boiler safety certificate to be renewed every ten years. An inspector will advise on all the work that is to be carried out, which required the Talyllyn Railway to send the boiler away to a specialist workshop.

While the boiler was away, TR engineers, including volunteers, set about overhauling the frame and running gear back at Pendre Works.

No 7’s boiler was sent away to D and M Goddard of Chippenham, who specialise in Steam Traction Engine Boilers. The refurbishment took just a little over three months from October 2018 to March this year.

No. 7 has now had its trial runs, was certificated back into service on August 15th and has been available for use for the rest of the year.

The current overhaul programme at the Talyllyn is looking to be very sustainable.  Loco No 1, ‘Talyllyn’ is in the workshop now and expected to be back next Autumn, No 2. ‘Dolgoch’ is scheduled for 2020/21 and then No.4 ‘Edward Thomas’ and No. 6 ‘Douglas become due in 2022 and 2023 respectively. After then, the Talyllyn Railway anticipate a four-year period 2024-2028 when all six locos are expected to be fully available.

Paying tribute to the skills of all who had worked on No. 7, Engineering Manager Chris Smith commented

the loco had only been re-painted in 2017 and that the volunteers had been so skillful and expert in dismantling the loco last autumn, that when it was all finally re-assembled some ten months later, no further re-painting was needed other than to the new metalwork. Chris paid tribute to the quality of work on the boiler carried out by Goddards, who specialise in Traction Engine Boilers, but whose engineering skills have transferred so very well to the requirements of the Steam Railway sector.

the quality of work undertaken by our own staff and especially by the volunteers on the Talyllyn Railway, a number of whom are highly competent engineers in their own right and many more who are regular volunteers in the engineering department taking the opportunity to develop their skills.

In September, former General Manager Chris Price, now General Manager of the North York Moors Railway, paid a return visit to the Talyllyn Railway and took the opportunity of driving the newly overhauled locomotive. He commented that No 7, ‘Tom Rolt’ was ‘In the best condition now that it had ever been’.