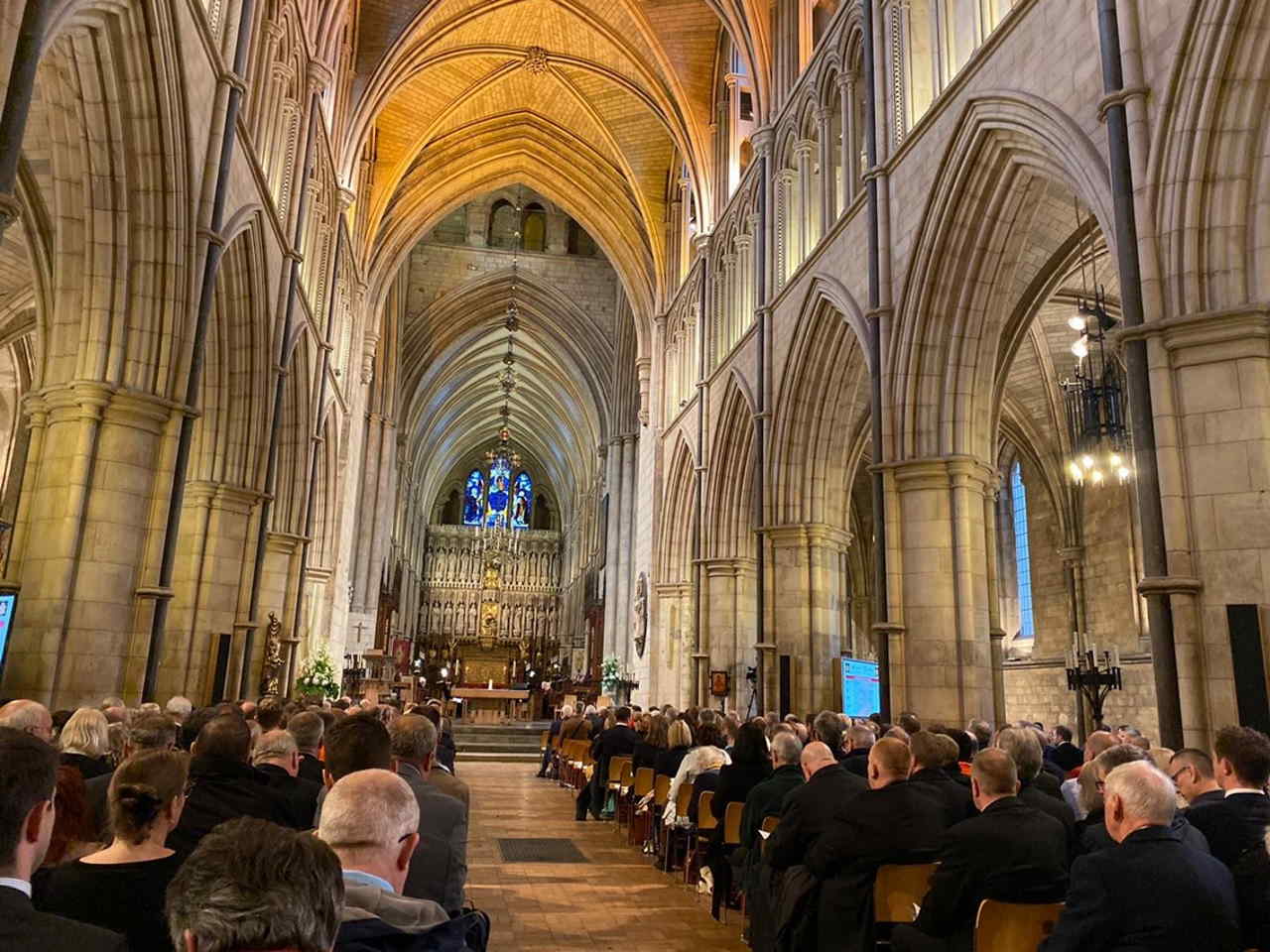 The rail industry came together this week to commemorate the thousands of railway workers who lost their lives during World War 1.

The event marked 100 years since service was held at St Paul’s Cathedral, attended by King George V, to remember the contribution of the railways during the war.

HRH The Duke of Gloucester, the grandson of King George V, attended the service to pay his respects to the fallen.

Among the other 597 guests were Sir Peter Hendy and Andrew Haines, Network Rail’s chair and chief executive respectively.

The stewards at yesterday’s centenary were:

“Over 100 years on from the end of World War 1, this memorial service was a great opportunity for the railway industry to come together and remember the hundreds of thousands of railway workers who served their country, over 20,000 of whom made the ultimate sacrifice. It was important to pay our respects to those workers, whose contribution will never be forgotten.”

Graham Wood, whose grandfather Wilfred Wood was awarded the Victoria Cross for his services in the War, was also in attendance. He said:

“My grandfather was a railwayman who won the Victoria Cross back in 1918. I was delighted to be invited today, 100 years on, to remember him and the thousands of others who served their country.

“Today is the first time I’ve worn the Victoria Cross to any event in all the years it’s been in the family. It’s been a lovely day out and I’ve enjoyed it very much.”