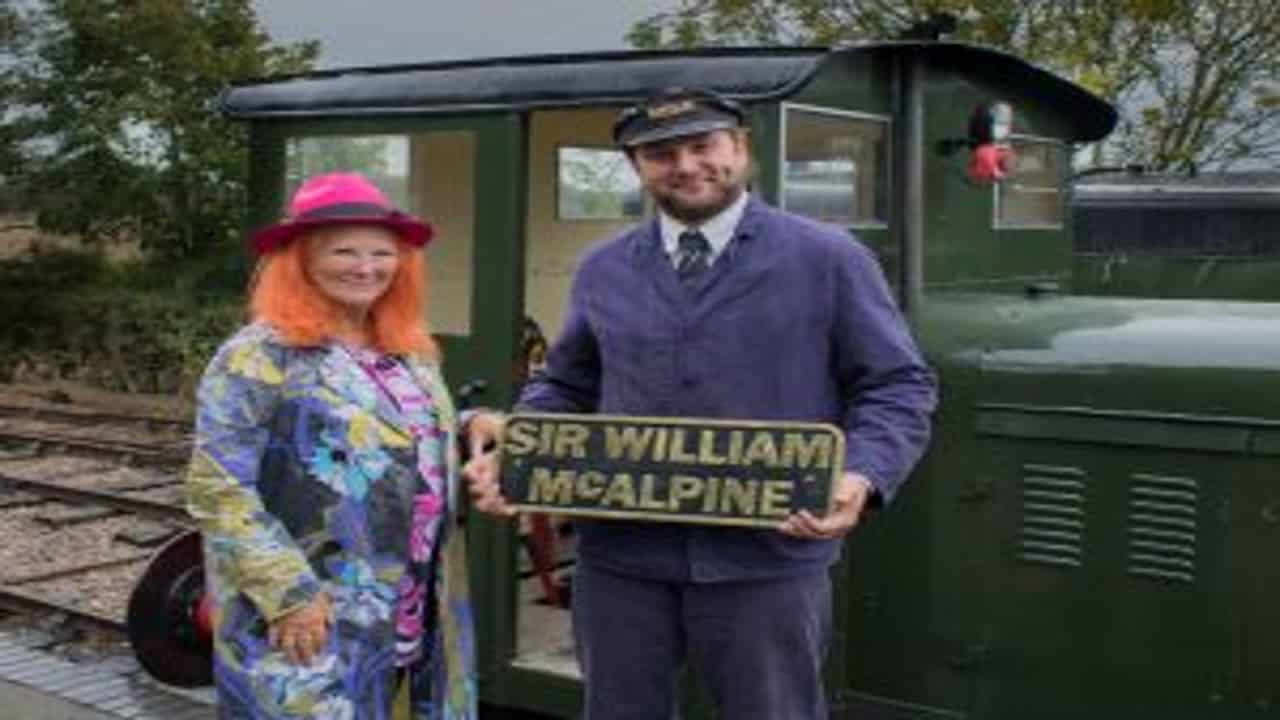 On the 12th of October, the Mid Suffolk Light Railway had a visit from Lady McAlpine, the wife of the late Sir William McAlpine, who was a well-known railway enthusiast.

Lady McAlpine was there to name the Ruston & Hornsby 48 which Middy Volunteer Lawrie Rose had bought from Sir William a few weeks before he sadly passed.

Lawrie had agreed with Sir William that the 48 could be named in his honour once it had been restored and repainted at the Middy. Lady McAlpine also approved the idea and she was pleased to visit the railway and see the nameplates attached. She then had a tour of the Middy site and, of course, a had footplate ride on Ruston & Hornsby ‘Sir William McAlpine’.

There is a particular relevance to this loco being based at Brockford as the only previously recorded visit of a diesel to the Middy is known to be from within the lifting of the original line in the year of 1953, when the contractor’s engine was an R & H 48!

Lady McAlpine was much impressed with the care that was used on her late husband’s locomotive and the MSLR in general, so much so that she made a very generous donation to our Extension Project fund at the end of her visit. Received with thanks.

New signalling between Lewes and Seaford to go live this weekend The Middy has been confirmed as a stopping point for the East Anglian Traction Engine Society Rally making...