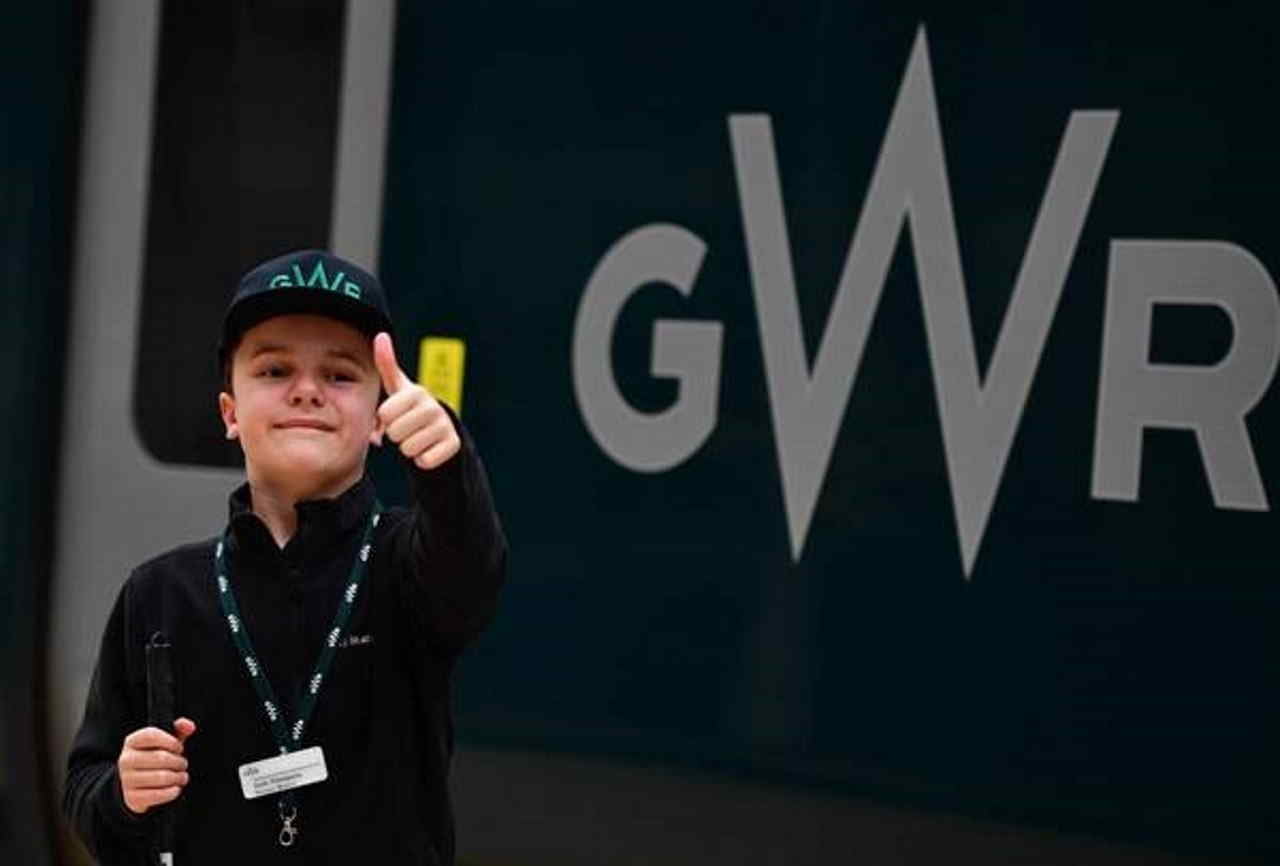 The 12-year-old was born with a brain tumour and is registered blind. He spent the day at London Paddington station offering five-star service to customers.

Jack examined tickets, made a station announcement, dispatched a train from the station and took a ride in the driver’s cab of an Intercity Express Train.

The train operator was delighted to help make his dream day a reality following an approach from the children’s charity Make-A-Wish UK.

Make-A-Wish UK said it was grateful to the train operator for helping to give Jack such a memorable day at London Paddington.

Jack was born with an optic nerve tumour the size of a golf ball. Seven rounds of chemotherapy have reduced the size of the tumour to a pea and enabled him to grow to the average height of a 12-year-old.

He is registered blind but can see shapes and colours in the distance and read signs close up.

“I’ve had the most amazing day. I loved my ride on the train and being shown inside the driver’s cab. I can’t believe how fast it felt being on an Intercity Express Train. That was great fun.

“I love trains and often ask my mum and dad to take me to the station so I can listen to the trains coming in and out. I also like playing Train Sim World on my PlayStation and driving the Great Western Express to Reading.”

GWR Customer Ambassador Jennie Williams welcomed Jack to London Paddington and gave him a tour of the station.

“It was an absolute pleasure to welcome Jack and wonderful to see his enthusiasm for trains. He’s such a brave lad and has already proved himself to be a real fighter. It was lovely to be able to make it a special day for him.”

“Jack would grow millimetres when others were growing centimetres. Now, thanks to daily injections for growth hormones, he’s the size of a normal 12-year-old.

“Unfortunately his vision won’t improve – the nerves in his eyes are damaged beyond repair. He sees an ophthalmologist every four weeks to make sure his sight doesn’t get any worse.”

Lines reopened after person hit by train near Broxbourne