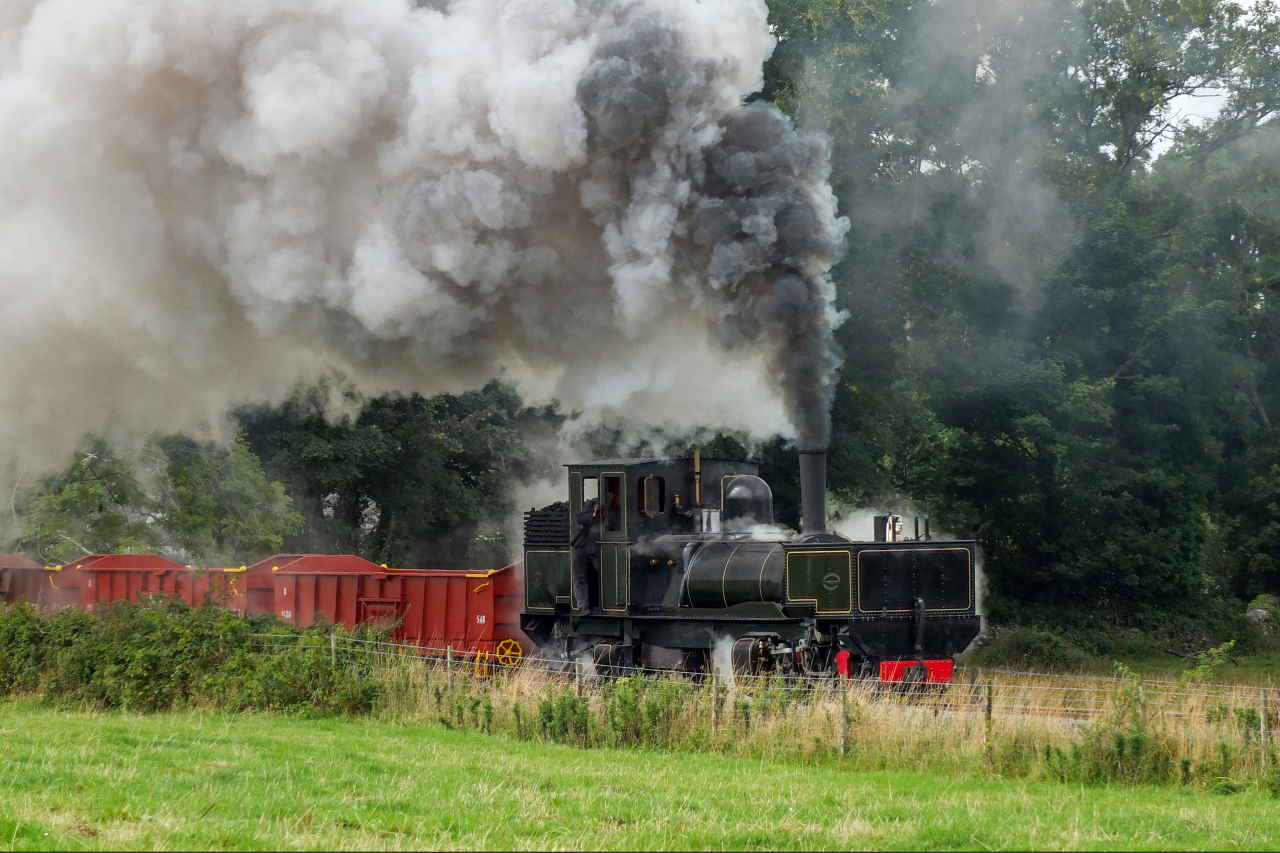 The Ffestiniog & Welsh Highland Railways has announced that the pioneer Beyer-Garratt, K1, will be moving to its new home of the Statfold Barn Railway.

The K1 has been regarded as an icon of the Welsh Highland Railway and has been missed by enthusiasts and members since being withdrawn in 2014 when its boiler ticket ran out.

Since withdrawal it has lived at Dinas in a part-dismantled state, awaiting full retubing and
an ‘intermediate’ overhaul of its power bogies.

The F&WHR has had good relations with the Statfold Barn Railway and is working together to ensure a solution has been found that means enthusiasts have access to the locomotive ahead of a return to service.

K1 will move to Statfold Barn at the end of November 2019 and will go on display shortly thereafter. Cosmetic restoration will take place and will see the cab fittings replaced after they were removed at the end of its last time in service.

The eventual return to steam should be a straightforward matter as the boiler which K1 carries was built by Israel Newton when the original boiler was found to be beyond repair.

K1 was built in 1909 at the Gorton Works of Beyer Peacock and was repatriated by them in 1947.

This locomotive is unsuitable for use on the Ffestiniog Railway, due to its size.

The final Garratt locomotive built at Gorton works, South African Railways NG/G16 No.143 is also now at the Welsh Highland Railway. It is currently in active service, and a spare boiler is being overhauled for it ahead of a planned overhaul in 2021/22. There is a desire to see both locomotives in steam side by side again at some point in the future.

The K1 will return to the Welsh Highland Railway when a suitable slot for overhaul opens up.

“We have a very heavy workload at present in our workshops at Dinas, where we are working towards having four NG/G16 Garratts available for traffic on the WHR. K1, whilst originally thought to be ideal for the WHR, has proven to be both underpowered and lacking in bunker capacity to work normal-length WHR passenger trains. In addition, it
has become very apparent that this locomotive (and its sister K2) were prototypes. As a result, K1 is a high maintenance machine, and maintenance often involves a considerable amount of dismantling. It is therefore difficult for the F&WHR to prioritise work on this locomotive at this time. A ‘window of opportunity’ to carry out an overhaul in the summer of 2019 failed to materialise, and it is likely to be at least four years before another opportunity presents itself”.

“K1 is a really interesting locomotive, and we are very conscious that people like to see it. With no facilities for public access at Dinas at the present time, we are really grateful to the Statfold Barn team for taking charge of it. Not only will the locomotive be on display but it will be possible to make some fascinating comparisons with other locomotives
in the collection. We know it will be in safe hands”.

“We are absolutely delighted to have the opportunity to offer a secure home for this iconic locomotive. K1 will join our extensive collection of narrow-gauge rolling stock and will assist in telling the story of the development of narrow-gauge motive power. It will join our varied mix of locomotive types, which includes the only examples of Mallet articulated locos in the UK, the historically-important Eclipse and Coalition (electric locomotives that were
converted from Bagnall steam engines) and an 1884 Corpet with Browns Patent valve gear, amongst others. K1 will be on display at all of our railway events so that we can provide an opportunity for visitors to view this impressive machine at close quarters, and also publicise it to a wide audience. We are happy to build on our already-close relationship with the F&WHR. K1 will be available to be inspected during our first dedicated Enthusiasts Event of the year on 21 March 2020”.