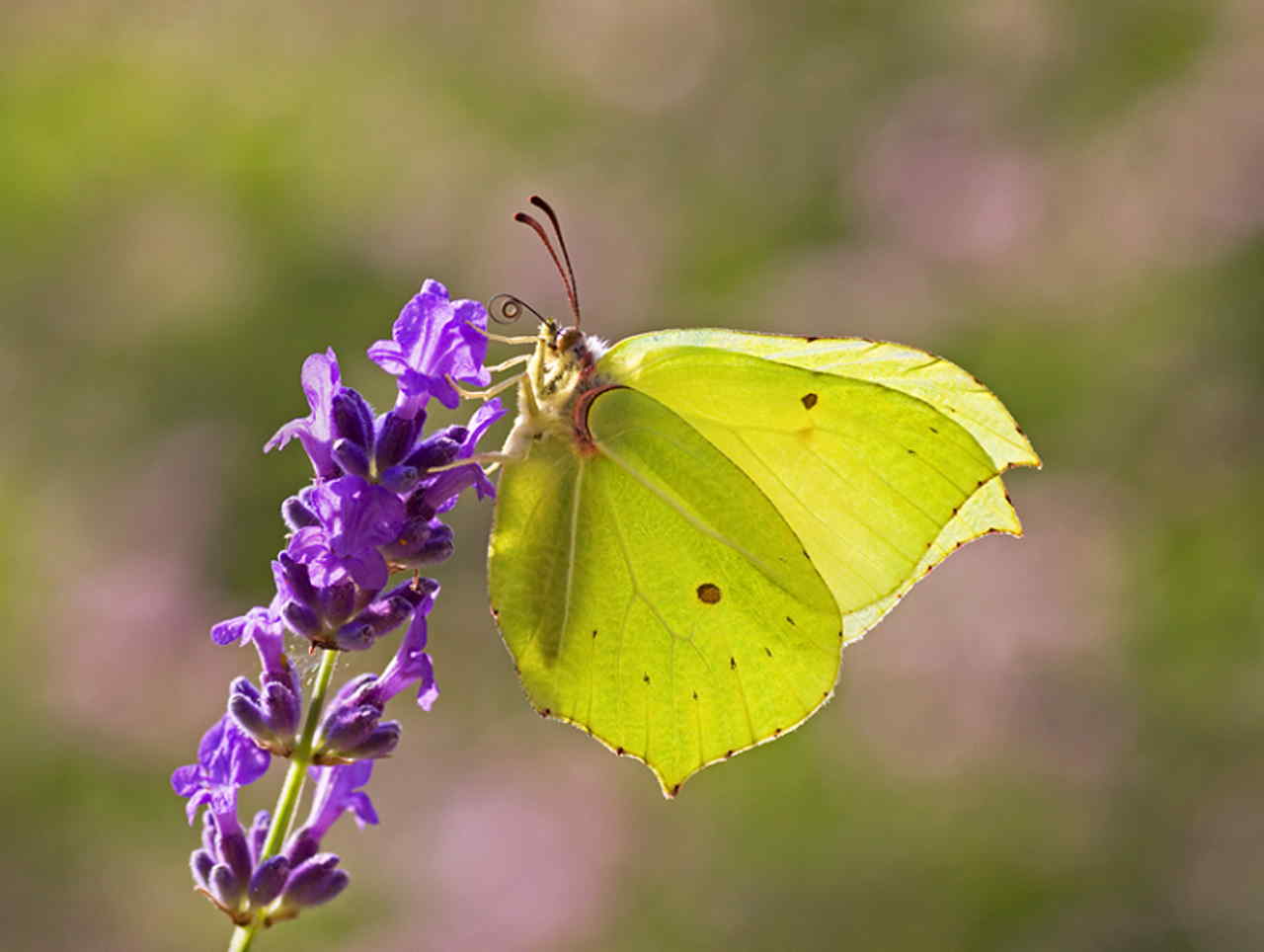 Alder and Common Buckthorn are the only food plants of the Brimstone Butterfly’s caterpillar, making them totally reliant on it for their survival.

Although not endangered, the Brimstone was once described as ‘scarce’ in East Suffolk and, saw a decline in its numbers due to habitat loss and the effects of climate change.

Sue is keen for others to offer somewhere for butterflies to thrive. There is plenty of nectar in gardens to feed the adults, but not enough plants that can support egg-laying or provide food for the caterpillars.

“We often see first generation Brimstone Butterflies here in early Spring, emerging from hibernation on a warm sunny day to look for nectar and mates. But we very rarely see the second generation.

“So I was rather pleased to see a very fresh, very green male Brimstone nectaring on the Wild Pea on the platform at the beginning of August.

“It wasn’t until the evening that it occurred to me that the sighting was only a couple of feet from my Buckthorn hedge.

“The next morning, I was out as soon as it started to warm up, to see if I could find another individual. And there it was. Same place, but not nectaring. This one was so freshly emerged that it was still drying its wings – so it couldn’t have come from anywhere else!

“I felt rather as though I’d pulled off a magic trick that I hadn’t really believed in.”

“It actually works. You can support the population of this beautiful insect just by planting a short hedge.”

“It’s amazing what Sue has achieved at Somerleyton over the years, which has become a real haven – not only for the Brimstone Butterfly, but also many other creatures thanks to her efforts.

“She knows every plant on her platform and has encouraged plants which attract lots of different wildlife to provide a habitat for birds, small mammals and insects which at the same time looks stunning and provides a lovely first impression to people visiting the village by train.”

“Individual actions can a really positive effect and can help to reverse the decline in insect populations. Buckthorns are also very good for Holly Blue and Green Hairstreak butterflies – as both of these also lay eggs upon them – and these plants also attract a wealth of bees, and hoverflies, some of them rare.”

ONE WEEK REMINDER: Work to replace railway bridge near Southport means NO TRAINS

Gloucestershire Warwickshire Steam Railway gets into the Christmas spirit