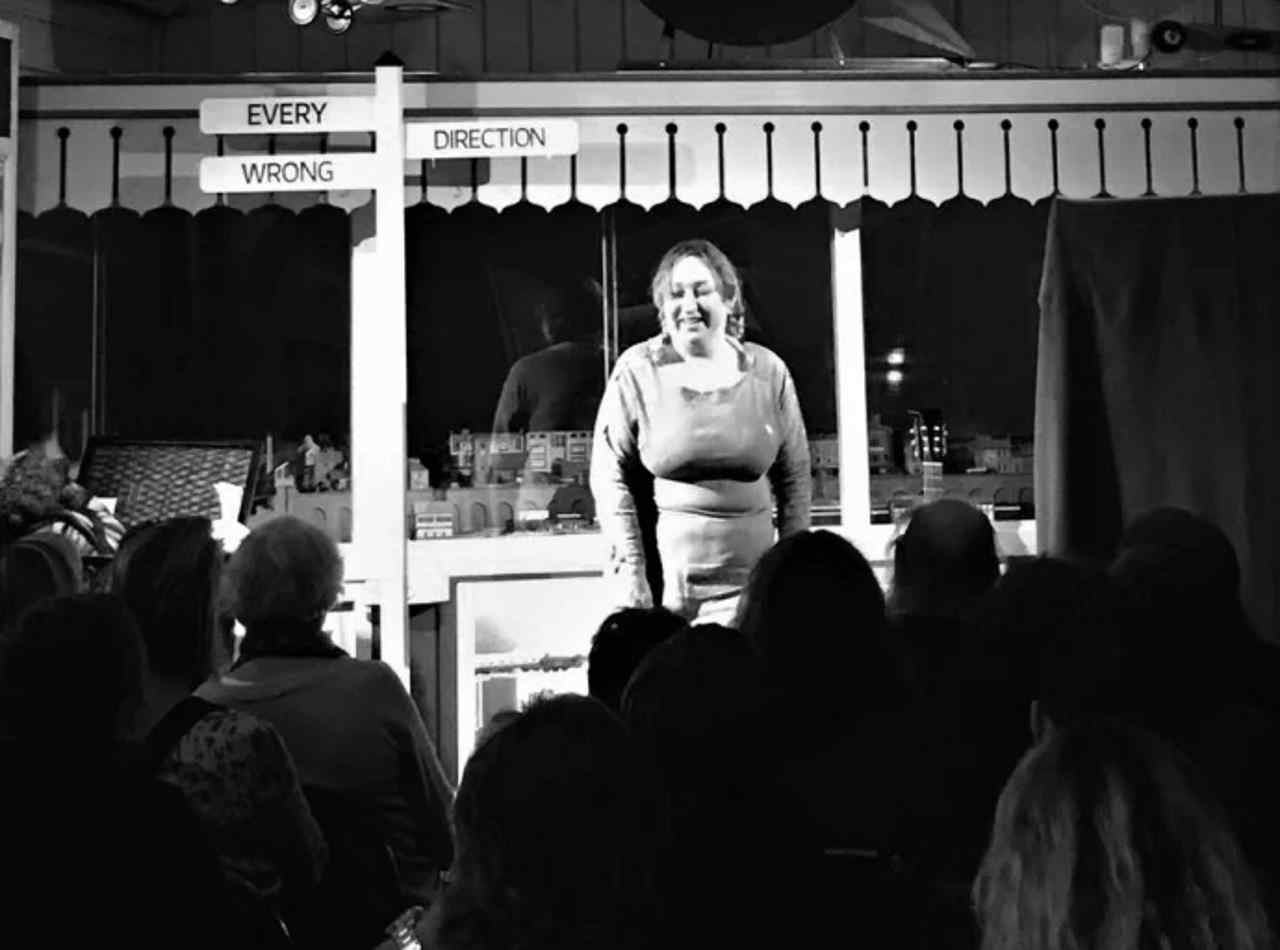 Following the sell-out success of her inaugural one-woman comedy show, a grandmother and mum of three will be performing at Brighton Fringe next year.

Tracy Savage, who is a Brighton railway station ticket office clerk, had her audience both laughing and crying during her performance ‘Every Wrong Direction – a one-woman comedy’. She performed at the Brighton Toy and Model Museum last month.

Tracy, aged 52, and grew up in Shoreham-by-Sea, talked candidly during her show about growing up with an absent father during the 1970s. As well as having her first child a the age of 18 and the struggles of motherhood and being a single parent. She also shared her adventures in France and the battle of the overwhelming laundry heap.

Tracy is now excited to be performing at the international open-access arts festival, Brighton Fringe, in May next year.

“I got a standing ovation both nights, which was particularly exciting on the last night when there were more people I didn’t know in. I’m delighted it was such a success and really hope to turn it into a mission – to get people talking about their families, their pain and their positive moments so that we may all eventually grow up and move on together. I believe that many of our problems as a society could be addressed by healing our childhood wounds and doing better as we raise the next generations.”

“A three-night run may be ambitious for an unknown, but it is a great story. Everyone laughed and cried and laughed some more and people are still telling me their own stories after hearing mine.”

Speaking of her preparations for the show, Tracy added:

“I literally felt as if I was working two full time jobs, fitting in rehearsals around shifts. Colleagues were subjected to me wandering around the Travel Centre at the station muttering as I ran my lines when there were no customers. Likewise, my youngest daughter gave up most of her mornings for a fortnight and sat through rehearsals with me.”

“We are delighted that Tracy will be performing at Brighton Fringe 2020. We are a completely open-access festival, and encourage new performers to take part each year. Our Fringe Academy provides skills-based training, advice and support through workshops and online documents for anyone who wishes to take part. This approach ensures that each festival offers a diverse and contemporary range of events from circus and cabaret to theatre and spoken word, and much more. We hope Tracy’s show will be a huge success.”

Ashford passengers – check before travelling this weekend and Christmas