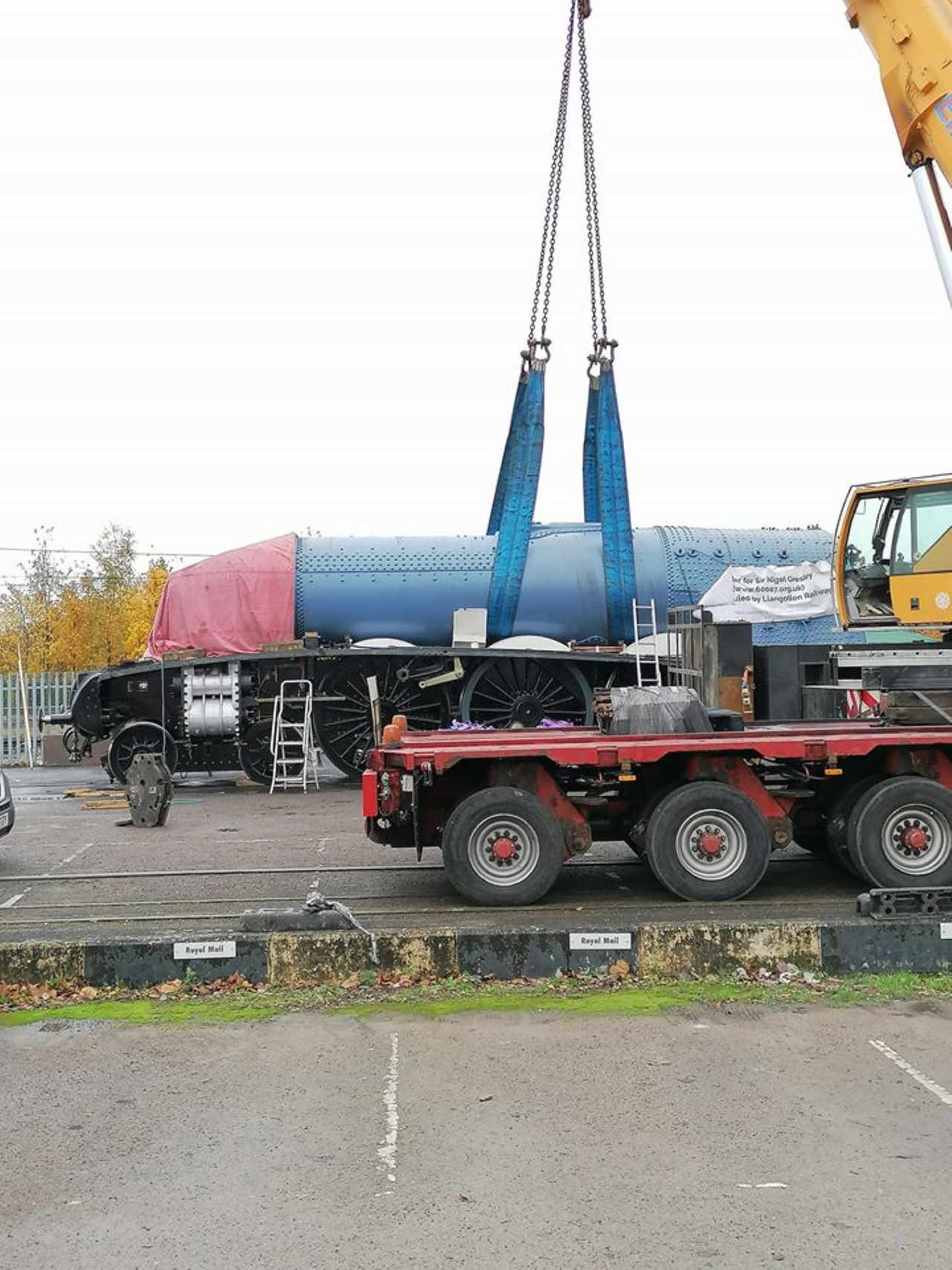 It has been announced that the frames for 60007 Sir Nigel Gresley have received the boiler, marking a major milestone in the overhaul.

The boiler has been under overhaul at the Llangollen Railway, in Wales.

The lorry carrying the boiler made the journey from the Llangollen Railway to the National Railway Museum, in York, yesterday.

The move of the boiler from the lorry to the frames was completed today (7th November 2019).

Now that the boiler has been lifted into the frames, the pipework and little bits can start to be added back onto the locomotive.

The next milestone will be the in frames boiler test, this will take place at the National Railway Museum in York.

Coupled wheel springs replaced on A1 steam locomotive No. 60163 “Tornado”