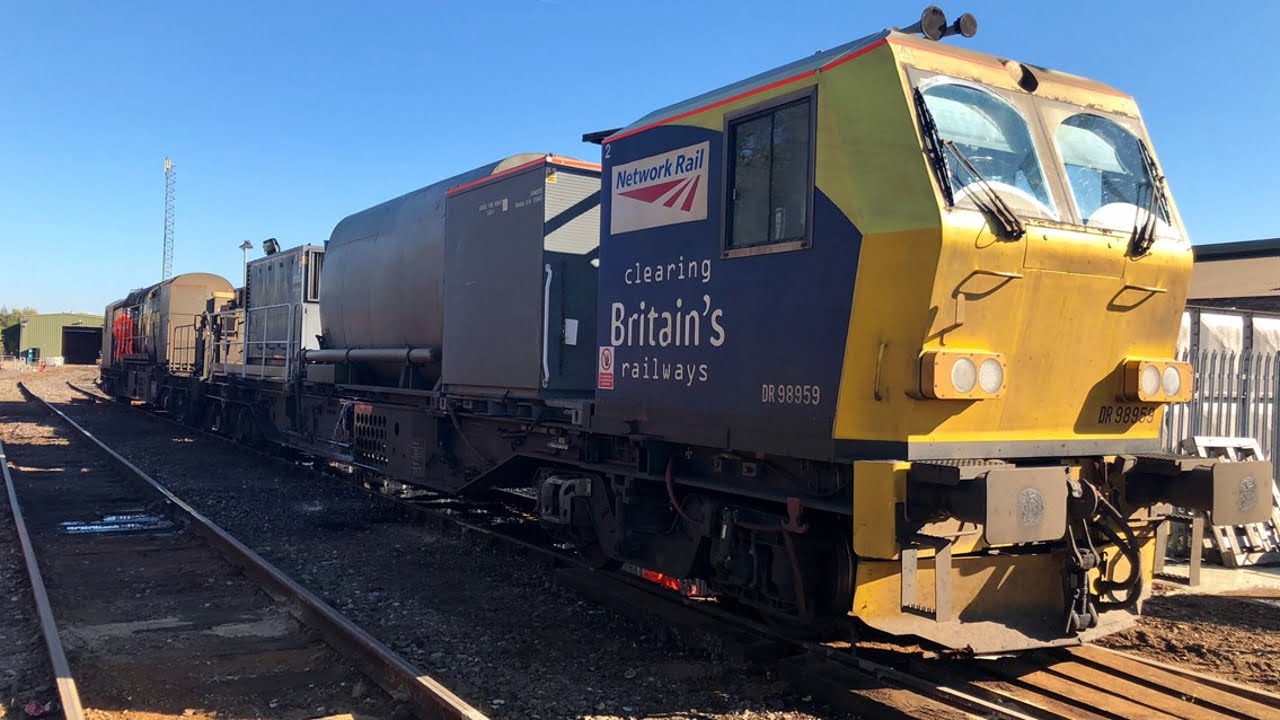 From the 1st of October, the culmination of months of planning by Network Rail and train operators will finally come to fruition to minimise disruption that is caused by leaves on the line.

The specialist machines will wash leaf debris off the rails at very high pressure and then spray them with a glue-like coating to help train wheels grip the tracks.

The four ‘leaf-busting’ trains will run for 24 hours a day until the 12th of December and in total will treat 121,884 track miles altogether this year – which is the equivalent of 4.89 times around the equator.

When leaves fall, they stick to damp rails, and passing trains compress them into a smooth, slippery, layer that reduces the grip that the train has, similar to black ice on roads with cars.

in order to keep passengers safe, train drivers then have to brake earlier when approaching stations and signals to avoid overshooting and accelerate more gently to avoid wheel spin.

This year, 118 track gel applicators – 23 more than last year – have been positioned across the rail network. They spray a special sand-like gel onto the rails to help provide extra grip for train wheels.

Planning between Network Rail and train operators began about a year ago in order to ensure trains and tracks are kept in the best possible condition for 2019.

In addition to the leaf busting trains, a special timetable lasting 7 days will be put in place for commuters on the Cross City line through Birmingham by West Midlands Railway to help combat delays.

The new timetable will operate only on weekdays from Monday the 14th of October until Friday the 29th of November 2019, this will affect services from Lichfield, through Birmingham New Street, to Redditch and Bromsgrove.

The timetable is focused on both providing a normal level of service for commuters travelling to and from Birmingham city centre, with every train arriving at New Street before 9.30am being unaffected by this. Trains heading out of the city after 4pm will also call at all stops as they normally do.

Specialist teams will be positioned across the Central and West Coast Mainline South routes in order to check that our autumn treatment programme is in fact working effectively and will provide additional support where necessary.

Pioneering testing to improve the reliability of trains during future autumns will also be taking place on the Cross City line on every Sunday during the month of October.

The line between Barnt Green and Redditch will be closed on October the 6th, the 13th, the 20th & the 27th so special test trains can be used to trial new ways of braking that have been designed to reduce the delays for passengers caused by ‘leaves on the line’.

Passengers that are affected by the tests can plan their alternative journey by visiting the following website www.nationalrail.co.uk.

“Leaves on the line is a big problem for the railway. It disrupts services and inconveniences passengers and every year, Network Rail and train operators work together to battle against the elements to get passengers and freight to their destinations. We are always looking at innovative ways to improve the railway and months of hard work has gone into getting us ready and prepared to deal with autumn 2019.”

“We are supporting the important work Network Rail is doing to keep the trains moving this autumn by facilitating testing of new technology on our routes. In Birmingham we are also introducing a special timetable on the Cross City line for seven weeks from October 14 to mitigate the impact of leaf fall on this high-frequency route. We urge customers using this route to check their journeys during this period.”

“Chiltern Railways has been working closely with Network Rail to ensure that our trains continue to be punctual through the autumn.  Behind the scenes our team have worked hard to accommodate the treatment trains alongside our passenger services to ensure we run as normal a service as possible. Some of our services will depart stations three minutes earlier and customers are advised to check train times before travelling.”