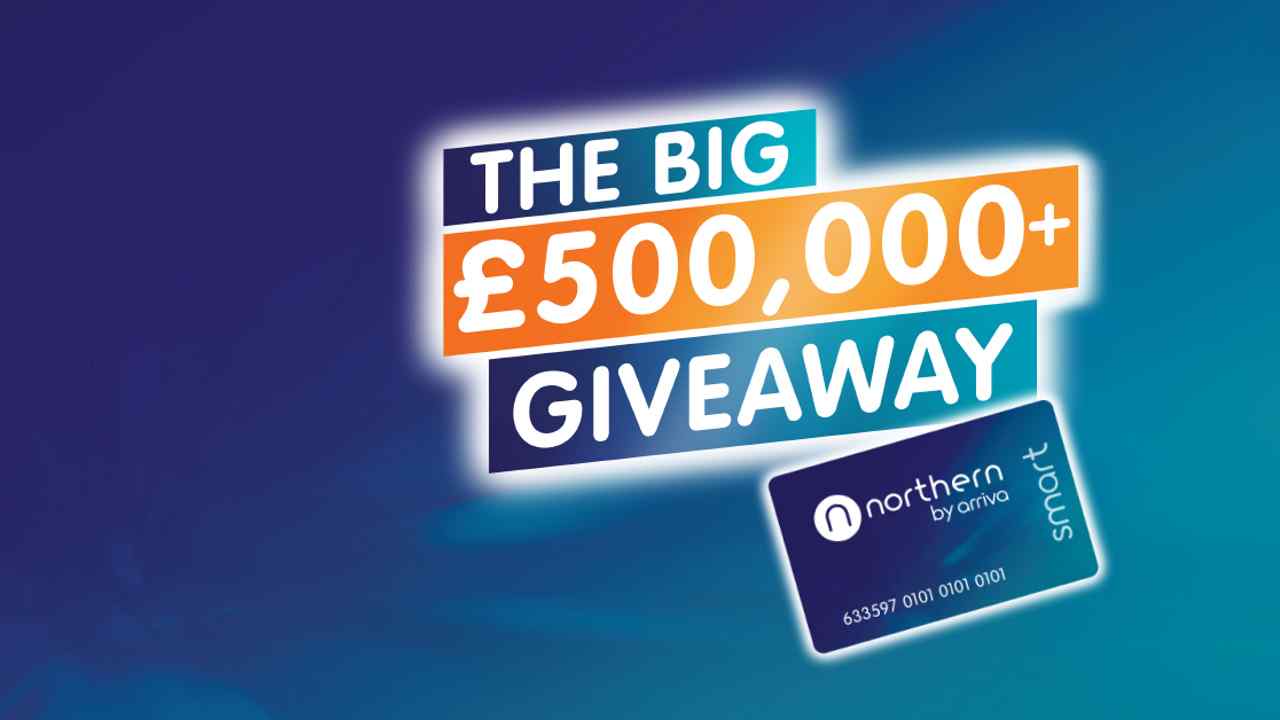 Northern passengers are celebrating this week after the first draw of the Northern £500,000 giveaway for Smart season ticket holders.

The giveaway runs until January 2020, with prize draws each month for holders of a valid Northern Smart season ticket able to enter in addition, customers with Merseyside Railpass; Greater Manchester Traincard; West Yorkshire MCard ‘Bus & Rail’ and TravelMaster SYConnect+ tickets can also put their names in the draw.

Passengers can enter via the Northern website at www.northernrailway.co.uk/winsmart

Smart season tickets are available as a weekly, monthly or yearly electronic pass, and can be renewed at any time via a ticket office, ticket machine, computer or Android smartphone.

“This will be a lovely surprise for those customers who’ve won back the cost of their season ticket and they can now decide how they will spend it.

“We’ve only done the first draw, but it has already caught people’s imagination and I urge as many people as possible to join the Smart revolution and enter the giveaway. With a draw every month until January, they could be one of the lucky winners.

Rail operator c2c is encouraging families to get their child Smartcard ordered in time for half term to...