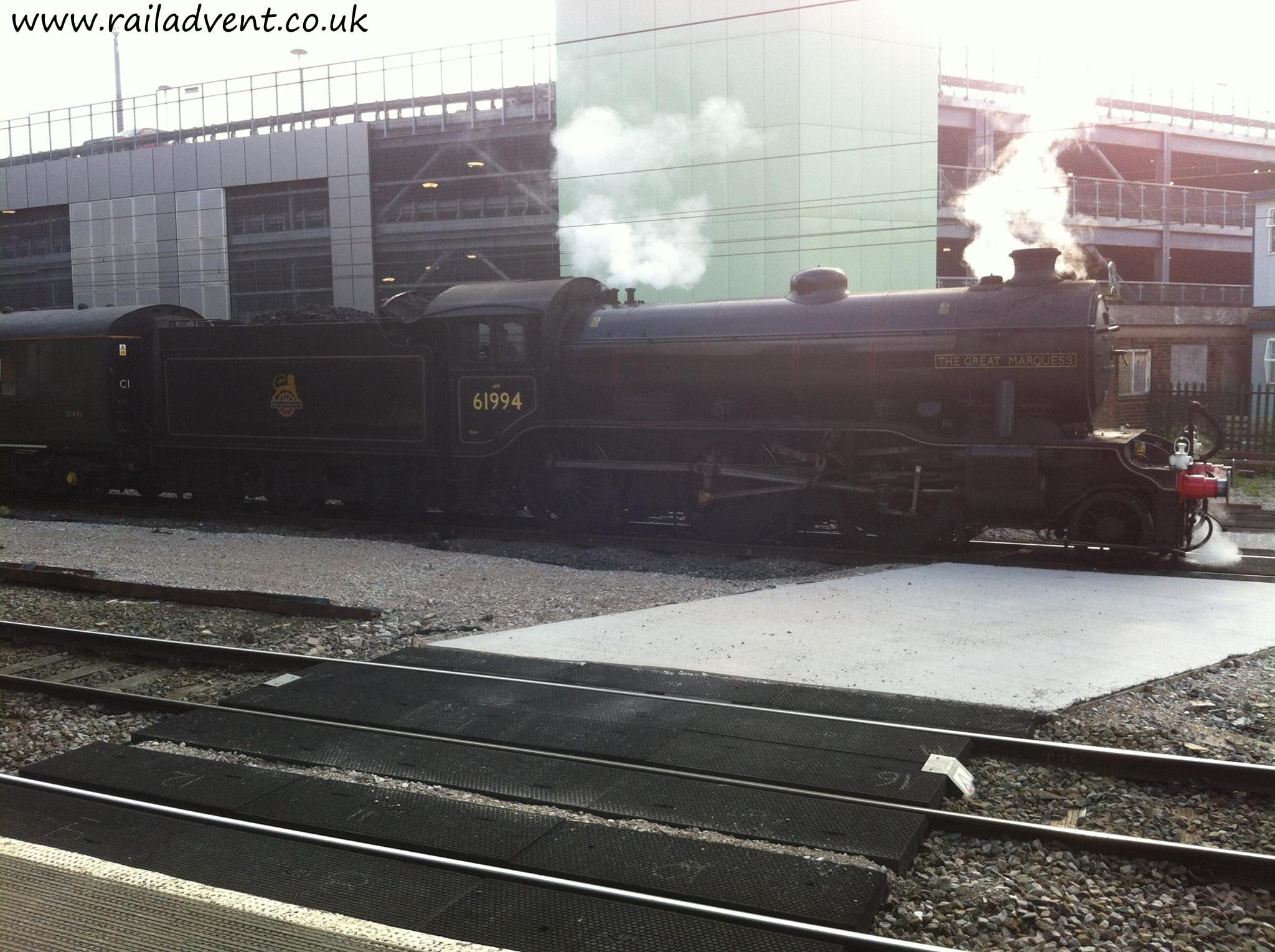 Designed to run along the difficult West Highland Route in Scotland, the K4 Class would become one of Gresley’s last few designs for the London and North Eastern Railway.

Join us as we look back on the history of this small class and how only one engine survived into the 21st century.

The concept for an engine similar to the final K4 design first appeared in 1924, but with a shift around in locomotive stock, the West Highland’s operating needs were met by the K2s.

A decade later in 1934 and the traffic demands had changed, with the K2s being pushed to their limits.

With this, Gresley set his team at Doncaster Works to look into improving or creating a class for the route.

Initially, Gresley requested for the team to produce drawings for a revised K2 with increased boiler pressure and cylinder diameter. The team advised against these modifications, on the grounds of reduced adhesion. Following this, the decision was made in 1936 to build one of the engines from the K3 batch under construction to a new design of 2-6-0.

The basic dimensions and features of the K4 class include: 2-6-0 wheel arrangement (coupled wheels – 5 foot (ft) 2 inch (in), leading truck – 3ft 2in), LNER Diagram Type 110 boiler pressed at 200 lbf/in2, three cylinders – one inside, two outside (18.5 in diameter and 26in stroke) worked by Walschaerts valve gearing and Gresley Conjugated valve gear, total weight came in at 68 long tons (engine only) and a tractive effort of 36,598lb (BR 5P6F).

Below are numbers, names and build date for all six of the K4s, which were all built at the LNER’s Darlington Works.

The prototype engine, No.3441 “Loch Long”, was completed January 1937 and was sent up to Glasgow where crew training was carried out for 5 weeks on freight traffic only. Early March saw 3441 begin hauling passenger trains, where initially performance was hardly better than the K2s.

“Loch Long” struggled to tackle the steep inclines which reflected in the low speeds achieved. On receiving this news, Gresley decided to increase the boiler pressure was the best approach, with pressure going from 180lbf to 200lbf. Despite the fall in adhesion, the increase in tractive effort (Roughly 11%) produced the engine needed for the West Highlands Route.

Although showing only small reductions in coal and water consumption over the K2s, the K4s could handle 300 ton with top speeds of 60mph being achieved where possible. After this slight modification proved successful a batch for five engines was approved, with all in service by January 1939.

Monitoring and tightening were needed as centre motion components were the biggest problem with the K4s, caused by excessive vibrations when running at high speeds.

In 1947, 10 years after “Long Loch” was completed, Thompson’s B1 class started to be allocated on the West Highland Route, followed by the Stanier Black 5s after Nationalisation. This saw the K4s based mainly on freight traffic and transferred to other sheds, such as Edinburgh, with the remaining five engines spending their final years at Thornton, Fife. It was here that by December 1961 the K4s was no longer in service.

Despite the K4s early withdrawn, one engine has been saved for preservation, this being 3442 (61994) “The Great Marquess”. Purchased by Viscount Garnock in 1963 and overhauled by British Railways, 3442 now in LNER Apple Green livery, hauled railtours across the county until withdrawn for boiler repairs in 1967.

With the steam ban in 1968, 3442 was placed into storage at its Leeds base. Viscount Garnock was also involved with the Severn Valley Railway, which is where 3442 was moved to in 1972. Although returned to steam, the axle loading was too heavy for the SVR in the early 1970s, so only a couple of hundred miles was run initially. After many years of being stored, “The Great Marquess” was overhauled for mainline running in 1989, heading back to its old stomping ground of the West Highland Route.

On this ticket, 3442 worked on both the mainline and SVR. Issues with the crank axle due to the valve gearing caused the engine to be withdrawn awaiting repairs. In 2003, 61994 was sold to John Cameron (who also owns LNER A4 Class No.60009 (4488) “Union of South Africa”), who moved the locomotive back to Scotland after an overhaul at Crewe and continued to carry BR Lined Black with Early Crest.

The engine was based at Thornton Junction and hauled mainline tours along with visits to persevered railways including its old home of the SVR. Late 2015 saw “The Great Marquess” pulled from traffic with firebox issues, but with the ticket running out in Spring 2016 the engine was withdrawn from traffic.

John Cameron has since decided to display both of his engines in a museum he plans to build. In the meantime, 61994 is currently on display at the Bo’ness & Kinneil Railway.

We hope you have enjoyed this latest instalment of our Sole Survivor series, keep an eye out for the next Lost Class coming out within the next few weeks.