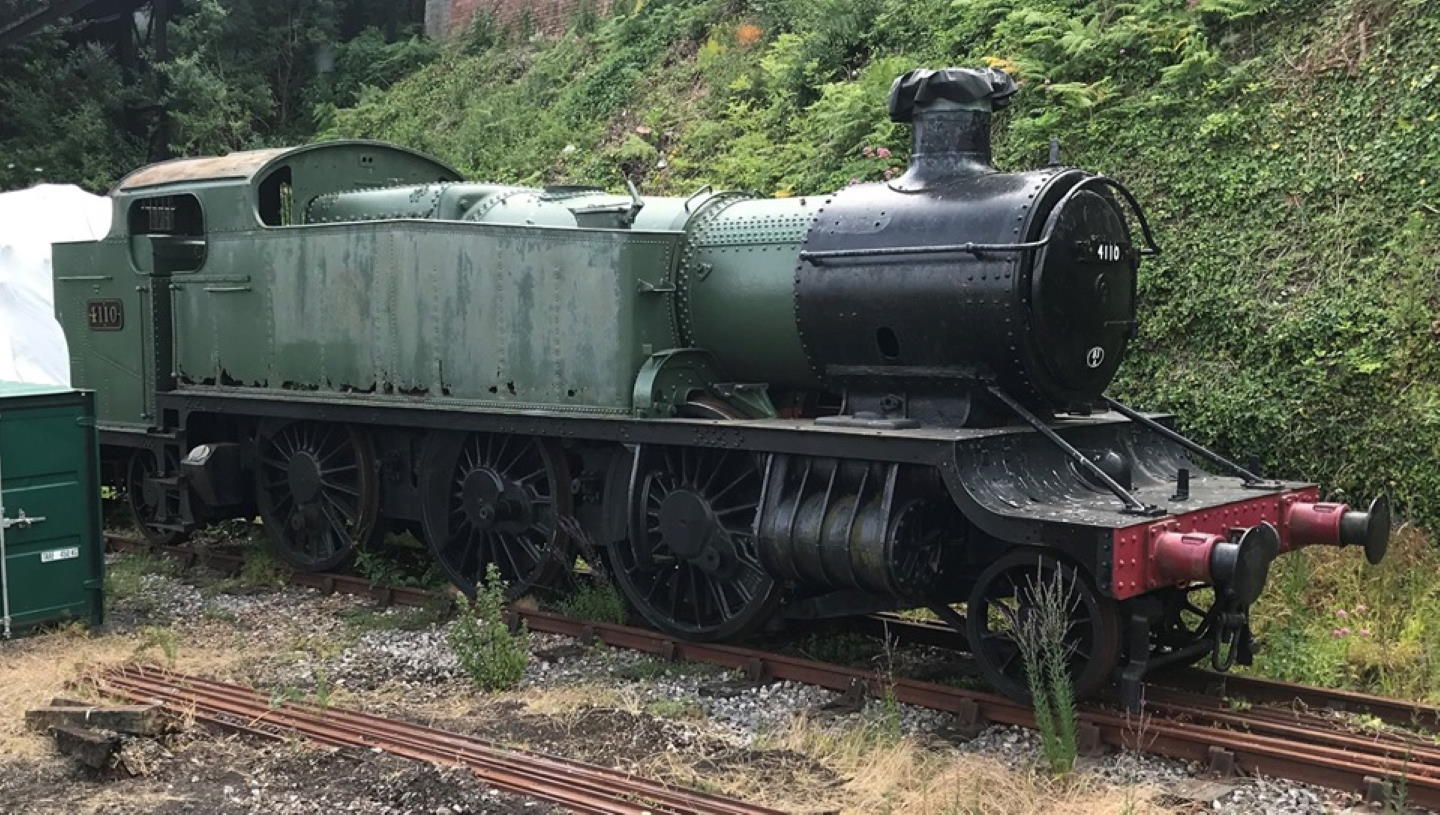 The East Somerset Railway (ESR) has announced that a restoration deal is being finalised between them and the owners of Great Western Railway ‘Large Prairie’ 5101 Class No.4110, the Dartmouth Steam Railway (DSR).

Acquired from the West Somerset Railway in Early 2019, 4110 is currently awaiting restoration at the DSR.

With the ESR having recently overhauled another DSR owned locomotive, 5239 Goliath, both railways have built up a good relationship, leading to the deal to restore 4110.

In return, 4110 will operate on the ESR for three years following restoration.

If the deal is agreed on both sides, 4110 is planned to move to Cranmore on the ESR in January 2020, with work to commence immediately.

Hopefully, this deal goes through and we can once again see 4110 steam again.