Croydon Tram Crash – No charges for the driver or operator 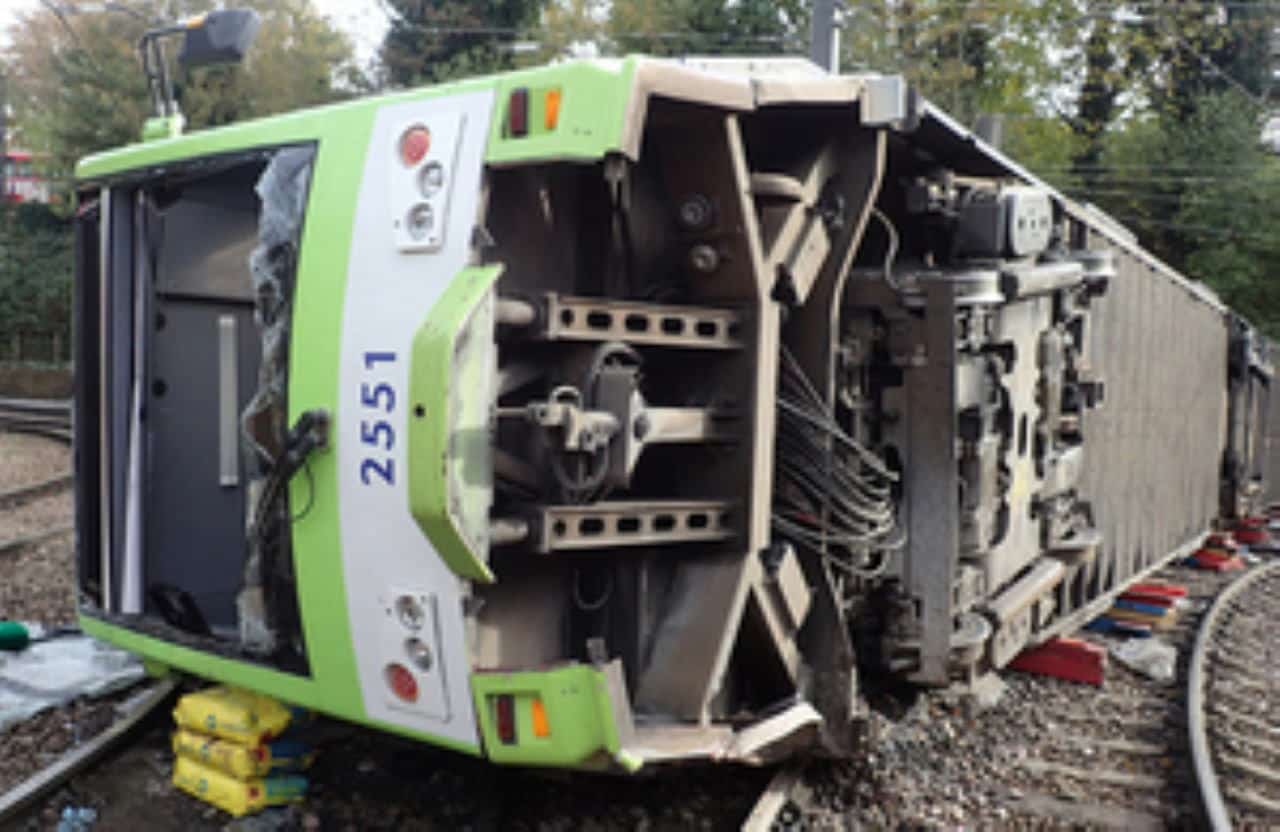 Back on 9th November 2016, seven people died after a tram derailed and overturned close to the Sandilands tram stop in Croydon.

Following nearly three years of enquiries, a decision has been made by the Crown Prosecution Service (CPS) that the tram driver will NOT be charged with gross negligence manslaughter.

It has also been concluded that no charge for corporate manslaughter will be brought against Tram Operations Limited and Transport for London.

This follows three years of enquiries by a dedicated team into the causes of the collision, including forensic work, analysis of phone records, hundreds of interviews and thousands of pieces of evidence.

The families of those who lost loved ones have now been informed of this update and will continue to be supported by specialist officers.

“For the past three years, my team have been working to uncover exactly what happened on the morning of 9 November 2016.

“This has involved simulating the circumstances of the derailment, speaking with hundreds of witnesses and collecting thousands of individual pieces of evidence. It has been a complex investigation undertaken by the Force.

“We know that this latest update may not be the news that many, including the family members who lost loved ones, had hoped for. But we are satisfied that every scrap of possible evidence has been scrutinised and, after lengthy consultation with the CPS, it has been concluded that the threshold to bring charges of manslaughter against the tram driver, TfL and Tram Operations Ltd, have not been met.

“Since November 2016, we’ve been working alongside the Office of Rail and Road who continue investigate whether Health and Safety legislation was breached during this incident. We will also work with HM Coroner to begin the process of preparing for the inquests of the seven people who lost their lives.

“Those seven men and women, along with their loved ones, and every person affected by the events on that morning, are very much still at the forefront of our minds.”

Thief jailed after 18 bikes are stolen from Hertfordshire railway stations

Edenbridge station gets a makeover with platform refurbishment The Office of Rail and Road prosecutes TfL, Tram Operations Ltd and the tram driver following the fatal...