August Bank Holiday Weekend saw the 8F head down to the Midlands from her home at Carnforth Steamtown to haul The Merchant of Avon to Stratford-upon-Avon.

The Merchant of Avon is a new railtour by West Coast Railtours which runs a couple of times in the summer from Burton-on-Trent to Stratford-upon-Avon. With the first two Merchant of Avons being hauled by 8F 48151.

The Merchant of Avon filmed on Sunday 25th August would be 48151s final railtour before withdrawal for overhaul, this however did not go fully to plan. With 48151 running very low on coal, it was decided to send out a rescue Class 31 from Nemesis Rail at Burton. This being 31128 Charybdis.

Here are some photos from the adventure: 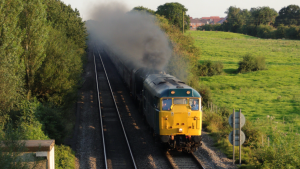 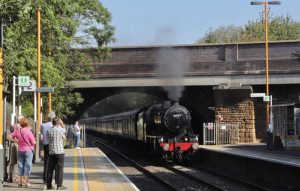 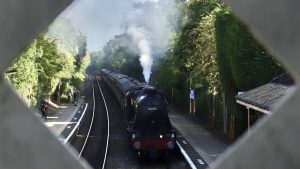 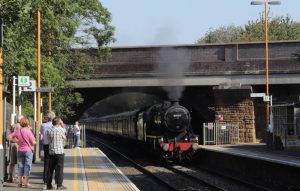 Rail passengers thanked as emergency repairs near Lancaster are completed

The chance give Greater Anglia Managers your views on the train service.

Exclusive! Can you help?

EXCLUSIVE: The Duke – The Impossible Dream – Past, Present and...

Michael Holden - 16th November 2019 0
Following on from this, we are delighted to announce that we have been contacted by The BR Class 8 Steam Locomotive Trust and they have provided us with an exclusive update on the history of the project, written by Trevor Tuckley. The update below is in its original unedited version
ABOUT US
Railway News, Pictures, Video Clips, and an event timetable from Railways Around the UK. Featuring news from Narrow Gauge and Standard Gauge Heritage Railways, along with news from the Train Operating Companies. Plus you can now share your own railway pictures and videos with our social network Locostop.
FOLLOW US
© RailAdvent 2014-2020