Dyer and Butler donate materials to the Helston Railway 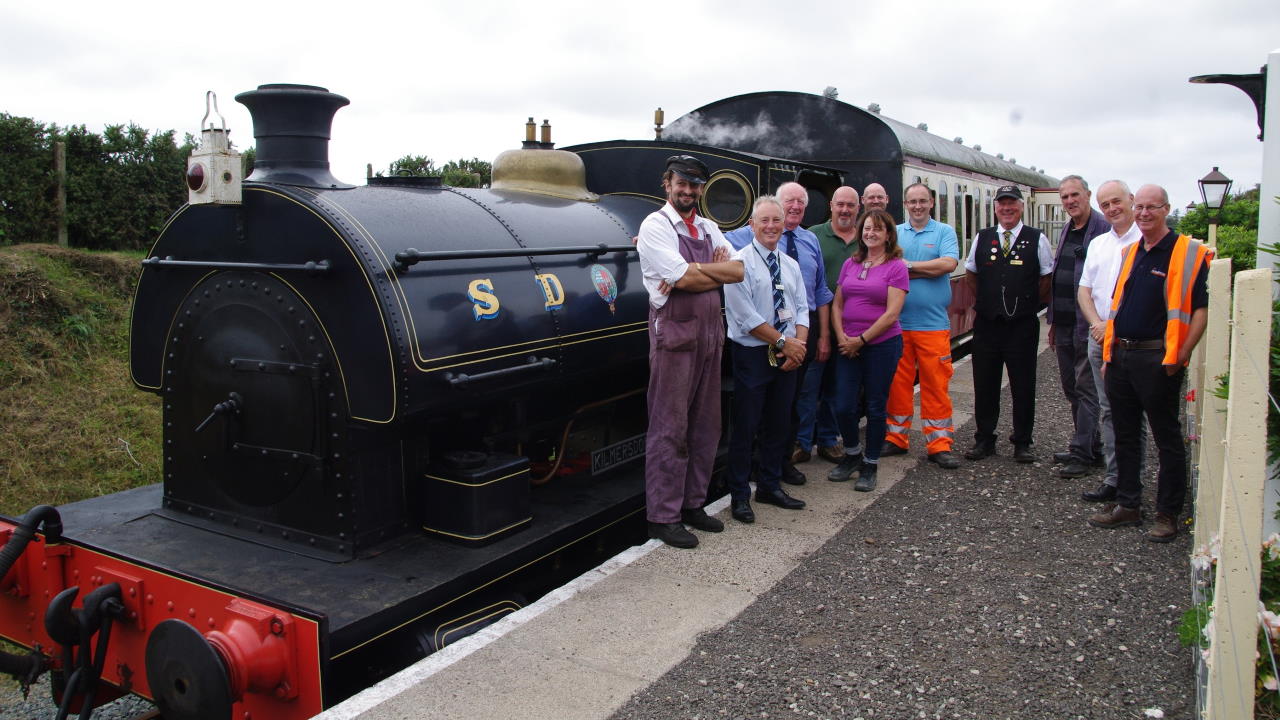 Dyer & Butler, who are a multi-disciplined engineering services specialist focused on essential infrastructure including airports, railways and highways, has announced that it has made a donation of surplus material to the Helston Railway heritage line.

The material has come from the refurbishment of St Erth railway station.

A number of Dyer & Butler, GWR and Network Rail employees involved in the St Erth station project visited Helston Railway for a formal handover of the materials which included sleepers, buffer stops and the original platform coping from St Erth station.

The donated materials were accepted by James Packman, chairman of the Helston Railway Preservation Company from Graham Marsland, senior site agent for Dyer and Butler.

“We at Helston Railway would like to express our gratitude to Dyer and Butler, in particular Graham Marsland, Senior Site Agent on the St. Erth station project and Matthew Kirk, Senior Contracts Manager, for their very generous donation of surplus railway materials, following the completion of the St Erth station refurbishment. These assets will be invaluable when we construct our new station at Prospidnick, near Helston. To have purchased these materials would have needed much fundraising and would mean that other items needed for the new station could not be acquired thereby taking much longer to complete the project.  So a very big thank you to Dyer and Butler.”

“It was great to see that materials arising from our works at the grade 2 listed St Erth station will be put to use locally at the volunteer run heritage railway, especially the original stone platform copers which would be very difficult to source elsewhere.”