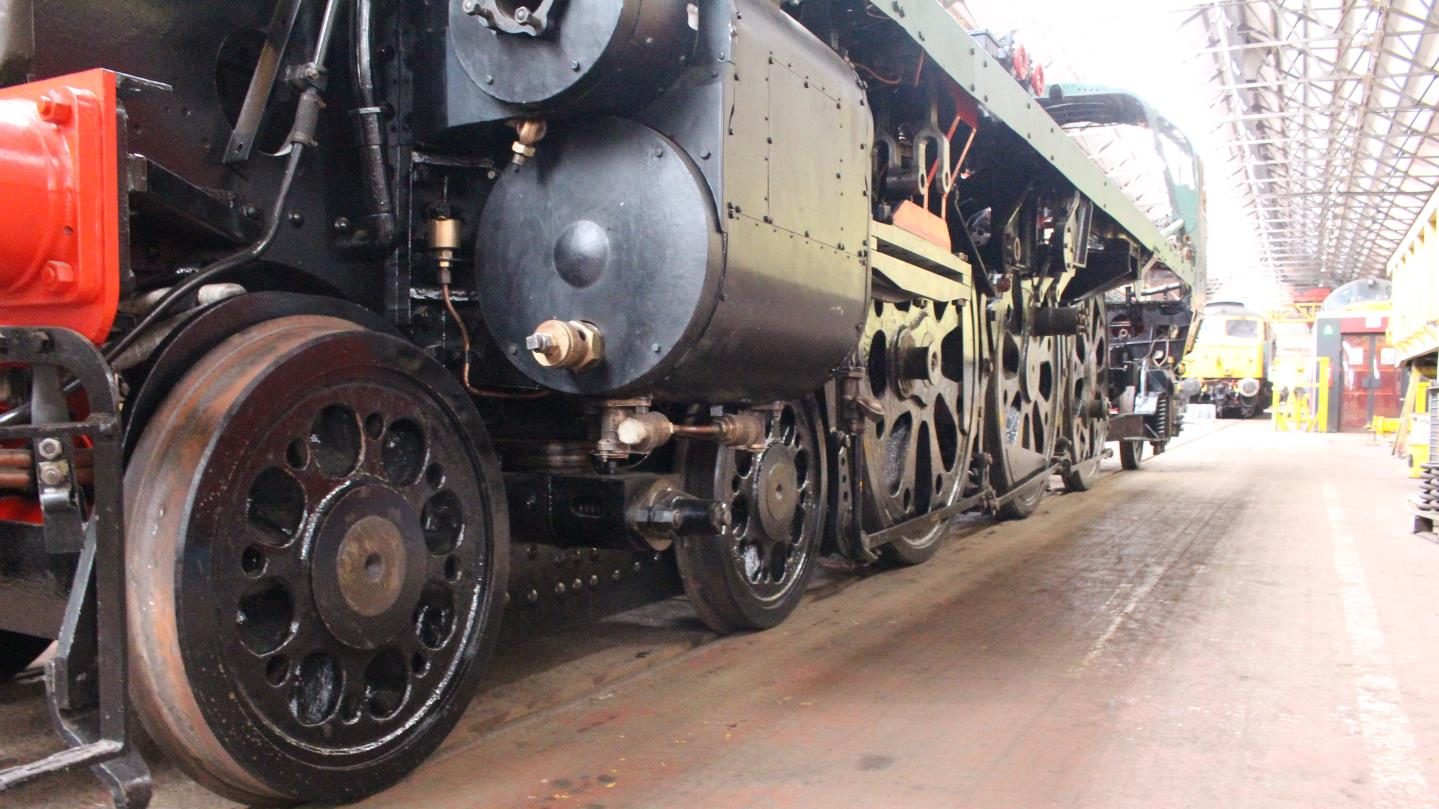 Another milestone has been reached in the heavy overhaul with the Bogie and Trailing Truck reunited with the frame, forming a 4-6-2 rolling chassis.

Several people between two teams helped achieve this milestone. Firstly, the frame had to be moved out of its current building (where its been for the past 8 years).

Once addressing some minor issues, the frame was in position. Two overhead cranes suspended the frame in the air while the bogie and trailing truck were moved ready for the frame to be lowed.

Slowly but surely, the pins were lined up and all three parts moved as one. The last task was to move the rolling chassis back inside, which went well.

The next move will take place when the boiler is returned to the frame.

For more information or to support the overhaul of 35005 “Canadian Pacific”, please visit their website here.