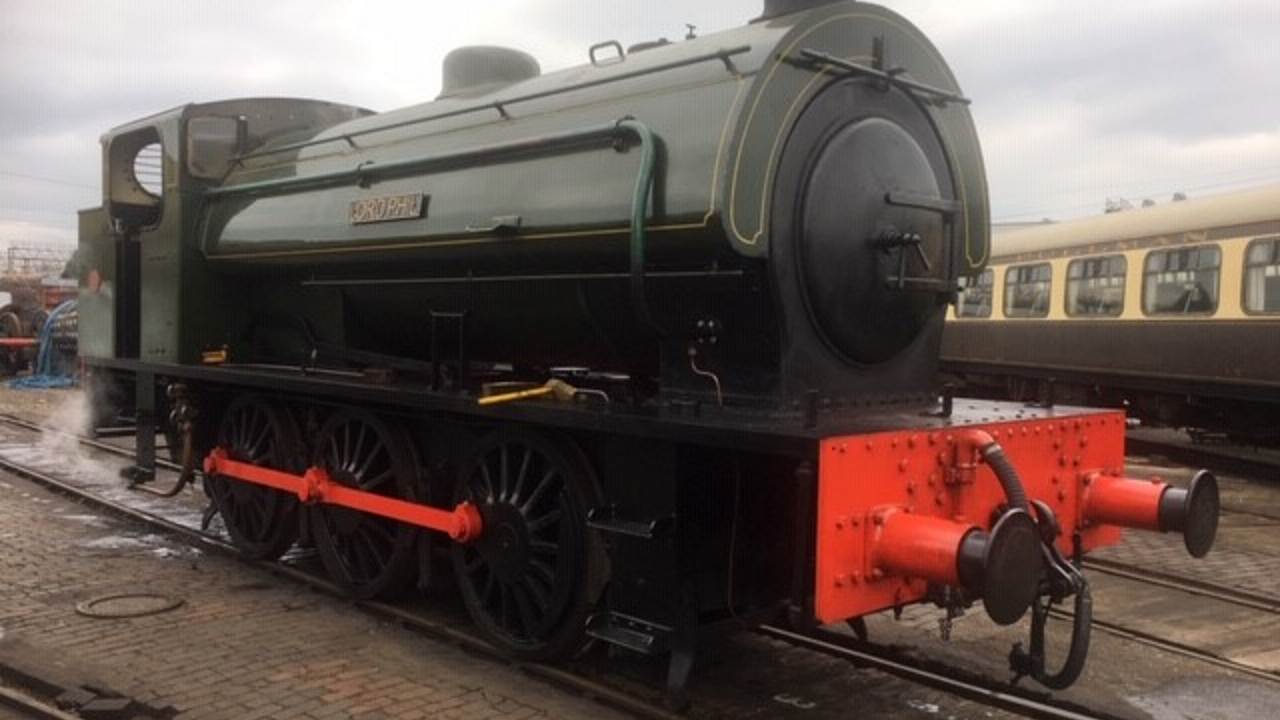 The Midland Railway – Butterley has announced that steam locomotive No. 3883 Lord Phil is the 2019 visitor to the railway.

The Hunslet WD 0-6-0 was built in 1944 for the War Department and is one of the large types of 485 Austerity locomotives, built for military and industrial use.

In 1962, it was given a new lease of life, being rebuilt as Hunslet 3883 as a trial for the Hunslet underfeed stoker and gas producer combustion system. 3883 was also used for dynamometer car trials at Kingham in April 1963.

The locomotive has been at the railway and has taken part in Easter weekend services.