Blackpool and Fleetwood tram No.40 heading for Beamish 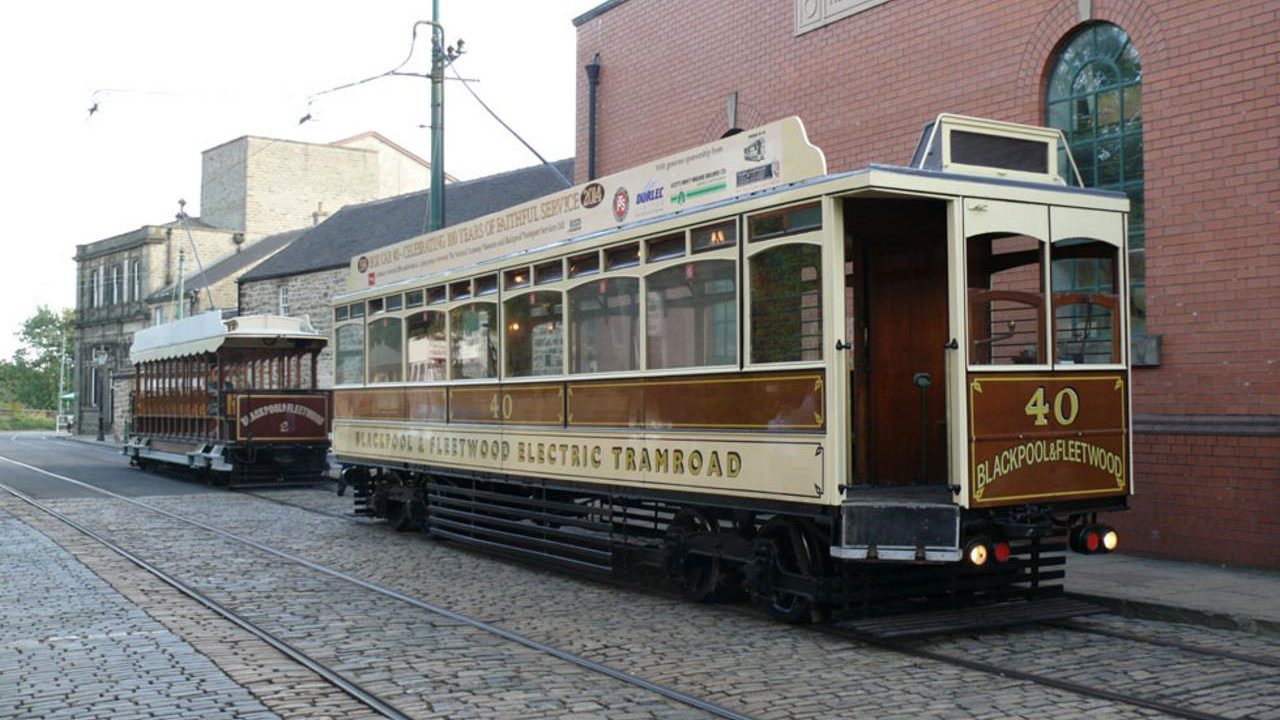 Crich Tramway Village has announced that Blackpool and Fleetwood 40 tram will be heading to Beamish Museum.

The tram will visit Beamish for their Great North Steam Fair in April and will then stay for an extended holiday until the end of August, before returning to the National Tramway Museum, in time for Crich’s 60th Anniversary event in September.

Blackpool & Fleetwood ‘Box’ 40 was originally built for the Blackpool & Fleetwood Tramroad Company in 1914. 40 is an example of a closed saloon tramcar. The tram had a working life in Blackpool until 1936 when it was withdrawn and was converted to a works vehicle. The tramcar was eventually donated to the Tramway Museum Society and arrived at the Museum here in Crich in October 1963.

The tramcar has operated most of its preserved life away from the museum on loan to both Heaton Park Tramway and Blackpool Transport Services.

Crich has said that they would like to thank Blackpool Transport Services who have looked after the tramcar whilst it has been on long term loan to them.

“We are really pleased to be working with Beamish again, to lend them Box 40 for the Great North Steam Fair. The event will be a great opportunity to see the tramcar operating with other heritage vehicles and we are especially pleased that it will again operate alongside Manchester 765 which is also visiting from the Heaton Park Tramway.

With the tramcar staying until late August, it means lots of visitors to Beamish will be able to ride on this special tramcar, and we are always looking for ways to share the National Collection with as many people as possible, to celebrate the countries tramway heritage.”

Matt Ellis, Keeper of Transport for Beamish, The Living Museum of the North said:

“Our Great North Steam Fair over 11th-14th April will showcase a wide variety of transport exhibits in operation around our extensive site. It is excellent that we can once again work with the National Tramway Museum for one of their exhibits to take part in the event. The ability for Box 40 to stay until late August will bring variety for our regular visitors for the summer season.”