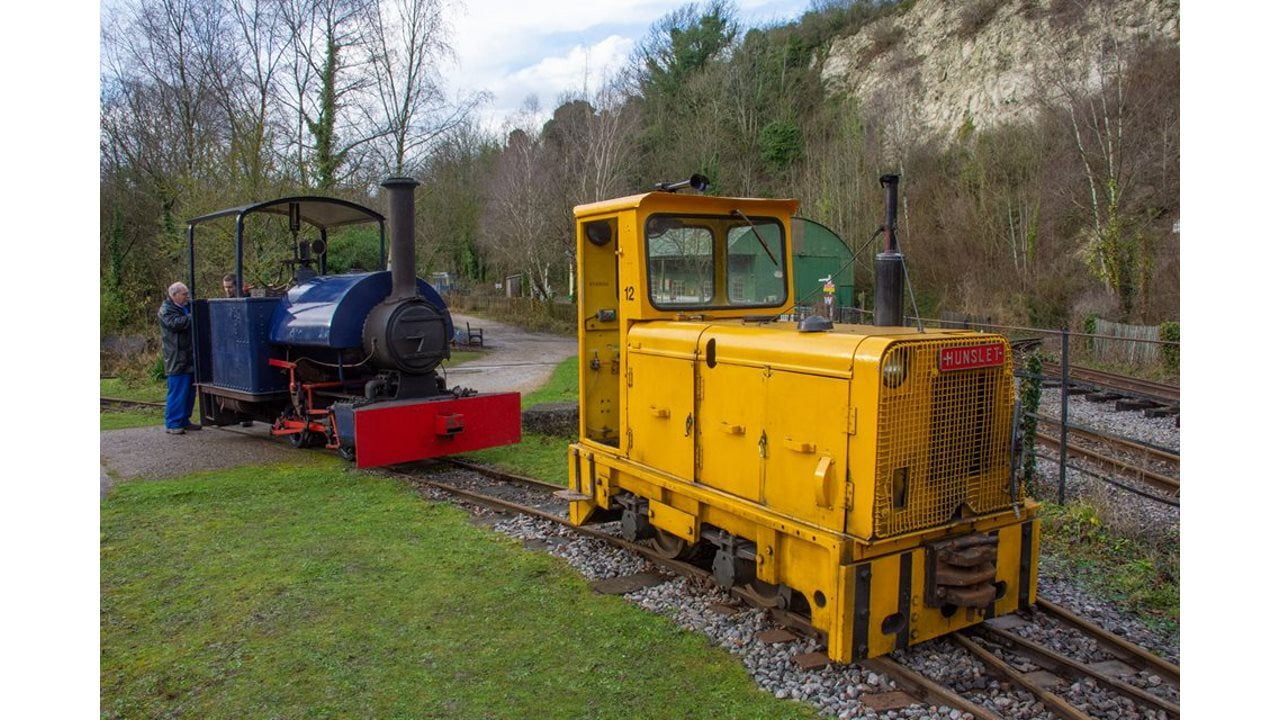 Wendy the Bagnall will be based at Amberley Museum in Sussex for their 2019 season. ‘Wendy’ is at Amberley to fill in for her classmate Bagnall ‘Peter’ while he goes for a full overhaul.

These dates will be available on the Amberley Museum website on the 16th February.

‘Wendy’ is apart of the Hampshire Narrow Gauge Trust who have lent the locomotive to Amberley for their season.

Amberley are fundraising for ‘Peter’s overhaul so please do go and donate so we can see this amazing locomotive back on the rails! Click here for more information.

A bit of  history on ‘Wendy’

Ordered during the First World War by the Ministry of Munitions from W.G.Bagnall Ltd. of Stafford, 0-4-0 saddle tank “Wendy” was not completed by the Armistice. She was sold in 1919 to the Votty and Bowydd slate quarry at Blaenau Ffestiniog. By 1930 she had been transferred to the Dorothea Quarry at Nantlle, acquiring her name there. She fell out of use around the end of the Second World War, to moulder away in the quarry.

Bought by the embryo H.N.G.R.S. in the early nineteen sixties, her purchase price of £30 was not the bargain which might be thought. A sister engine in working order changed hands around the same time for about the same amount! Rebuilt between 1969 and 1979 she ran, firstly, on a private site in Hampshire, then, briefly, at a holiday centre on Hayling Island, before transfer to Kew Bridge Steam Museum. She then had a most successful stay at the Amberley Chalk Pits Museum. Wendy has proved a good servant which more than justified the major overhaul she received in 2012, although now based at Bursledon Brickworks Museum she has also run at Hayling Seaside Railway pulling their passenger train services along the front at Hayling’

A new book has been released by The Crowood Press and author David Tucker recording rail journeys in...