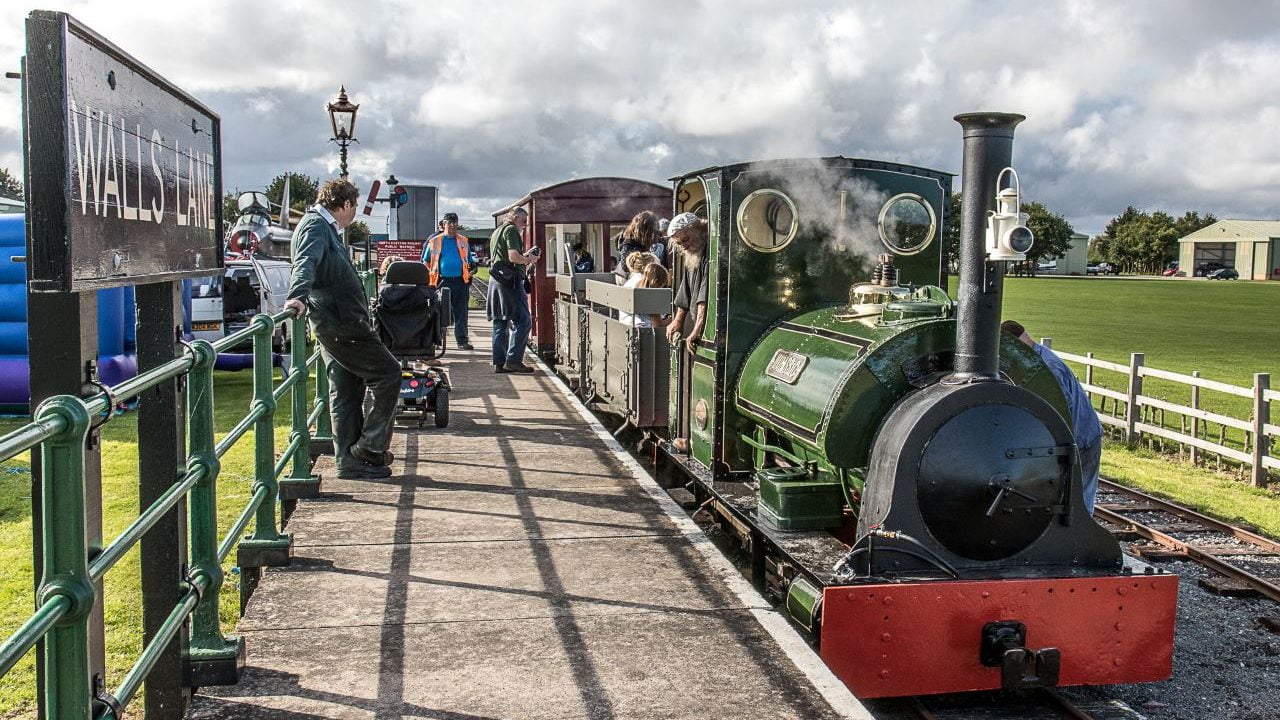 The Lincolnshire Coast Light Railway has announced that in 2019 it will be celebrating 10 years of operating at the Skegness Water Leisure Park.

To celebrate, fares will be held at just £1 return for adults and children (aged three and over).

Major improvement work is taking place on the Railway during the winter and spring months after the successful extension. The track in and around the station at Walls Lane is being upgraded with newer, heavier rails to replace ones that date back to the First World War.

The line’s 0-6-0 tank engine, Jurassic, returned to steam in 2018. Now, the locomotives saddle tank, which carries water, has been removed and sent to the Statfold Barn Railway to be rebuilt using traditional riveting techniques.

Jurassic has proved popular with visitors, who have travelled from all over the UK to see her at work in 2018.

It’s hoped that she will be back at Skegness and in steam and working alongside the line’s fleet of historic Motor Rail “Simplex” diesels, for an Open Day on Saturday 13th July 2019 which will mark the 10th anniversary.

The 2019 season will start with a free service for the annual Caravan Show at the Skegness Water Leisure Park on Saturday 15th June, when no fares will be charged.

Trains will normally run from 11.00 – 15.45, subject to the terms and conditions of the Lincolnshire Coast Light Railway Co. Ltd.

“Ten years after the Lincolnshire Coast Light Railway resumed operations, we have made extraordinary progress. We’ve been honoured with a Royal visit and operated a Royal Train; we have returned Jurassic to service and converted one of our First World War bogie wagons to a disabled access vehicle; the station at Walls Lane has been extended and provided with a shelter and we have acquired an invaluable shunting locomotive, Sark.

“The value to Britain’s railway and military heritage of our collection has now been widely recognised and the increasing number of people coming to travel on the line – and in some cases to work as volunteers – shows that all the hard work involved in restoring the LCLR has been worth it. There’s much more to do and endless potential – and the resort of Skegness is rightly proud to be the home of this extraordinary heritage railway”.